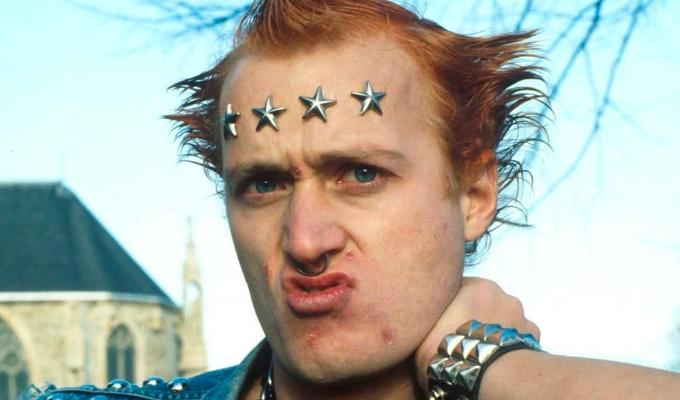 Vyvyan from the Young Ones was played by Adrian Edmondson. A heavy metal fan with a punk haircut, Vyv was a medical student and the most unpredictable character in the Young Ones.

Vyvyan from the Young Ones

British comedy series The Young Ones was focused around four students sharing a hour in 1980s Britain. Thatcher’s Britain to be more precise! Of these four characters, Vyvyan stood out as the violent and nihilistic one. 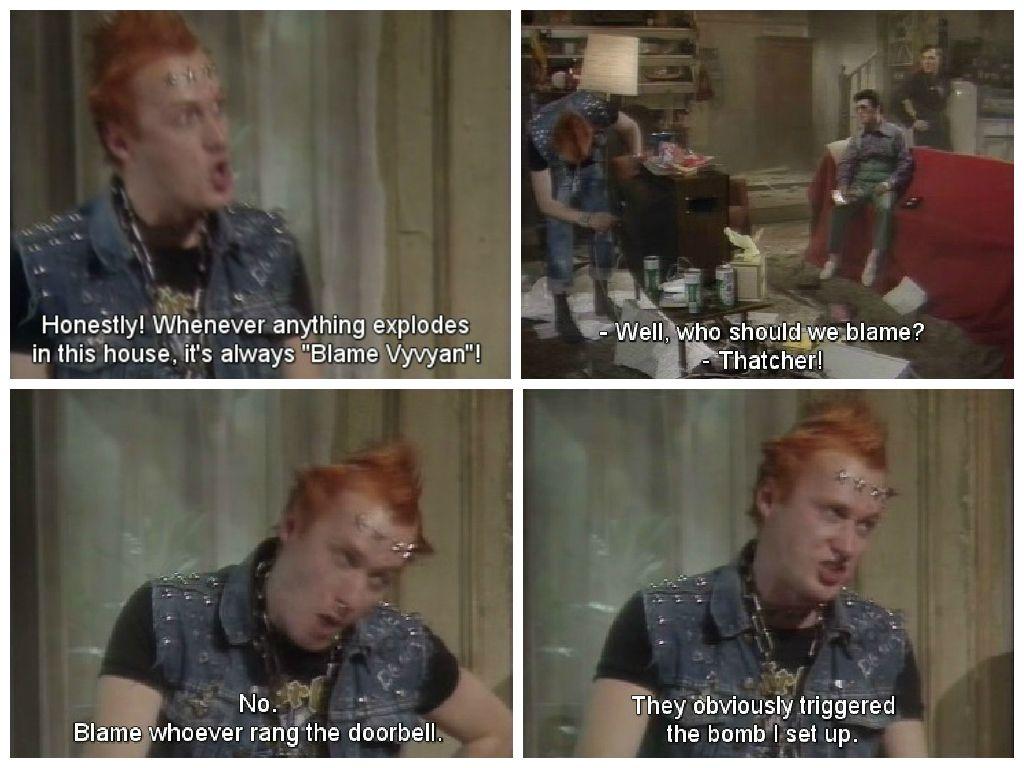 Even though he was a medical student, this didn’t stop him from picking fights with anyone and everyone, including his housemates Rick and Neil. He showed great deference to Mike on the other hand. 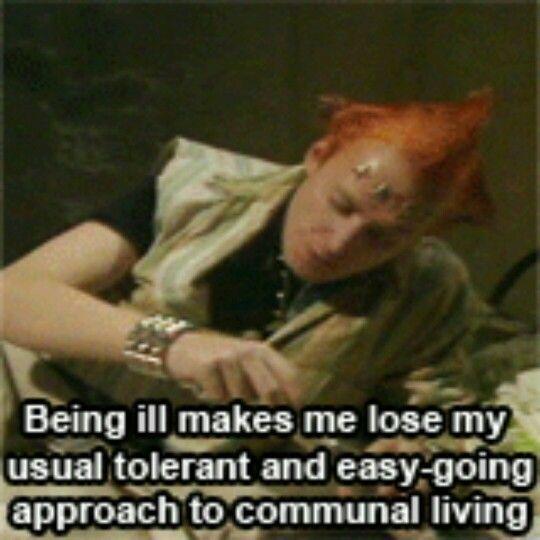 Vyvyan (full name: Vyvyan Basterd) was played by Adrian Edmondson, and is instantly recognizable with his bright orange hair. This has led many people to say that Vyvyan was into punk music, however he always wears heavy Metal T-Shirts, and his trademark denim jacket says Very Metal on the back. Motorhead even appeared on the show singing The Ace of Spades – an iconic moment!

Here’s a look at the most quotable lines and moments from Vyvyan’s appearances in the two TV series of the Young Ones. 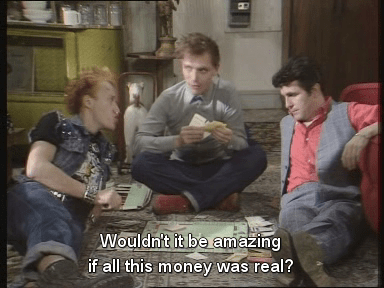 Vyvyan: That is the single most predictable and BORING thing that anyone could ever say whilst playing Monopoly. 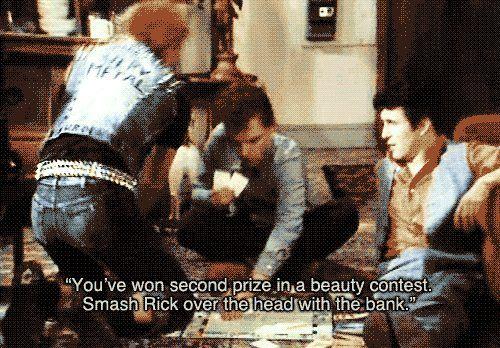 Vyvyan: This calls for a very special blend of psychology and extreme violence. 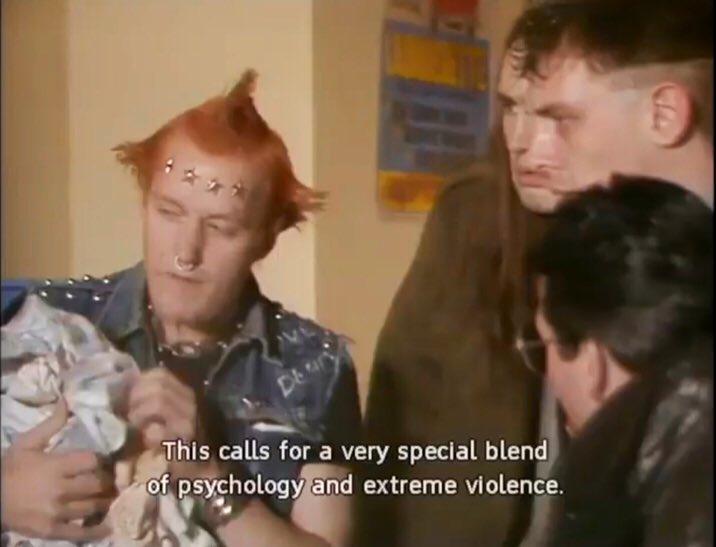 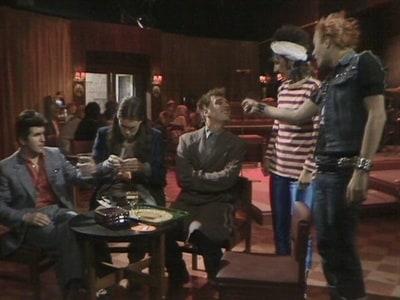 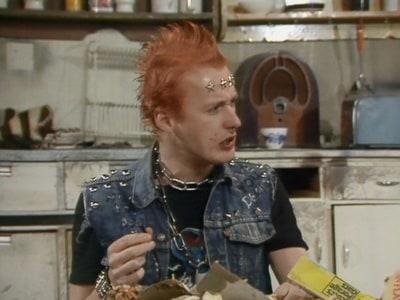 Vyvyan: “You can’t clean the toilet Neil, it’ll lose all its character.” 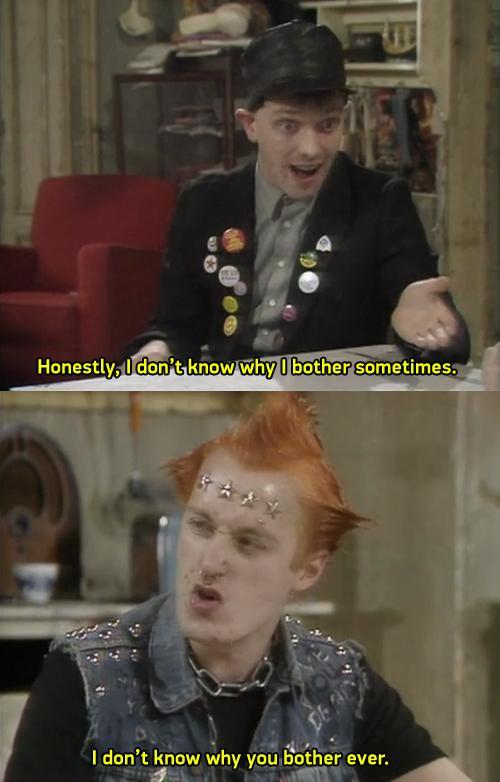 Vyvyan: I must be hallucinating. What’s a good thing for a hangover?

Mike: Drinking heavily the night before.

Vyvyan: It was in the sequel, “Bambi Goes Crazy Ape Bonkers with his Drill and Sex”

Vyvyan: “Neil, is it really necessary to nail the plates to the table? What happens when we want to play Monopoly? Go directly to plate? Do not pass plate nailed to the table by a stupid hippie?”

Vyvyan: “It’s alright lads, I always poo before I get up.” 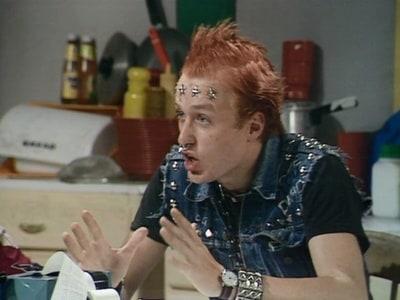 Vyvyan: “Do not lean out of the window.” I wonder why? 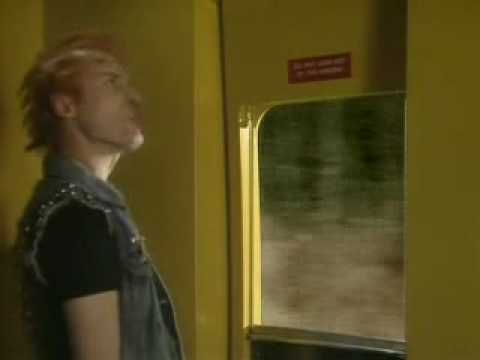