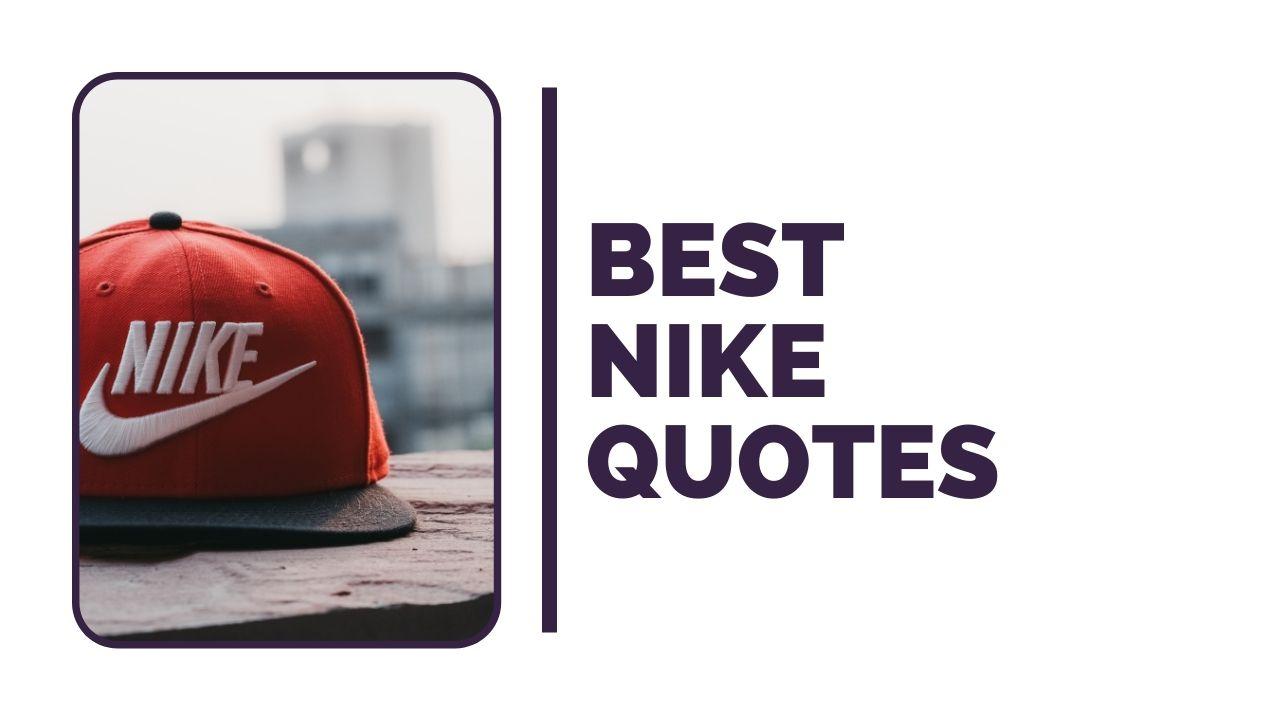 This collection of Nike quotes is perfect when you need extra motivation to get through your workout or day.

Training is the opposite of hoping. 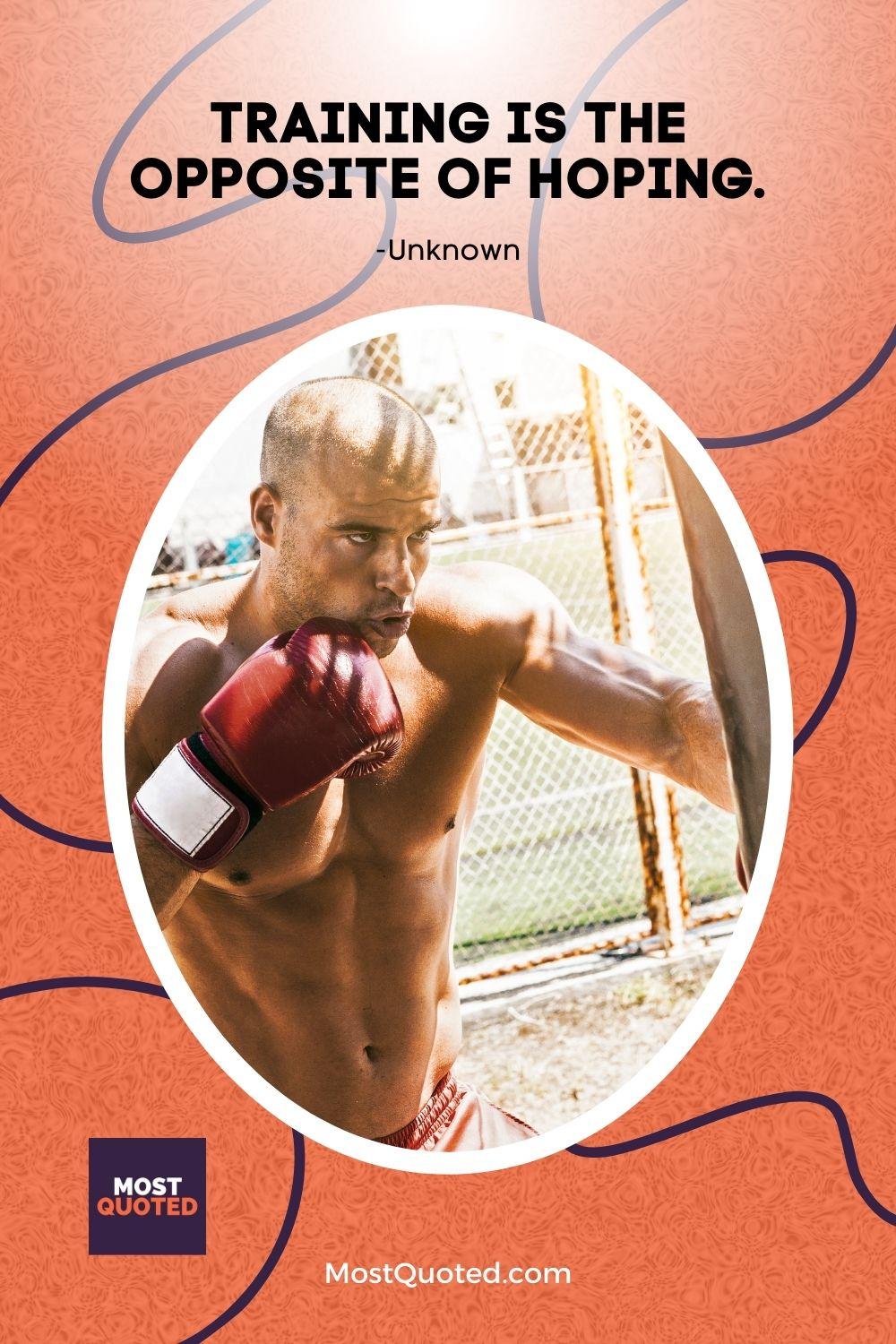 With each step comes the decision to take another. You’re on your way now. But this is not the time to dwell on how far you’ve come.

There are clubs you can’t belong to, neighborhoods you can’t live in, schools you can’t get into, but the roads are always open.

The only time you must not fail is the last time you try. 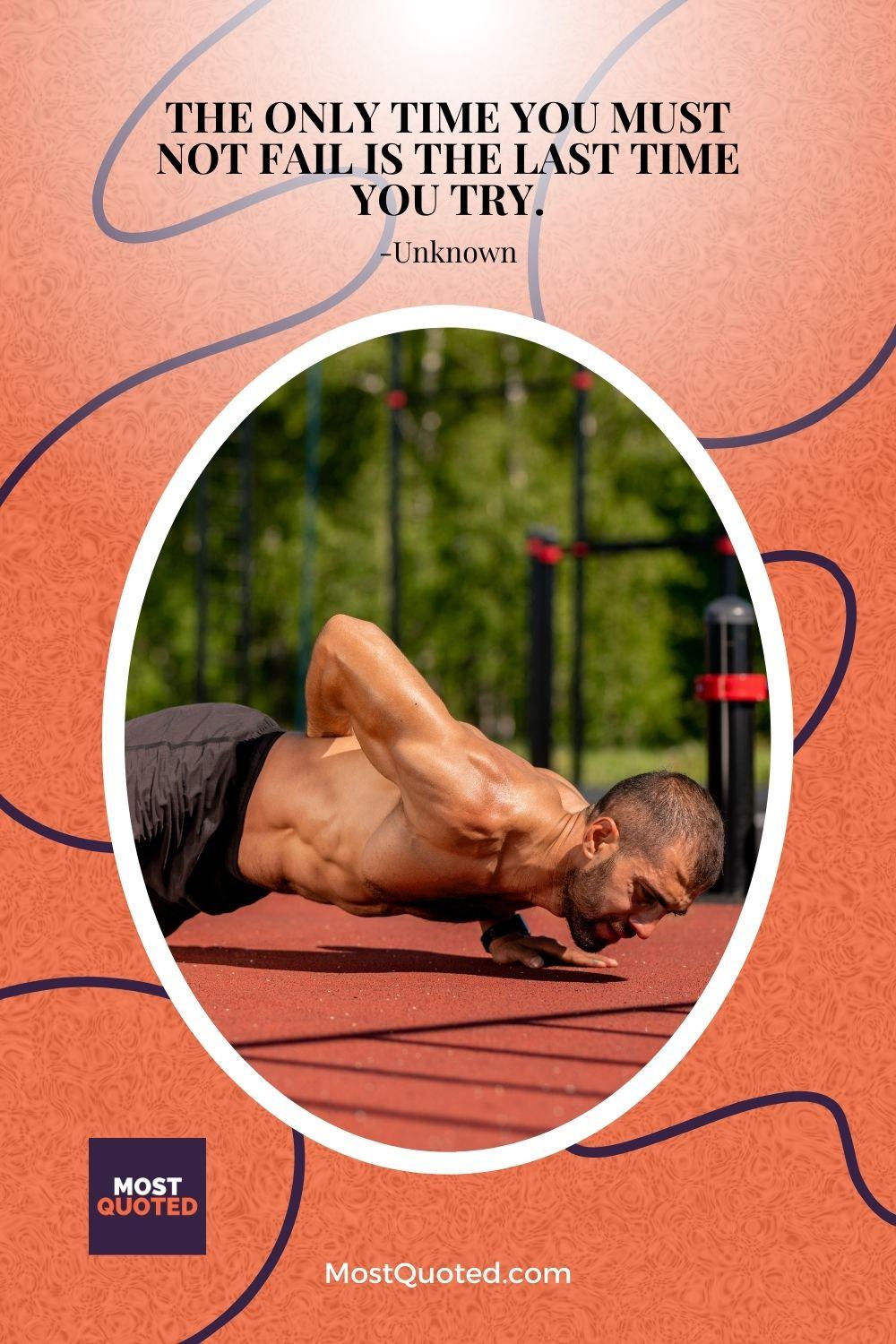 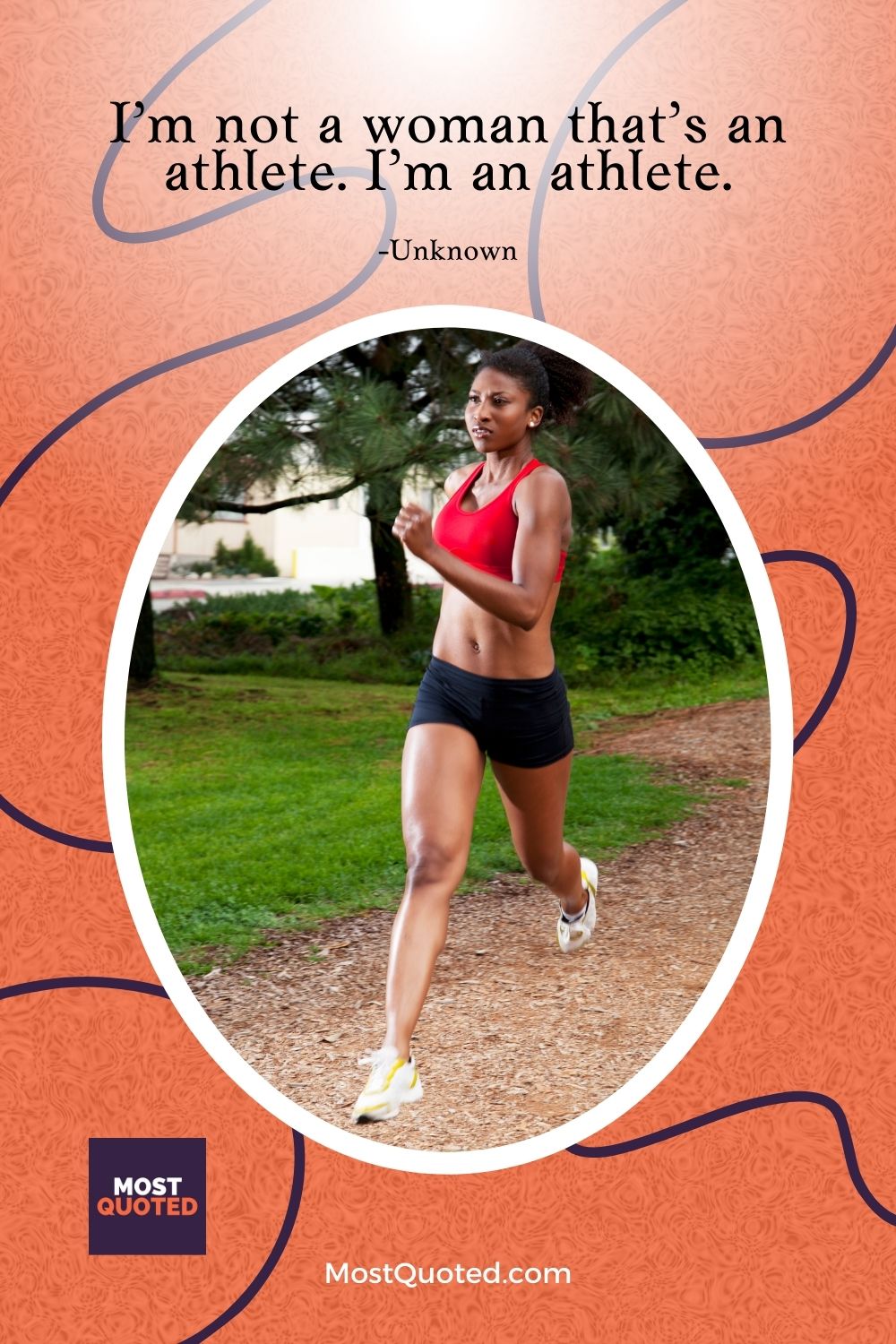 If you have only one hand, don’t just watch football. Play it. At the highest level.

If you’re a girl from Compton, don’t just become a tennis player. Become the greatest athlete ever.

When your time comes and a thousand different voices are trying to tell you that you’re not ready for it, listen instead to that lone voice of dissent. The one that says you’re ready, you’re prepared, it’s all up to you now.

This is not about lowering expectations. It’s about raising them for every one of us.

You’re a lion in a field of lions. All hunting the same elusive prey with a desperation that says victory is the only thing that can keep you alive.

Quotes to do with Nike

Don’t believe you have to be like anybody to be somebody.

Someone who is busier than you is running right now.

It’s not where you place, it’s how hard you worked to get there.

Do not ask if your dreams are crazy. Ask if they’re crazy enough.

My better is better than your better.

Greatness needs a lot of things but it doesn’t need an audience.

Don’t become the best basketball player in the world. Be bigger than basketball. 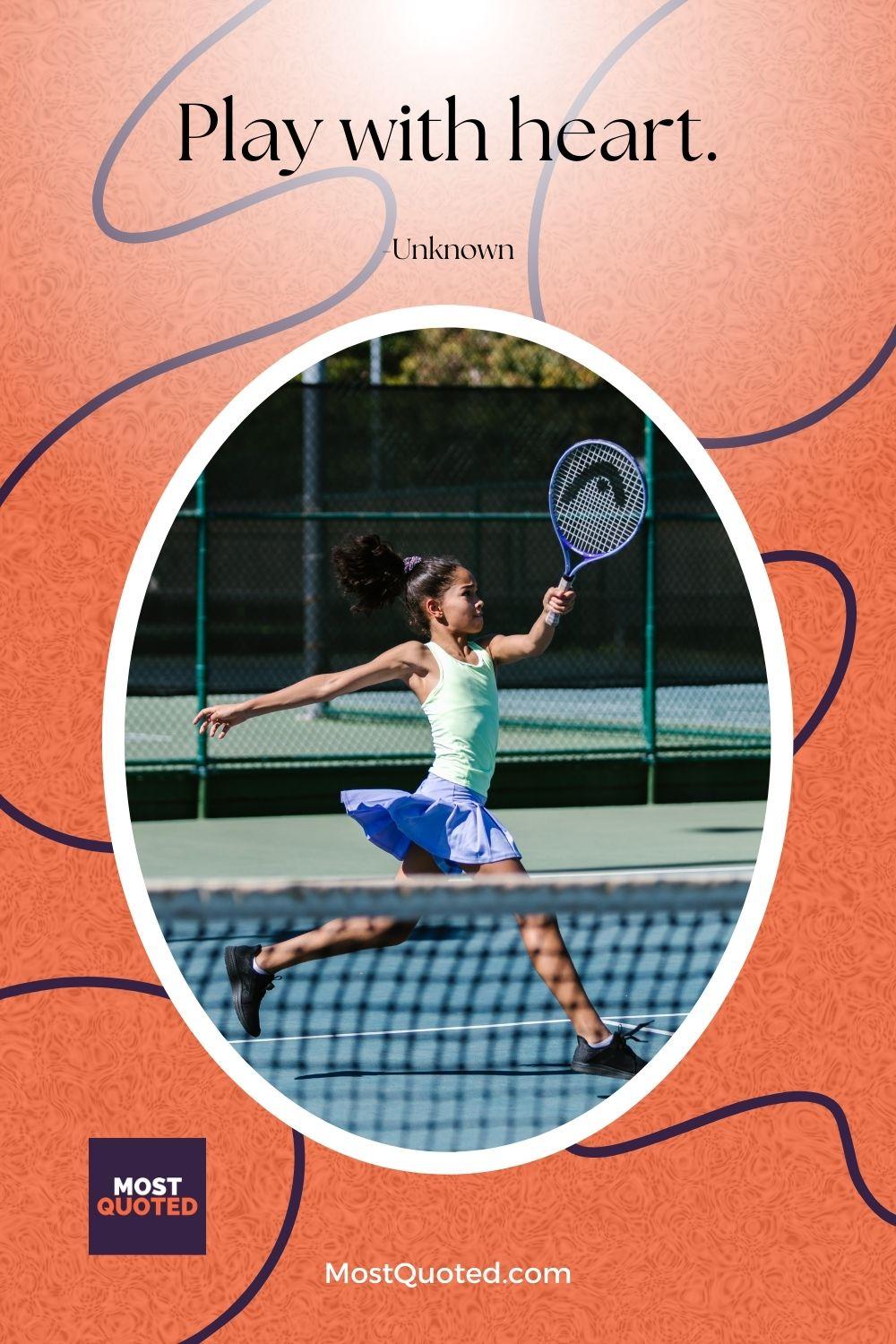 Some people are told they were born with greatness. Some people tell themselves.

You’re in a fight with an opponent you can’t see but you can feel among your heels. Feel them breathing down your neck. You know what that is? That’s you. Your fears, your doubts, and insecurities all lined up like a firing squad ready to shoot you out of the sky. But don’t lose heart. While they’re not easily defeated, they’re far from invincible.

Don’t run away from challenges. Run over them. 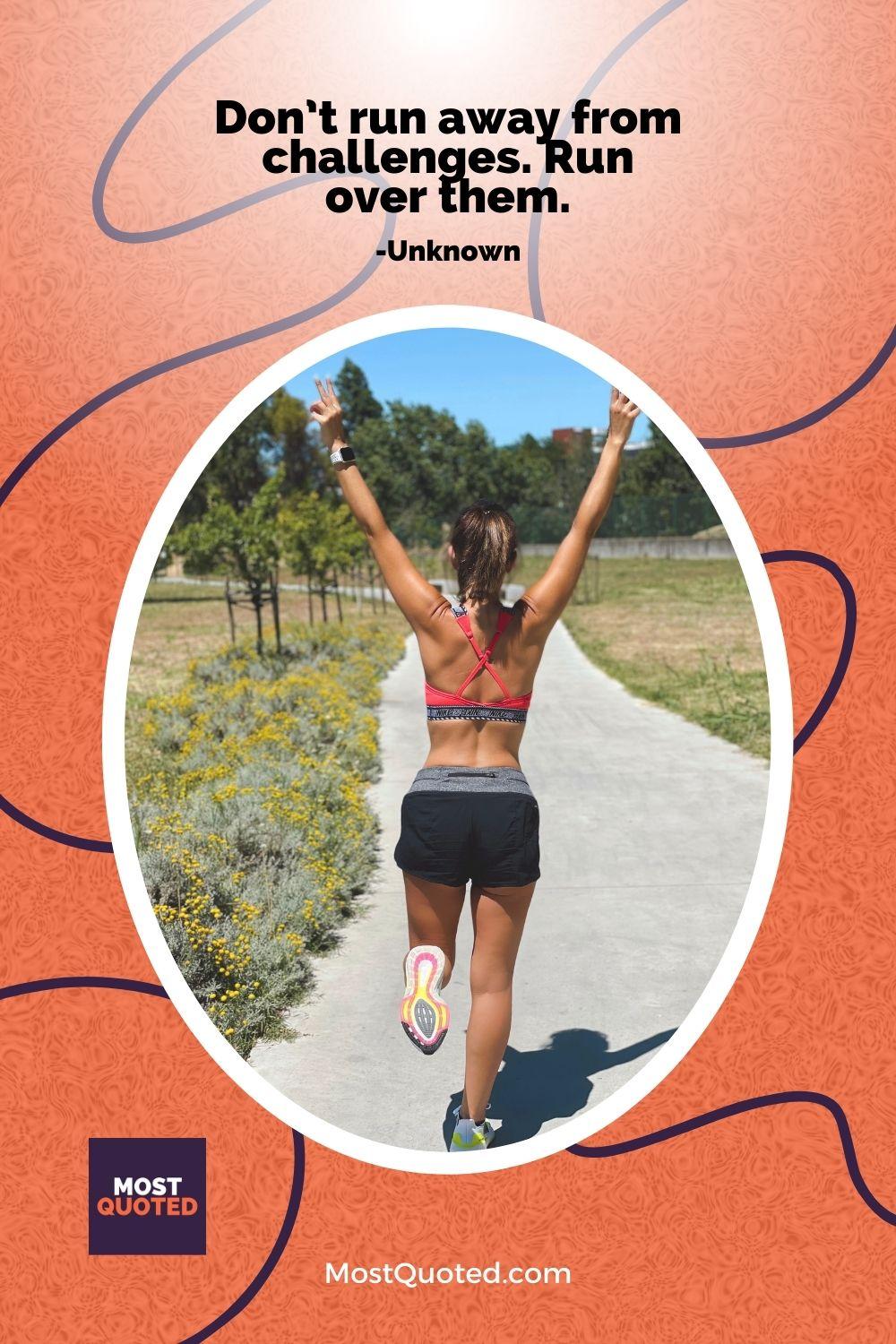 Your opponents are stronger than you. Drown out the voice of uncertainty with the sound of your own heartbeat, burn away your self-doubt with the fire that’s beneath you.

Failure’s not an option. It’s a step. 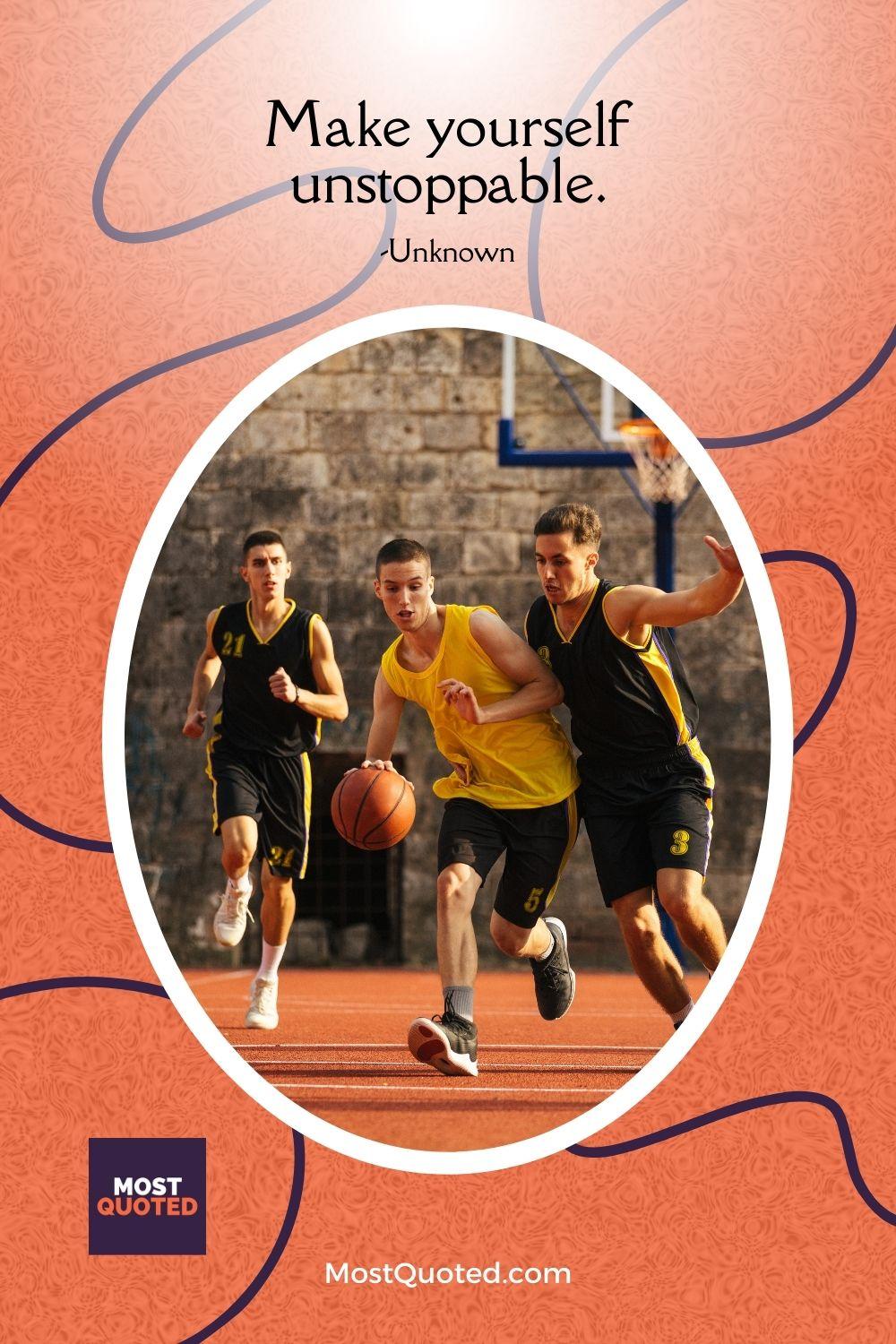 The only one who can tell you You can’t is you. And you don’t have to listen.

Success isn’t given, it is earned. On the track, on the field, in the gym. With blood, sweat, and the occasional tear. 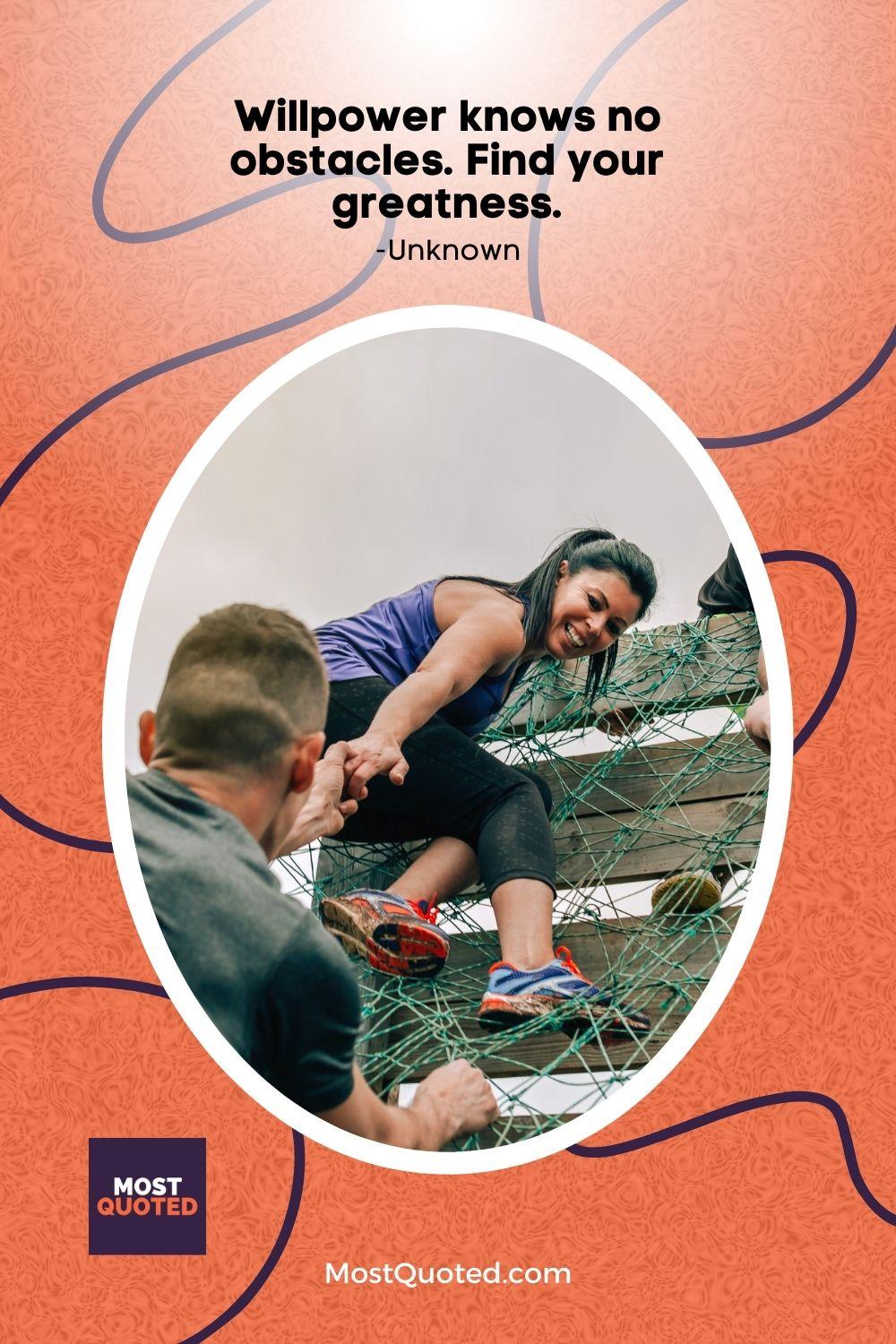 Believe in something. Even if it means sacrificing everything. 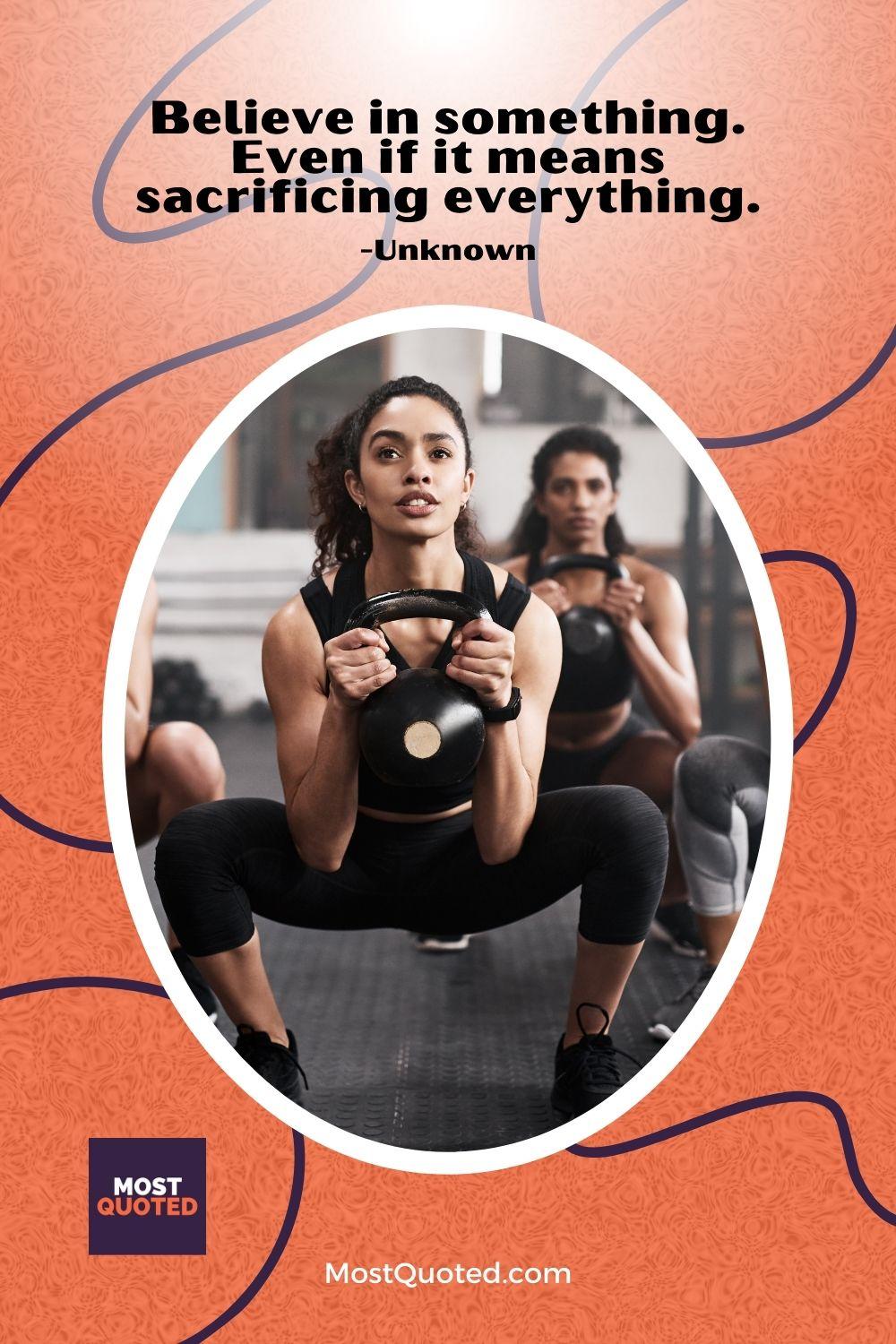 Luck is the last time wish of those who want to believe that winning can happen by accident. Sweat, on the other hand, is for those who know it’s a choice. So decide now. Because destiny waits for no man.

If they talk about the greatest team in the history of a sport, ensure it’s your team.

It’s alright to be Goliath, but always act like David.

Somehow we’ve come to believe that greatness is reserved for a chosen few, for the superstars. The truth is, greatness is for all of us.

If you’re born a refugee, don’t let it stop you from playing soccer for the national team at age sixteen.

Don’t settle for homecoming queen or line back. Do both.

Just do it. Then do it again. 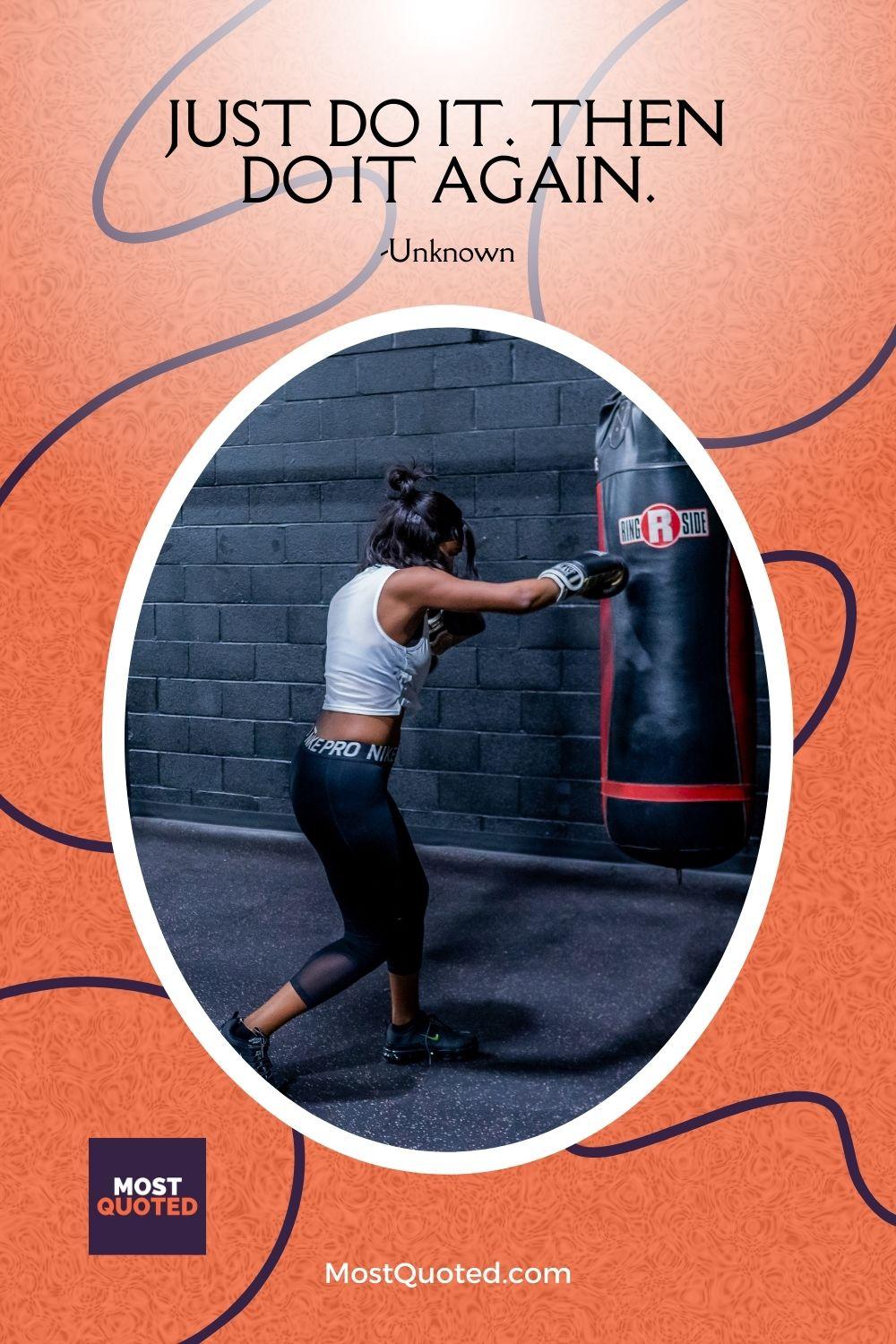 Greatness is a scary thing until it isn’t.

All you have to do is pick up your feet. 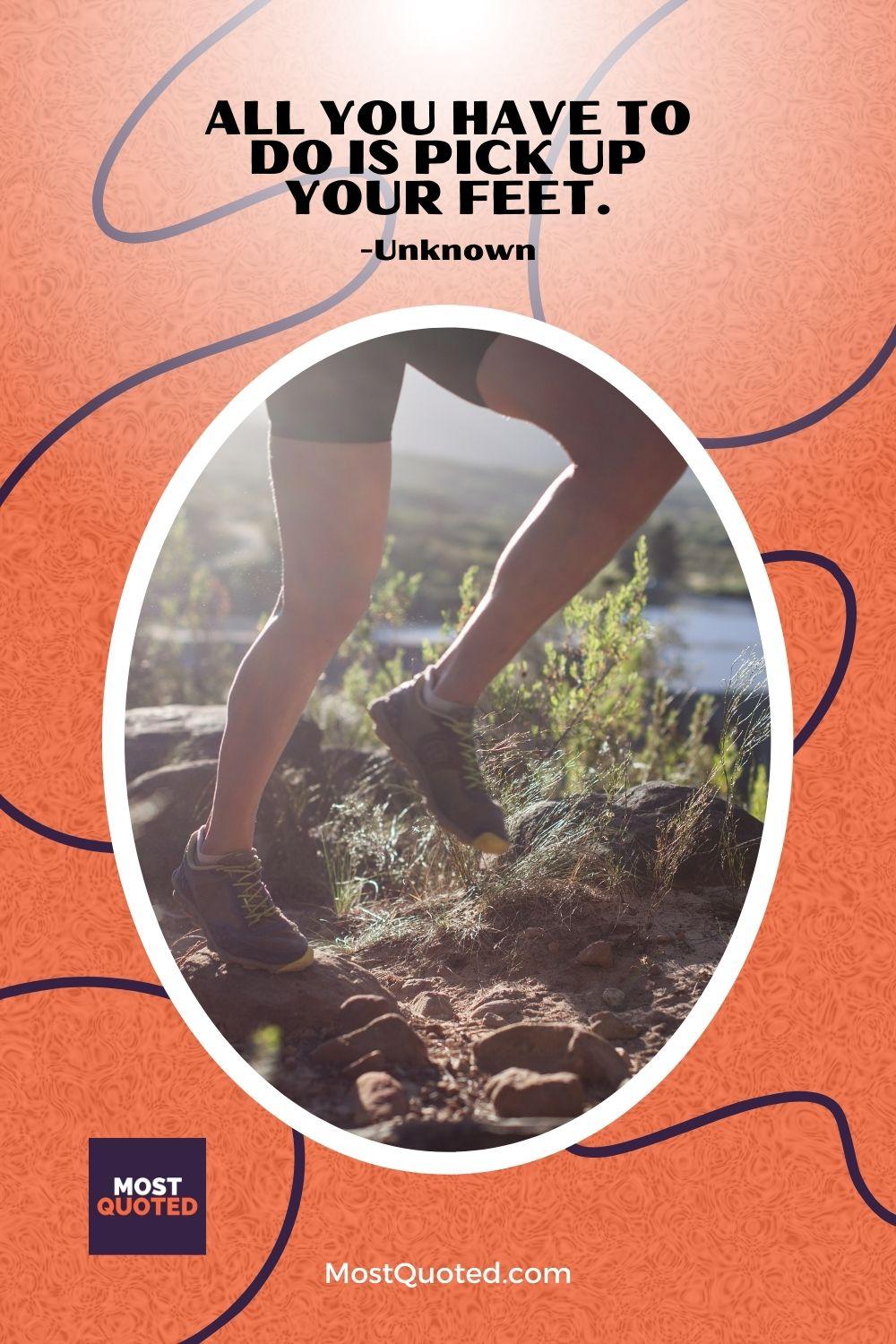 Strike fear or get struck.

Running never takes more than it gives back. Believe in the run.

What you do is up to you. Just do it.

I believe in redefining my impossible.

Just do it! Well, later!

If you try to tell the guy with a sword that he’s not great because he’s not famous, be my guest.

Lose 120 pounds and become an iron man… after beating a brain tumor.

Remember, this is the grind. A battle royale between you and your mind, your body and the devil on your shoulders telling you that this is just a game. This just a waste of time.

My feet hurt. From kicking so much ass.

6 A.M. and your hand can’t make it to the alarm before the voices in your head start telling you that it’s too early, too dark, and too cold to get out of bed. Aching muscles lie still in rebellion pretending not to hear your brain commanding them to move. A legion of voices are shadowing their unanimous permission for you to hit the snooze button and go back to dreamland. But you didn’t ask for their permission. The voice you’ve chosen to listen to is one of defiance. A voice that says there’s a reason you set that alarm in the first place. So sit up, put your feet on the floor and don’t look back because we’ve got work to do.

There is always an underlying spirit of invention at Nike – we love to create something that has never before existed. And not just new for the sake of new – it has to be better.

If people say your dreams are crazy, if they laugh at what you think you can do, good. Stay that way. Because what the non-believers fail to understand is that calling a dream crazy is not an insult. It’s a compliment.

If greatness doesn’t come knocking at your door, maybe you should go knock on its door.

It’s only crazy until you do it. 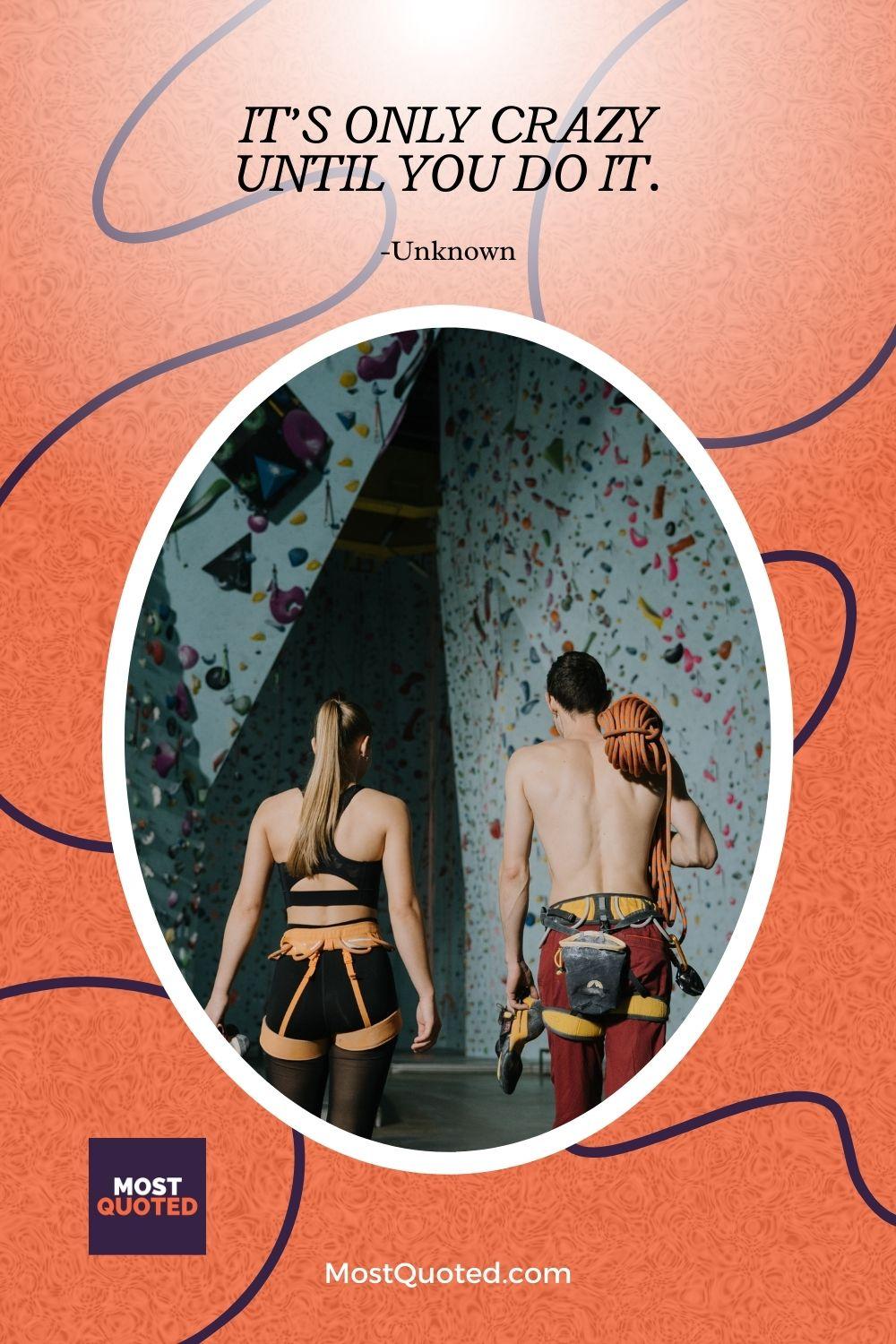 Set goals. Exercise. Love yourself. Focus on fitness. Rest and relax. Eat right. Smile. Portray positive. Enjoy life. Care for others. Tell yourself you can do this.

Greatness is not born, it is made. 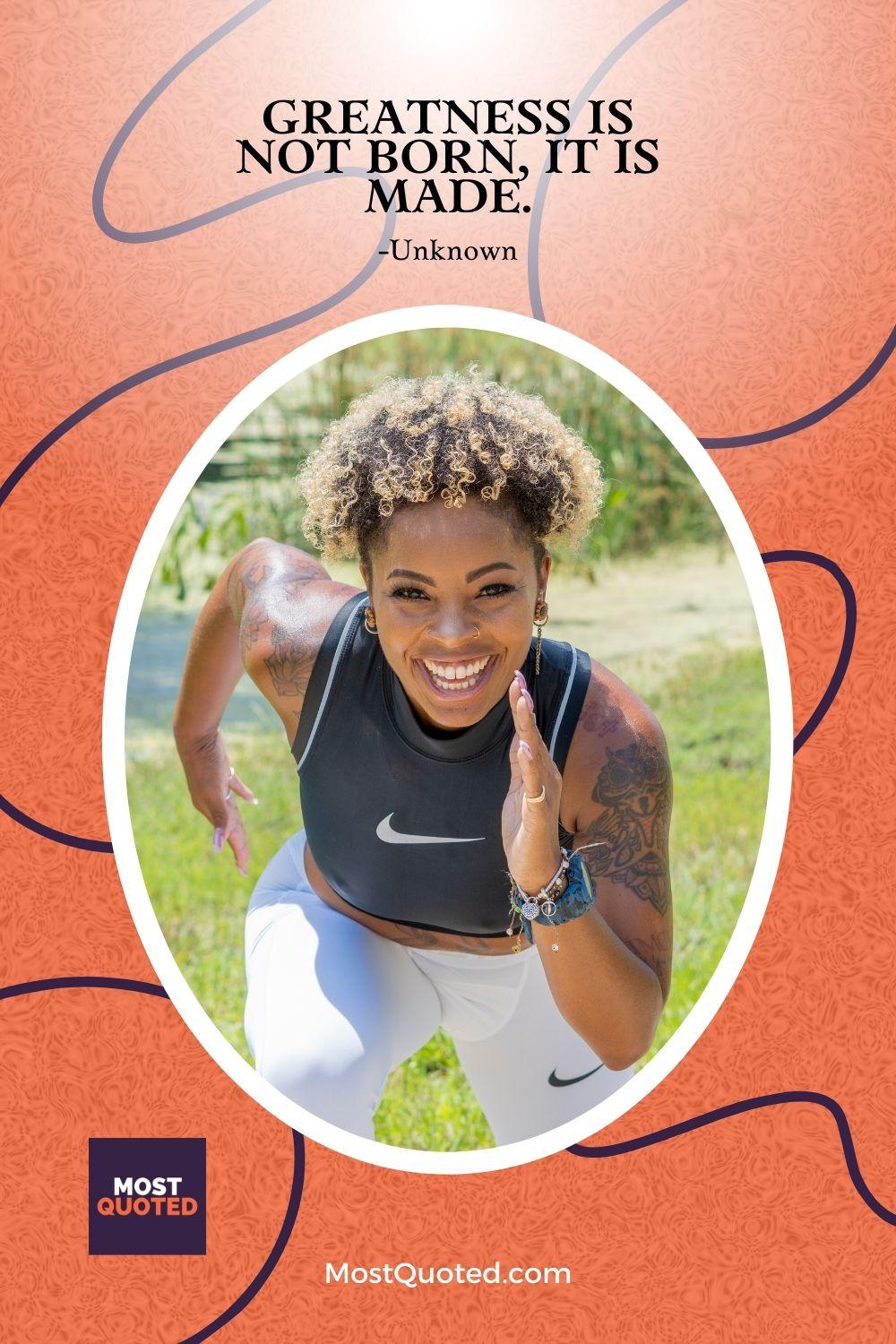 I may be over the top on this, but I just don’t want to like my competitors. I want my people to believe that whenever he and our other competitors succeed, we will be less able to do all the things we want to do. 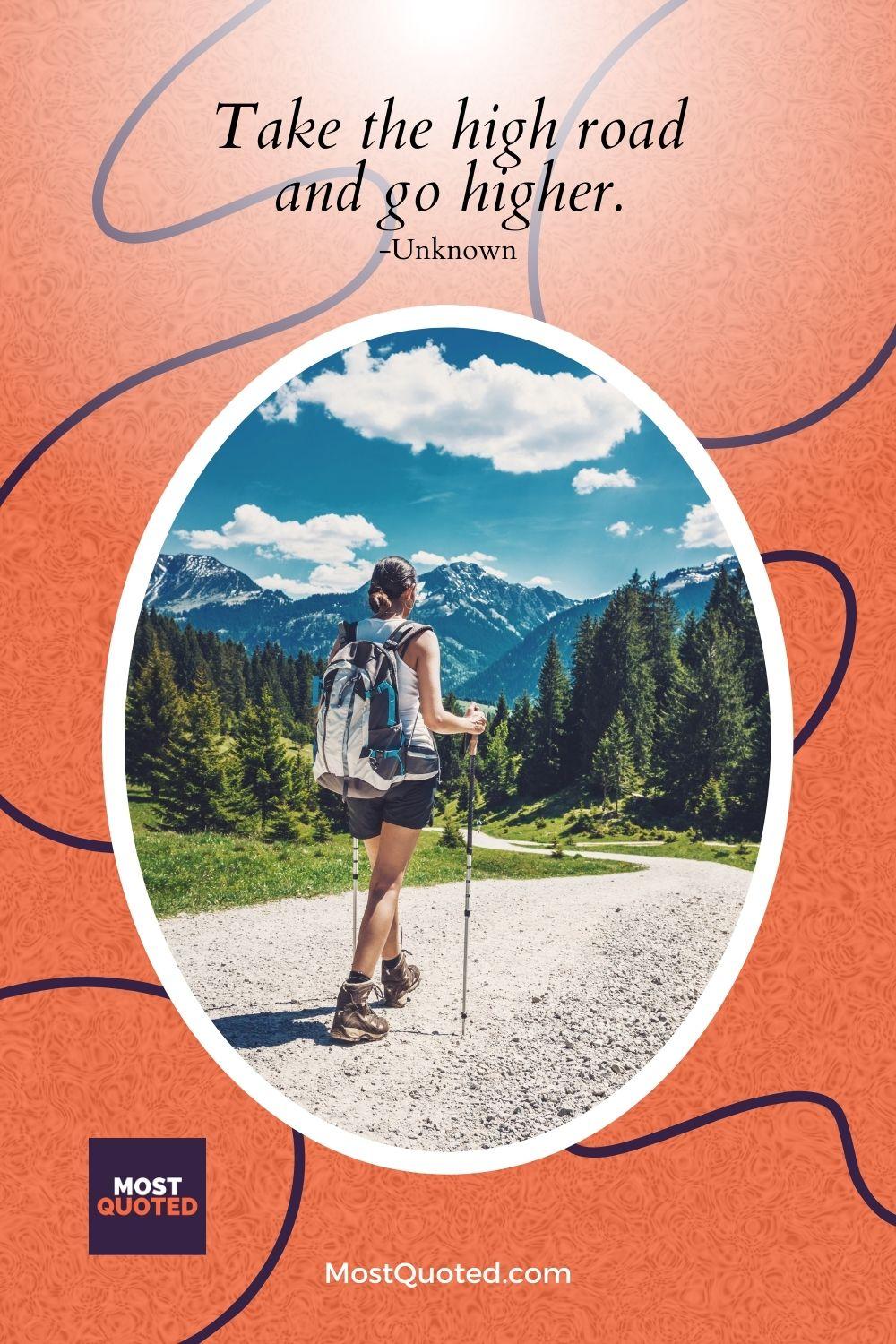 Fear less. Do more. Get outside and get after it. 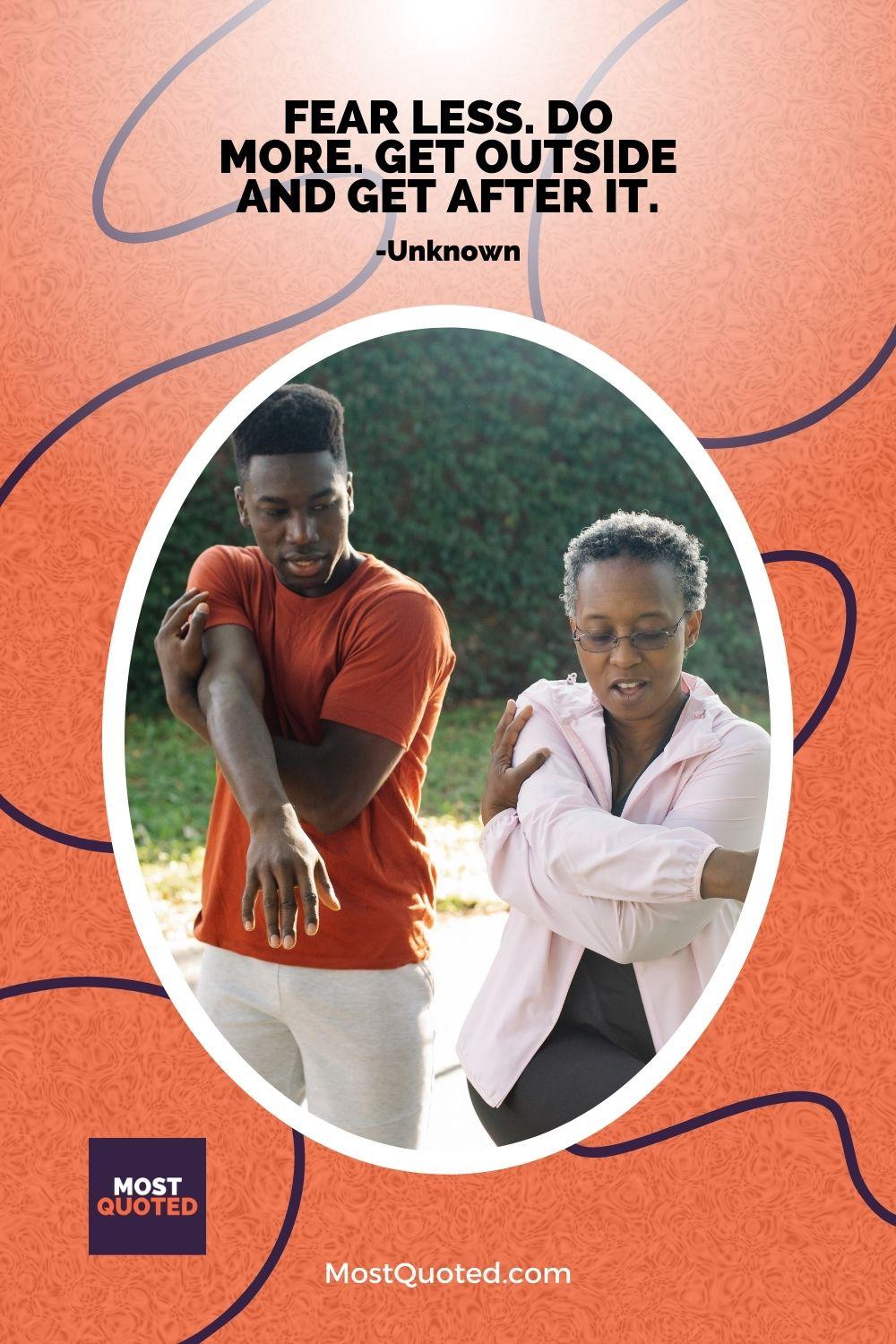 For what is each day but a series of conflicts between the right way and the easy way. Ten thousand streams fan out like a river delta before you, each one promising the path of least resistance. Thing is, you’re headed upstream.

Nike was the essence of sports, transcendence through sports.

Is greatness worth fighting for? What do you think?

And when you make that choice. When you decide to turn your back on what’s comfortable, safe, and what someone called common sense, that’s your day one. From there it only gets tougher. So just make sure this is something you want. Because the easy way will always be there ready to wash you away.

The harder you push, the more you are pulled. 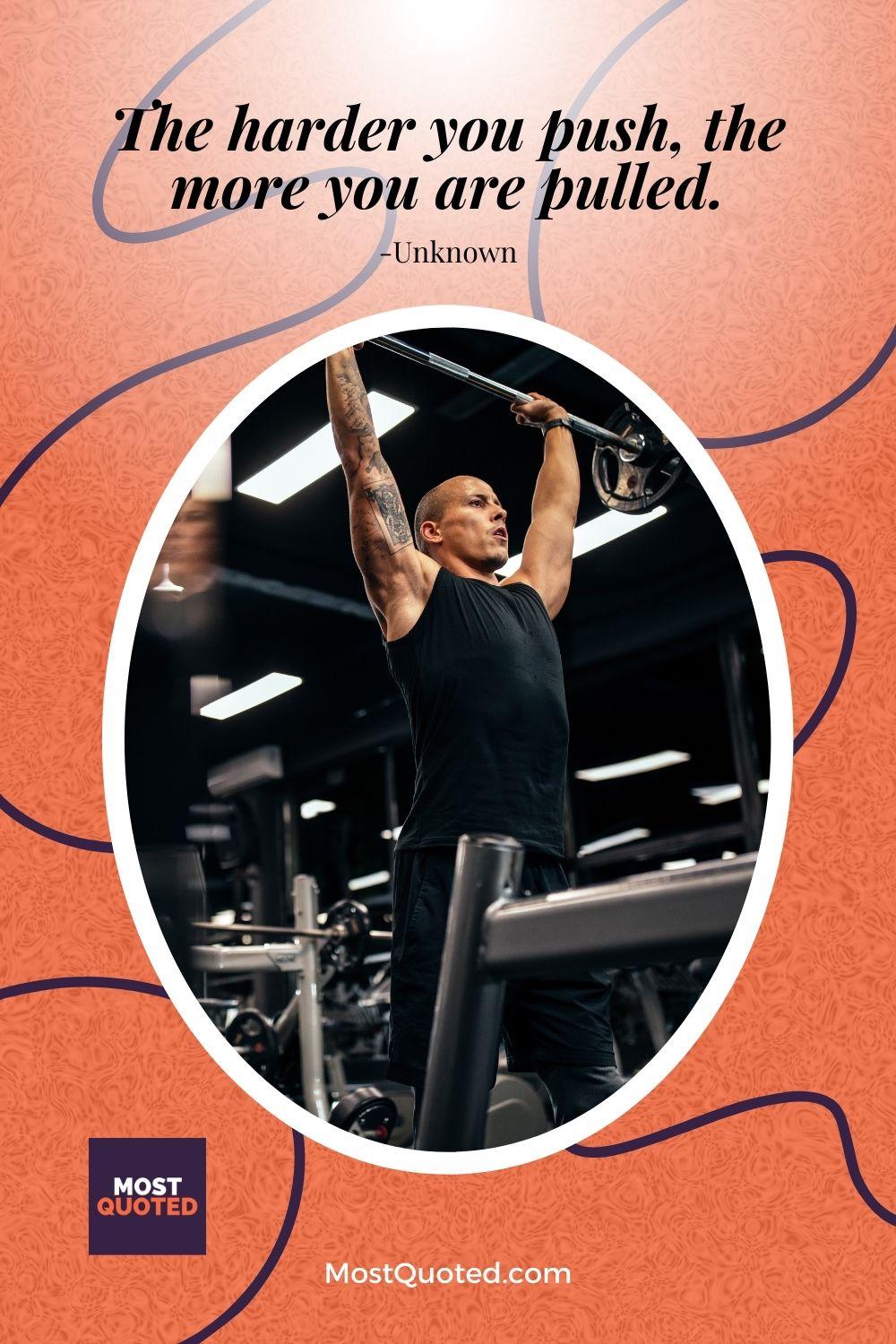 Just do it even if you suck at it.

There is an immutable conflict at work in life and in business, a constant battle between peace and chaos. Neither can be mastered, but both can be influenced. How you go about that is the key to success.

Quit making excuses, putting it off, complaining about it, dreaming about it, whining about it, crying about it, believing you can’t, worrying if you can, waiting until you are older, skinnier, richer, braver, or all around better. Suck it up, hold on tight, say a prayer, make a plan & JUST DO IT.

My agility denies your agility.

Remember what we’re fighting for and never forget that momentum is a cool mistress. She can turn out of time with the smallest mistake. She is ever searching for the weak place of your armor, that one thing you forgot to prepare for.

If no one thinks you can then you have to. 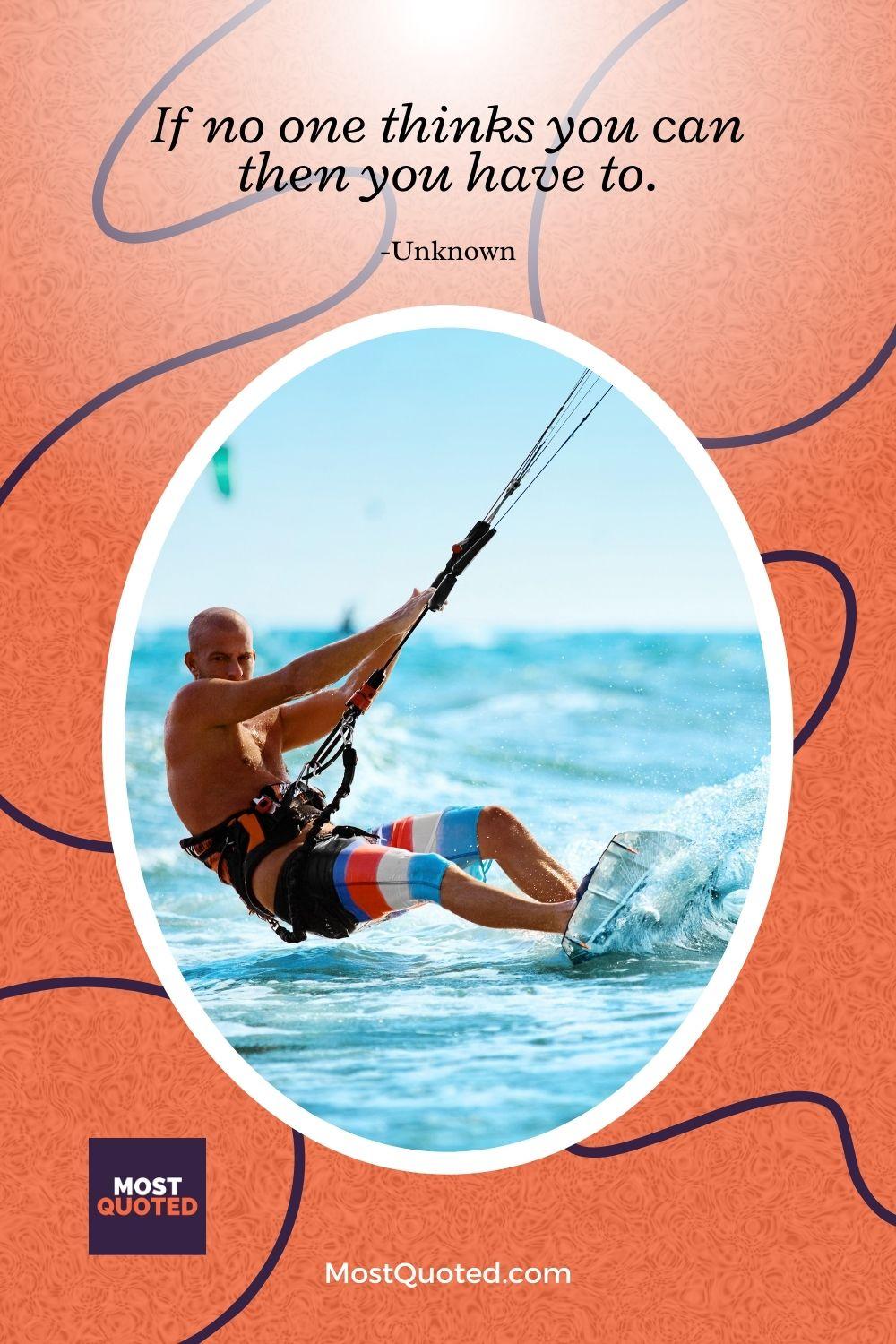 As long as the devil is hiding the details, the question remains: is that all you got?

Run the day. Don’t let it run you. 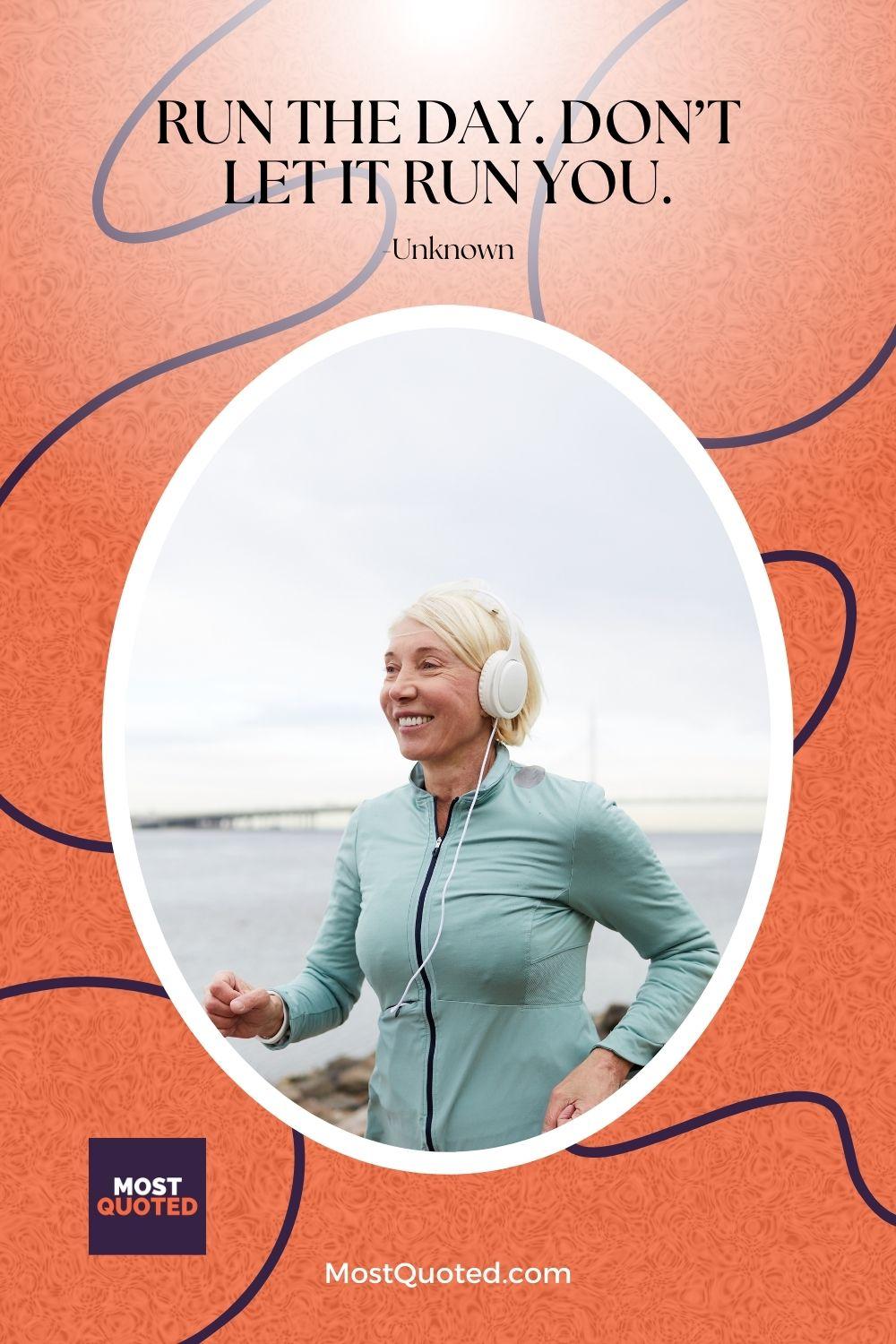 Yesterday you said tomorrow. JUST DO IT. 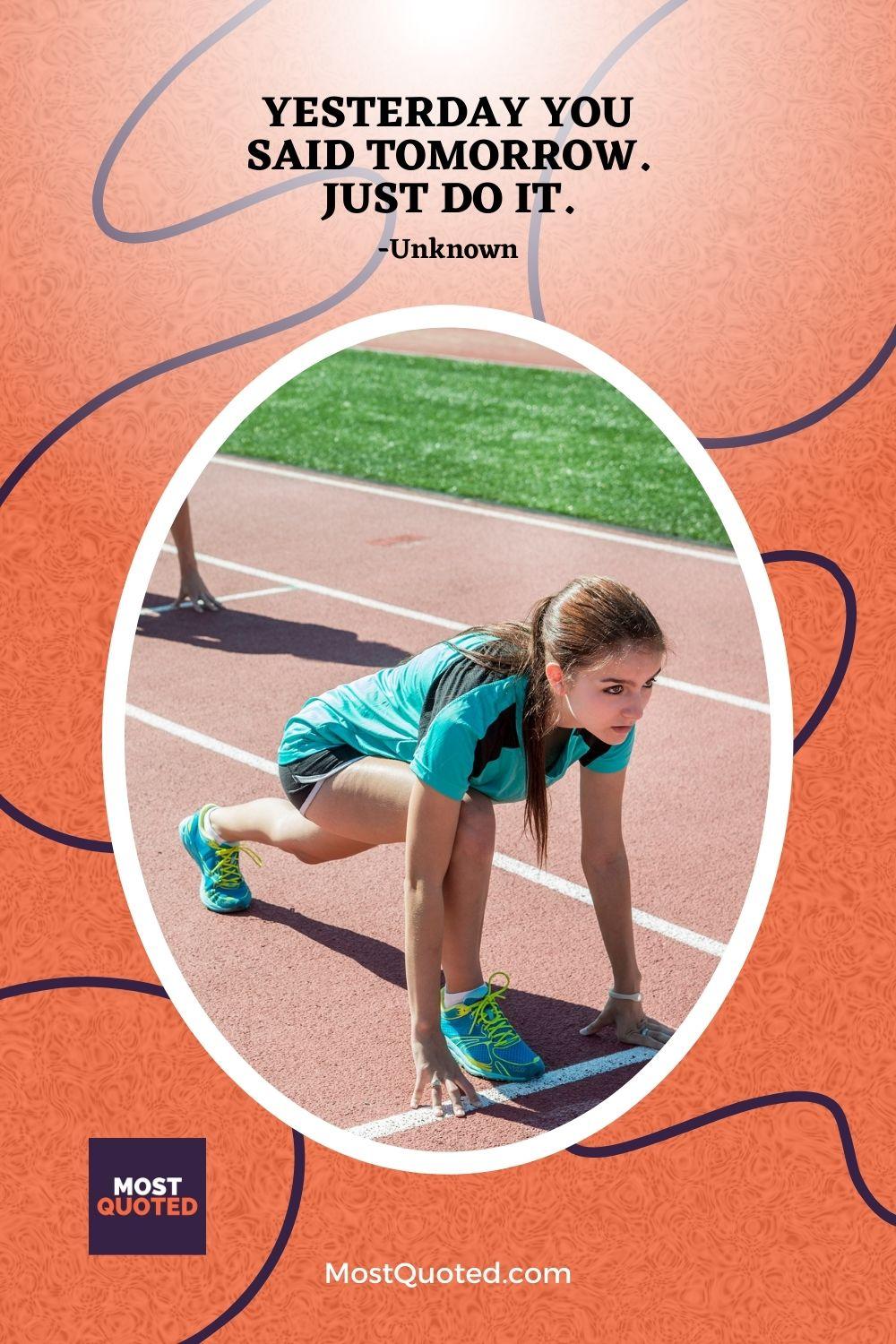 Take charge. Write your own story. 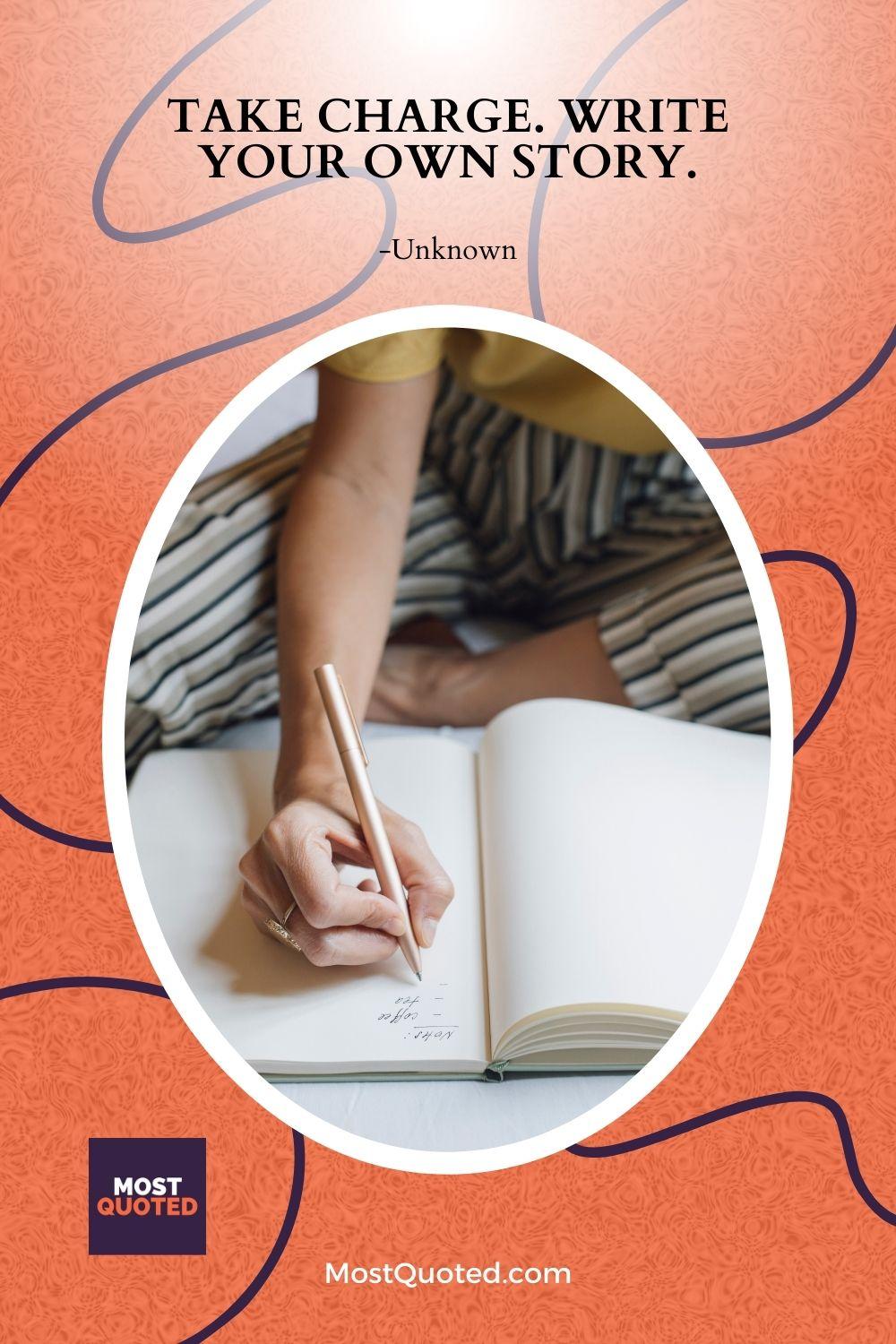 Believe that voice that says you can run a little faster, and you can throw a little harder. That for you, the laws of physic are only merely a suggestion.

You’re only one workout away from a good mood. 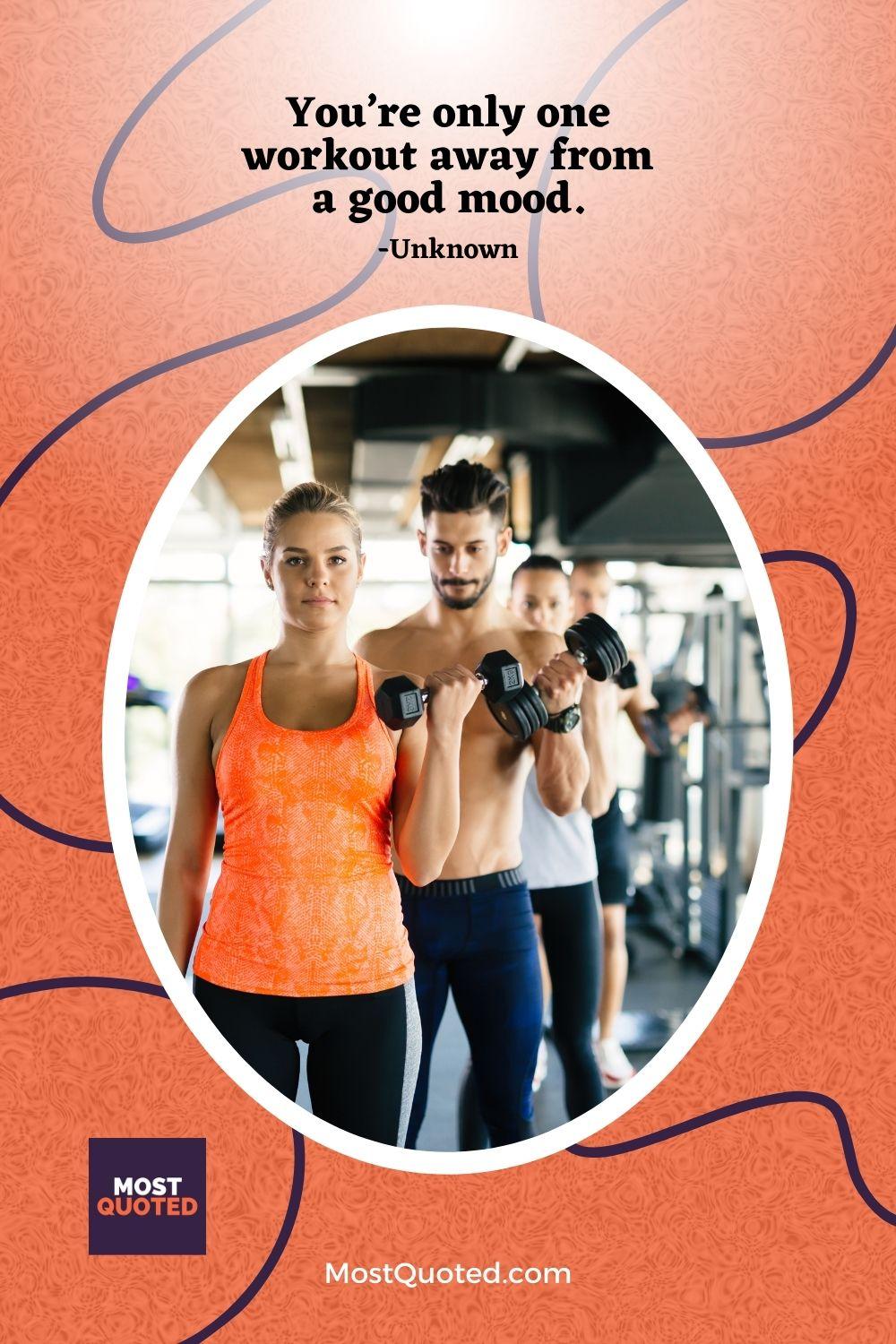 If we face our fears, it means we are pointed in the right direction. Even if that direction is upside down.

Nothing is over until you stop trying.

Most Quoted is the home of sayings, words of wisdom and quotes from the most quoted philosophers, writers, artists and thinkers. In addition to this collection of Nike Quotes, you will find hundreds of other quotes lists and collections on this site.