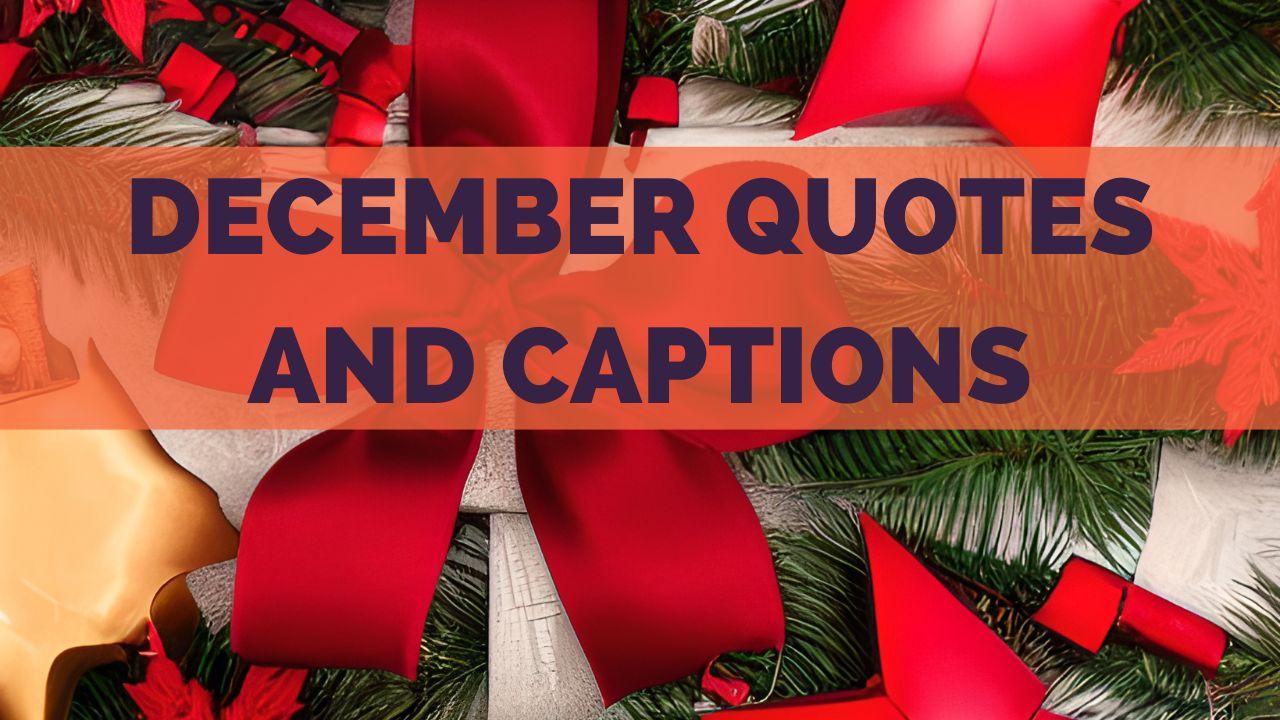 Wave goodbye November and welcome December! These December captions and quotes will go perfectly with all of your holiday season photos on Instagram.

It’s the last month of the year!

Time flies when you’re having fun (or so they say!). Can you believe it’s December already? This year has flown by, and now it’s time to start celebrating the holiday season.

December is full of so many wonderful opportunities to spend time with loved ones, reflect on the year gone by and set your sights on what’s to come in the new year. No doubt you’ll be taking plenty of photos to capture all of your favourite memories, and we’ve got just the quotes and captions about December to accompany them.

If you’re looking for some December-themed quotes and captions for your Instagram photos, we’ve got you covered. From festive Christmas quotes to New Year’s resolutions, there’s something here for everyone. 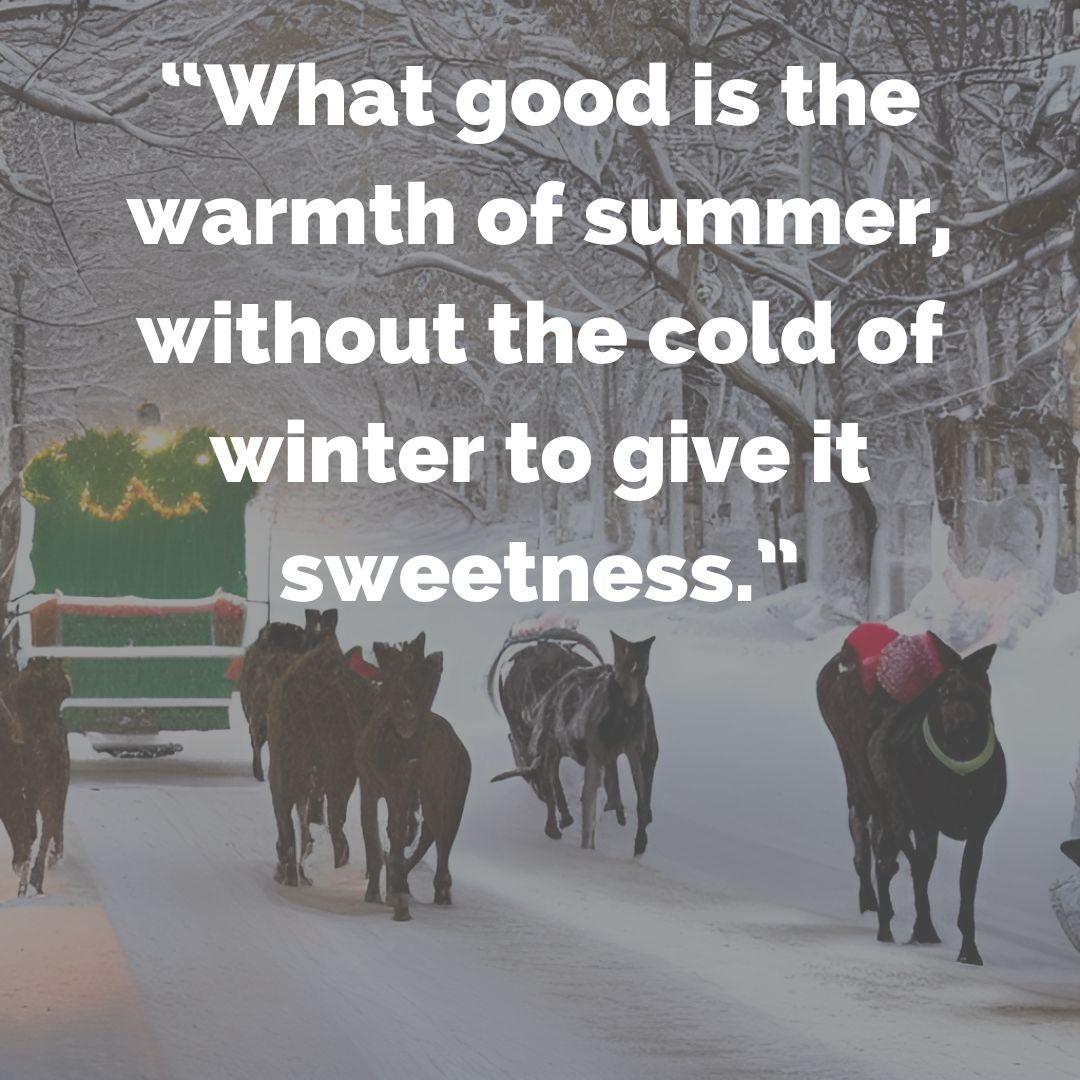 I wander forth this chill December dawn: John Frost and all his elves are out, I see, As busy as the elfin world can be, Clothing a world asleep with fleecy lawn.

“My favorite traditional Christmas movie that I like to watch is All Quiet on the Western Front. It’s just not December without that movie in my house.”

As we struggle with shopping lists and invitations, compounded by December’s bad weather, it is good to be reminded that there are people in our lives who are worth this aggravation, and people to whom we are worth the same.

“It was snowing. It was always snowing at Christmas. December, in my memory, is white as Lapland, though there were no reindeers. But there were cats.”

“Outside the house it was storming, a busy downfall of flakes that the wind blew lightly across acres of old snow left from December.”

These inspirational December quotes will encourage you to make the most of the holiday season and reflect on the year gone by.

“It seems like everything sleeps in winter, but it’s really a time of renewal and reflection.”

“I wish we could put up some of the Christmas spirit in jars and open a jar of it every month.”

“What good is the warmth of summer, without the cold of winter to give it sweetness.”

“Of all the months of the year there is not a month one half so welcome to the young, or so full of happy associations, as the last month of the year.”

“Yet my heart loves December’s smile as much as July’s golden beam; then let us sit and watch the while the blue ice curdling on the stream.”

Year’s end is neither an end nor a beginning but a going on, with all the wisdom that experience can instill in us.

These December sayings are perfect for your holiday cards and Christmas gifts. Add them to your photos on Instagram to spread some extra holiday cheer.

Remember this December, that love weighs more than gold.

Will love be true as December frost, or fickle and fall like the rose in June?

I’ve come to sing you a song called December.

“In this world only winter is certain.”

In cold December fragrant chaplets blow, And heavy harvests nod beneath the snow. 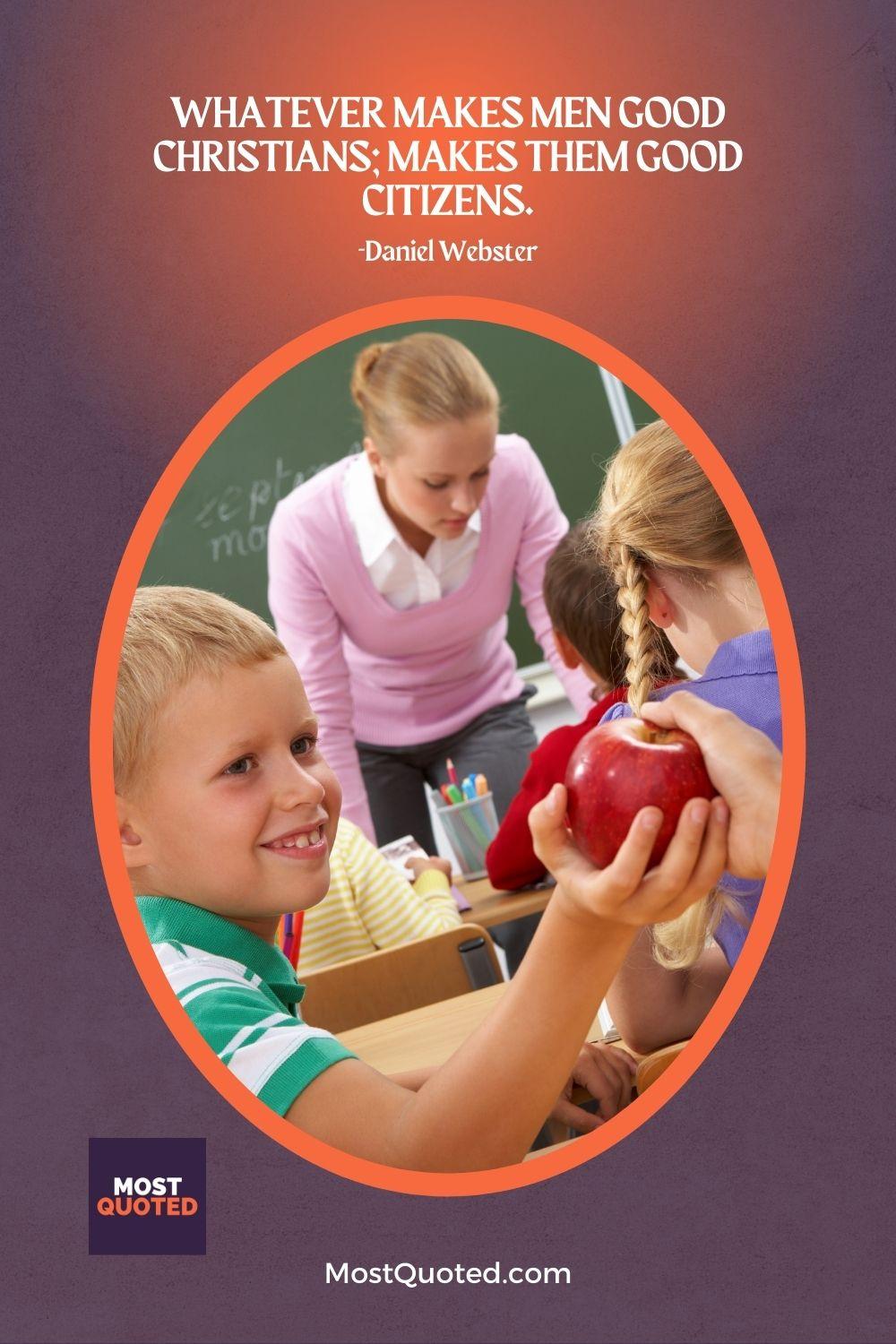 A few hello December quotes and sayings to help you get into the holiday spirit.

It’s a cold December morning! Time to bundle up and enjoy a hot cup of coffee.

December is finally here! Bring on the snow, hot chocolate, and Christmas movies.

December is the most magical time of the year!

‘Tis the season to be merry!

Frolic in the fallen leaves, jump in rain puddles, and dance in the snow.

And now we welcome the new year. Full of things that have never been.

December is a month of endings and beginnings. 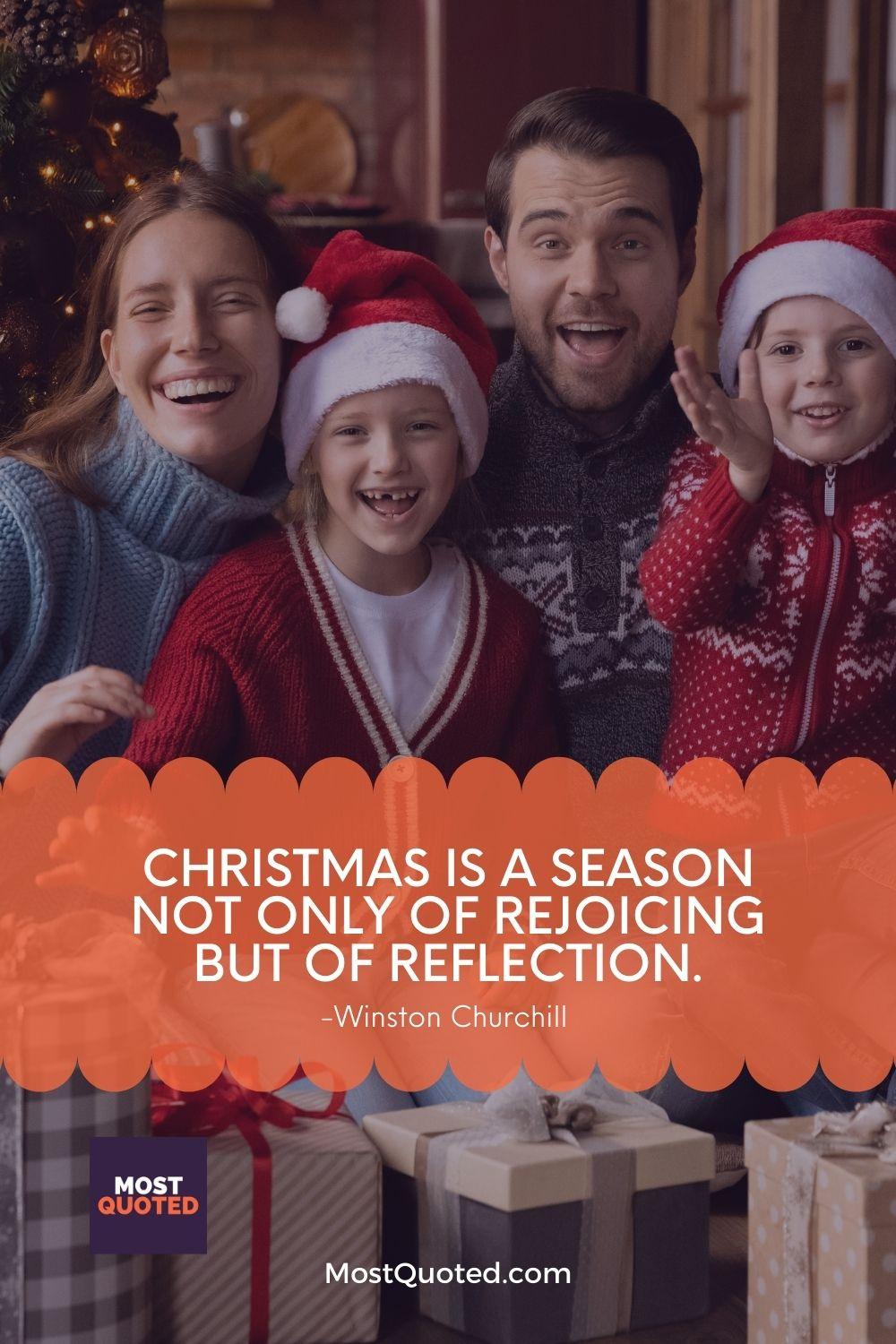 Is it Christmas yet?

Santa, I can explain…

All I want for Christmas is…

Wrap yourself up in a big ol’ hug from me!

Merry everything and happy always!

“Tis the season to be jolly!”

The December snow is sparkling like a million little stars.

The best way to spread Christmas cheer is singing loud for all to hear.

December weekends are like a box of chocolates… You never know what you’re going to get!

Walking in a winter wonderland…

The most wonderful time of the year!

“Deck the halls with boughs of holly!”

“May your days be merry and bright!”

“Peace on earth and goodwill to all!”

Just you, me and the Christmas tree

Wish you were here to celebrate with us!

All I want for Christmas is__

Oh what fun it is to ride in a one-horse open sleigh!

Jingle all the way!

The best way to spread Christmas cheer is singing loud

Getting into the holiday spirit! 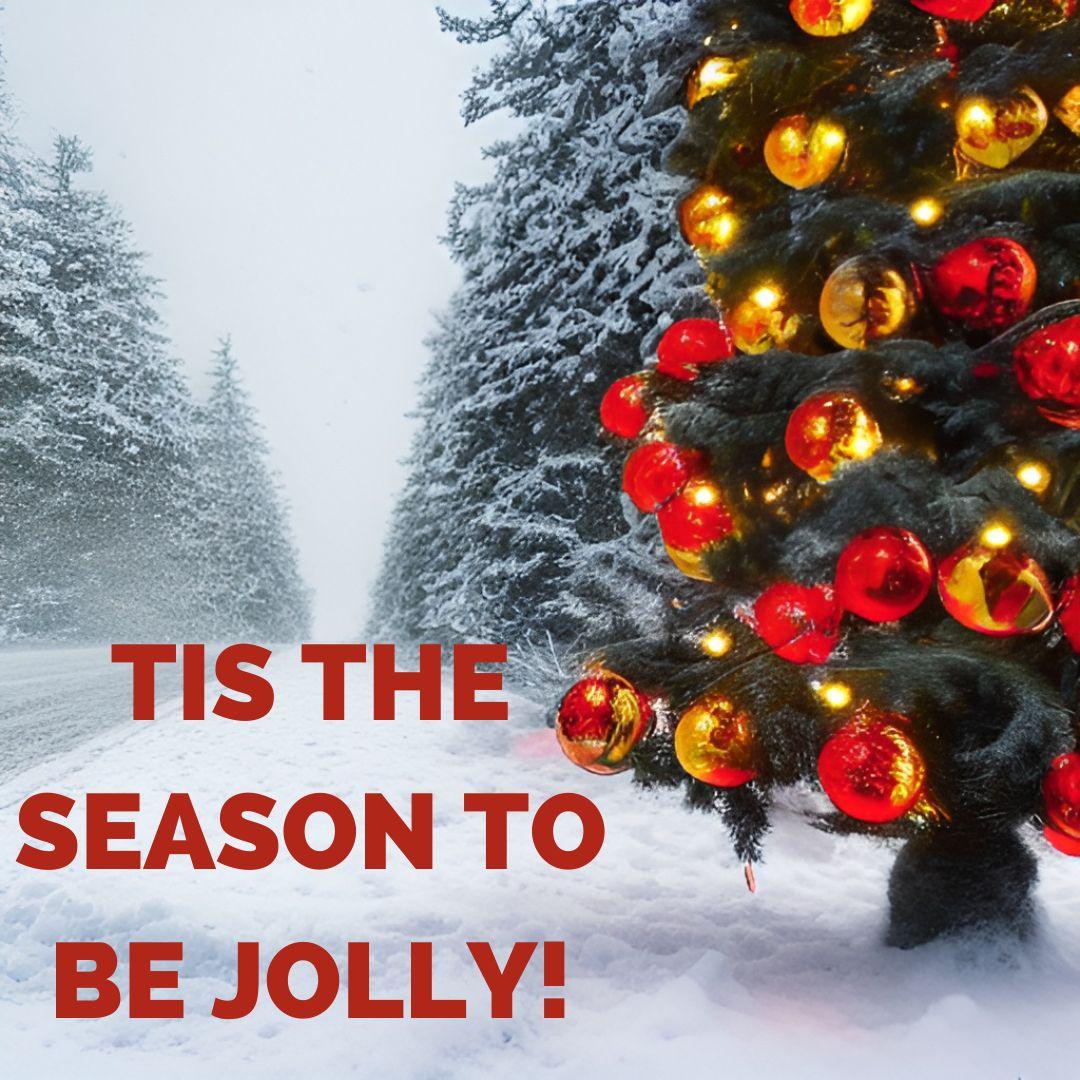 Christmas Bells and Christmas Trees may be found in every place…

The Christmas magic is in the air!

“Are you having a holly, jolly Christmas?”

“I will honor Christmas in my heart, and try to keep it all the year.”

At Christmas I no more desire a rose Than wish a snow in May’s new-fangled mirth; But like of each thing that in season grows. – William Shakespeare

Santa Claus in coming to town

December days and nights are so merry and bright!

In the depth of winter, I finally learned that there was in me an invincible summer. – Albert Camus

Best films to watch in December

December is a wonderful month to get all cosy and watch some classic Christmas films! Here are some of our favourites:

And if you’re looking for something a little different, why not try:

Whatever you end up watching, we hope you have a very merry December!