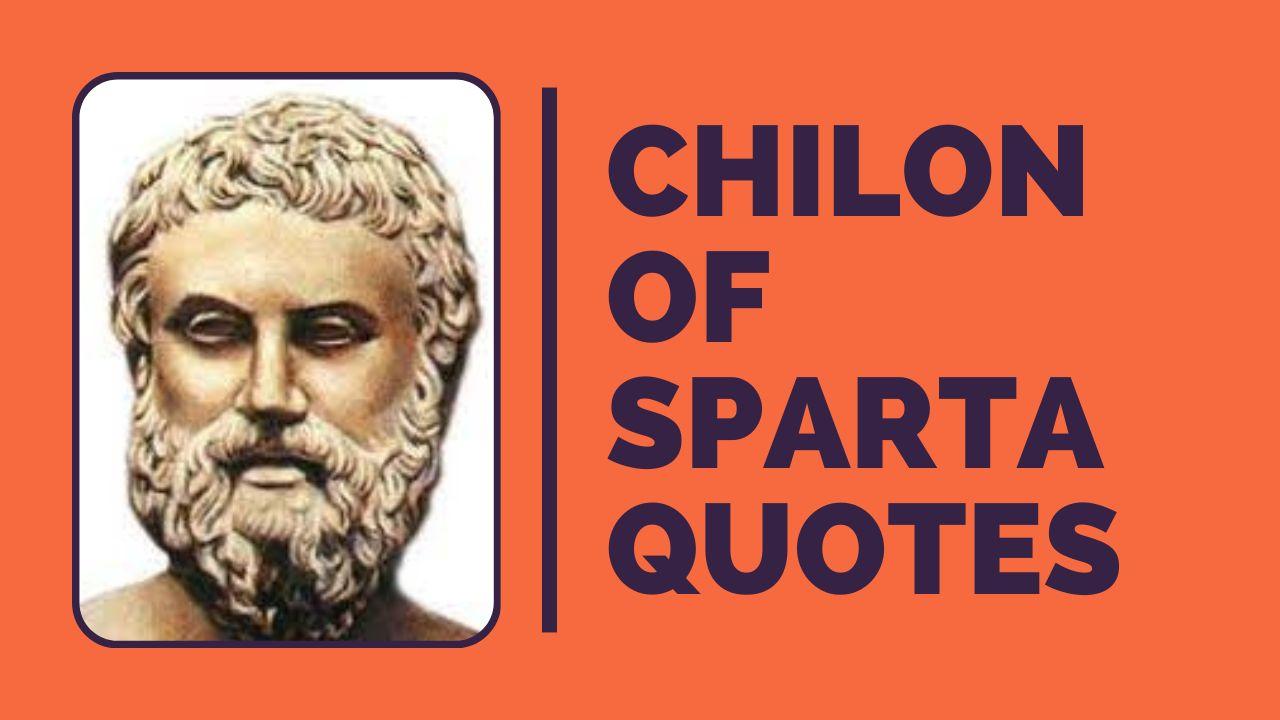 Chilon of Sparta was known as one of the seven sages of ancient Greece who lived from circa 630-550 BC. Here’s some of his most quoted words and thoughts.

Prefer punishment to disgraceful gain; for the one is painful but once, but the other for one’s whole life

Do not make too much haste on one’s road

If one is strong be also merciful, so that one’s neighbors may respect one rather than fear one

Prefer a loss to a dishonest gain; for the one is painful but once, but the other for one’s whole life.

Do not speak evil of the dead.

Don’t rush when attending friends’ dinners, but hasten to their misfortunes.

Do not trust good luck.

Famous Quotes By Chilon of Sparta

Do not let your tongue outrun your mind.

When you are in a position of power, be well-mannered, if you would have the respect, not the fear, of those around you.

When speaking do not wave your hands about, as it is a sign of craziness.

Do not threaten anyone. It is a womanly trait.

Do not reject divination.

The best state is one where the laws and not the politicians are obeyed.

Quotes From Chilon of Sparta

prefer loss to dishonest profit; the one will grieve you once, the other for ever.

A ruler should consider nothing mortal, but everything immortal.

What is wealth? A treasury of evils, a supply of bad luck, a gift of wickedness.

Hold your tongue especially in banquets.