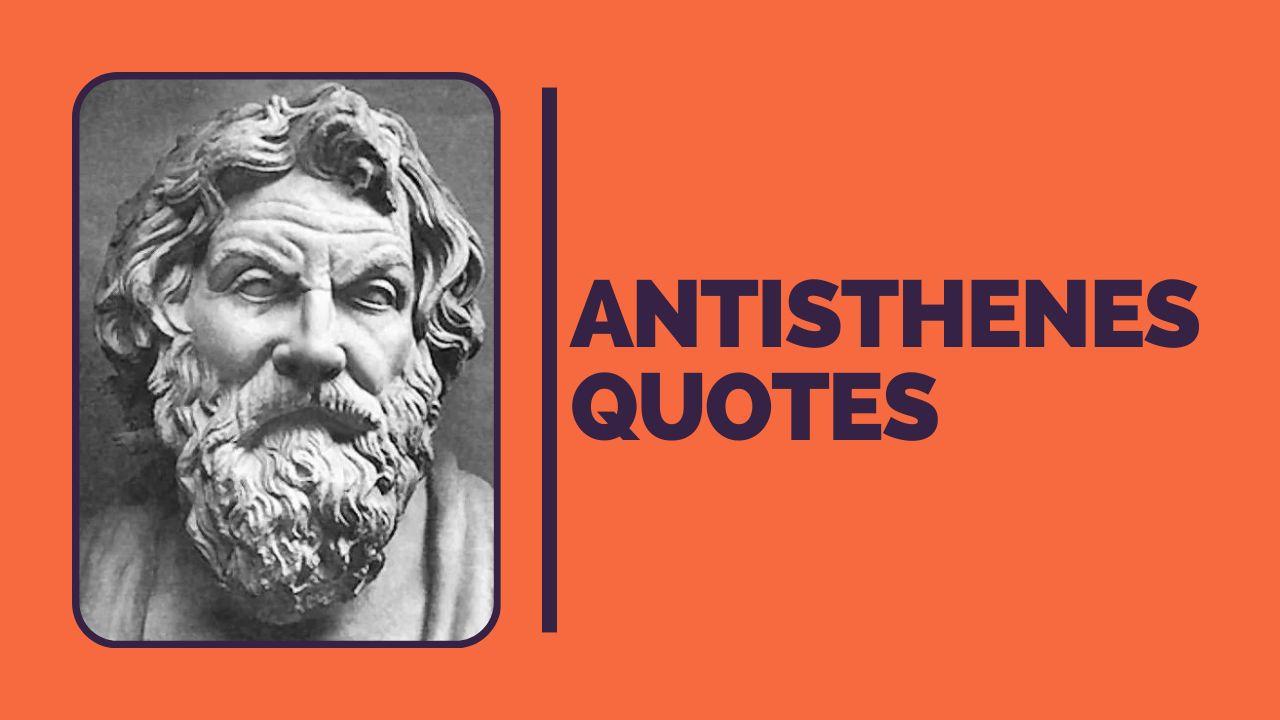 Antisthenes was a Greek philosopher and a student of Socrates. He was the founder of the Cynic school of philosophy.

Here are some of the most quoted sayings by Antisthenes, one of the eminent philosophers of ancient Greece.

I’d rather be mad than feel pleasure

I have enough to eat till my hunger is stayed, to drink till my thirst is sated; to clothe myself withal; and out of doors not Callias there, with all his riches, is more safe than I from shivering; and when I find myself indoors, what warmer shirting do I need than my bare walls? what ampler greatcoat than the tiles above my head?

The investigation of the meaning of words is the beginning of wisdom.

Pay attention to your enemies, for they are the first to discover your mistakes.

Cities are doomed when they are unable to distinguish the great men from the bad.

According to law, there are many gods; according to nature, only one.

When he was asked what advantage had accrued to him from philosophy, his answer was, “The ability to hold converse with myself.”

It is a royal privilege to do good and be ill spoken of.

The most necessary lesson is to unlearn all the wrong things.

It is better to fall in with crows than with flatterers; for in the one case you are devoured when dead, in the other case while alive.

As iron is eaten away by rust, so the envious are consumed by their own passion.

I’d rather be mad than seek pleasure.

When somebody told him “many people praise you”, he said “what have I done wrong?”