This collection of quotes by Carl Sagan help to put life into cosmic perspective! Here’s some of the best quotes from this brilliant thinker.

Carl Sagan was an American astronomer, cosmologist, astrophysicist, and science communicator. He was born on November 9, 1934 in Brooklyn, New York, and died on December 20, 1996 from a rare form of bone marrow cancer.

During his lifetime he wrote extensively about astronomy and science communication and was known for popularizing science through his popular television series “Cosmos.” His work inspired many to explore the universe around them through scientific method.

Often thought of as a sage, Carl Sagan left us with many inspirational words and wise teachings. Here are some of his best quotes.

Who is more humble? The scientist who looks at the universe with an open mind and accepts whatever the universe has to teach us, or somebody who says everything in this book must be considered the literal truth and never mind the fallibility of all the human beings involved?

Every one of us is, in the cosmic perspective, precious. If a human disagrees with you, let him live. In a hundred billion galaxies, you will not find another. 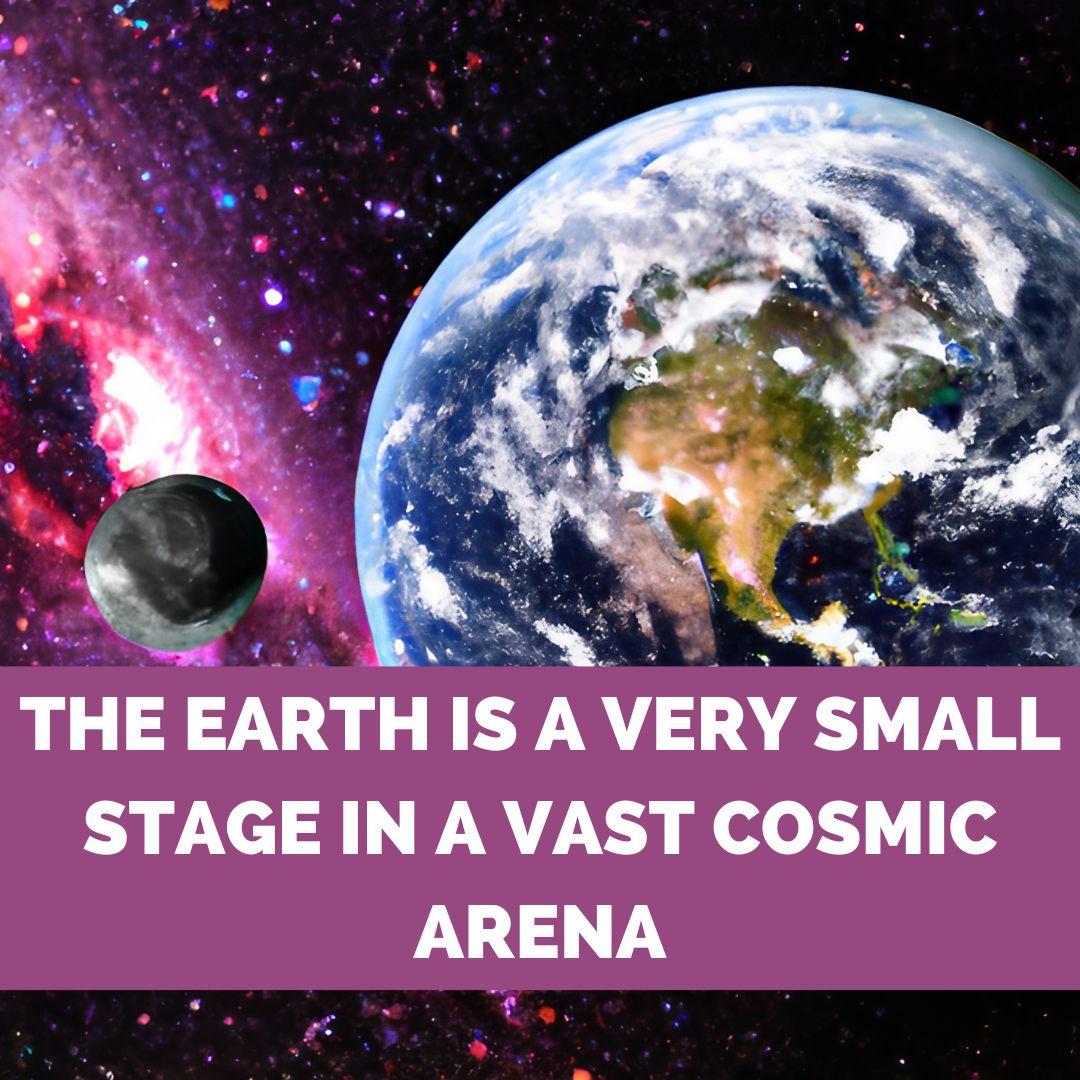 Our planet is a lonely speck in the great enveloping cosmic dark. In our obscurity, in all this vastness, there is no hint that help will come from elsewhere to save us from ourselves.

You’re an interesting species. An interesting mix. You’re capable of such beautiful dreams, and such horrible nightmares. You feel so lost, so cut off, so alone, only you’re not. See, in all our searching, the only thing we’ve found that makes the emptiness bearable, is each other.

Frederick Douglass taught that literacy is the path from slavery to freedom. There are many kinds of slavery and many kinds of freedom, but reading is still the path.

I would love to believe that when I die I will live again, that some thinking, feeling, remembering part of me will continue. But as much as I want to believe that, and despite the ancient and worldwide cultural traditions that assert an afterlife, I know of nothing to suggest that it is more than wishful thinking.

I have a foreboding of an America in my children’s or grandchildren’s time — when the United States is a service and information economy; when nearly all the manufacturing industries have slipped away to other countries; when awesome technological powers are in the hands of a very few, and no one representing the public interest can even grasp the issues; when the people have lost the ability to set their own agendas or knowledgeably question those in authority; when, clutching our crystals and nervously consulting our horoscopes, our critical faculties in decline, unable to distinguish between what feels good and what’s true, we slide, almost without noticing, back into superstition and darkness…

The dumbing down of American is most evident in the slow decay of substantive content in the enormously influential media, the 30 second sound bites (now down to 10 seconds or less), lowest common denominator programming, credulous presentations on pseudoscience and superstition, but especially a kind of celebration of ignorance.

For me, it is far better to grasp the Universe as it really is than to persist in delusion, however satisfying and reassuring.

If we long for our planet to be important, there is something we can do about it. We make our world significant by the courage of our questions and by the depth of our answers.

We are like butterflies who flutter for a day and think it is forever.

A general problem with much of Western theology… is that the God portrayed is too small. It is a god of a tiny world and not a god of a galaxy, much less a universe.

Science is much more than a body of knowledge. It is a way of thinking. Science invites us to let the facts in, even when they don’t conform to our preconceptions.

Absence of evidence is not evidence of absence.

If we ruin the earth, there is no place else to go.

I think people in power have a vested interest to oppose critical thinking.

Matter is composed chiefly of nothing.

A celibate clergy is an especially good idea, because it tends to suppress any hereditary propensity toward fanaticism.

In the long run, the aggressive civilizations destroy themselves, almost always. It’s their nature. They can’t help it.

Imagination will often carry us to worlds that never were. But without it we go nowhere.

If you wish to make an apple pie from scratch, you must first invent the universe.

The universe seems neither benign nor hostile, merely indifferent to the concerns of such puny creatures as we are.

The prediction I can make with the highest confidence is that the most amazing discoveries will be the ones we are not today wise enough to foresee.

If we are alone in the Universe, it sure seems like an awful waste of space.

You are worth about 3 dollars worth in chemicals.