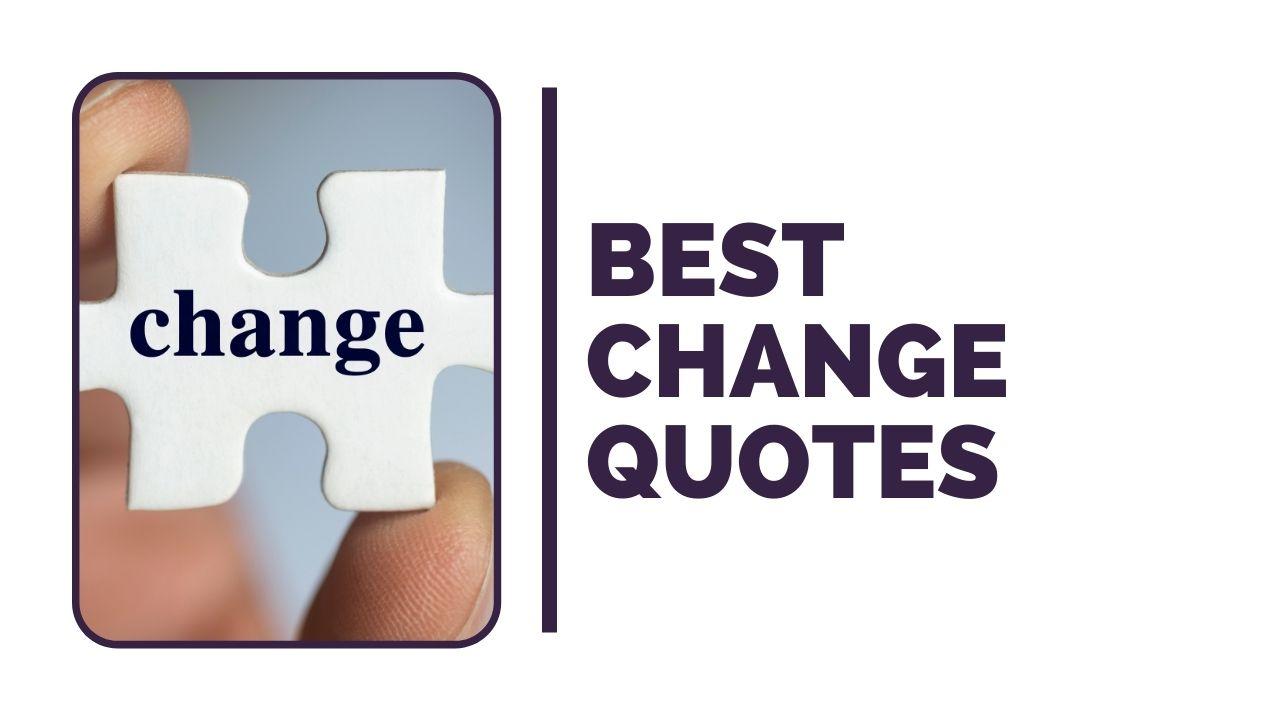 These inspirational quotes about change can be applied to your personal, professional, and spiritual life.

Here are some more quotes about change to help you through whatever changes you may be experiencing in your life: 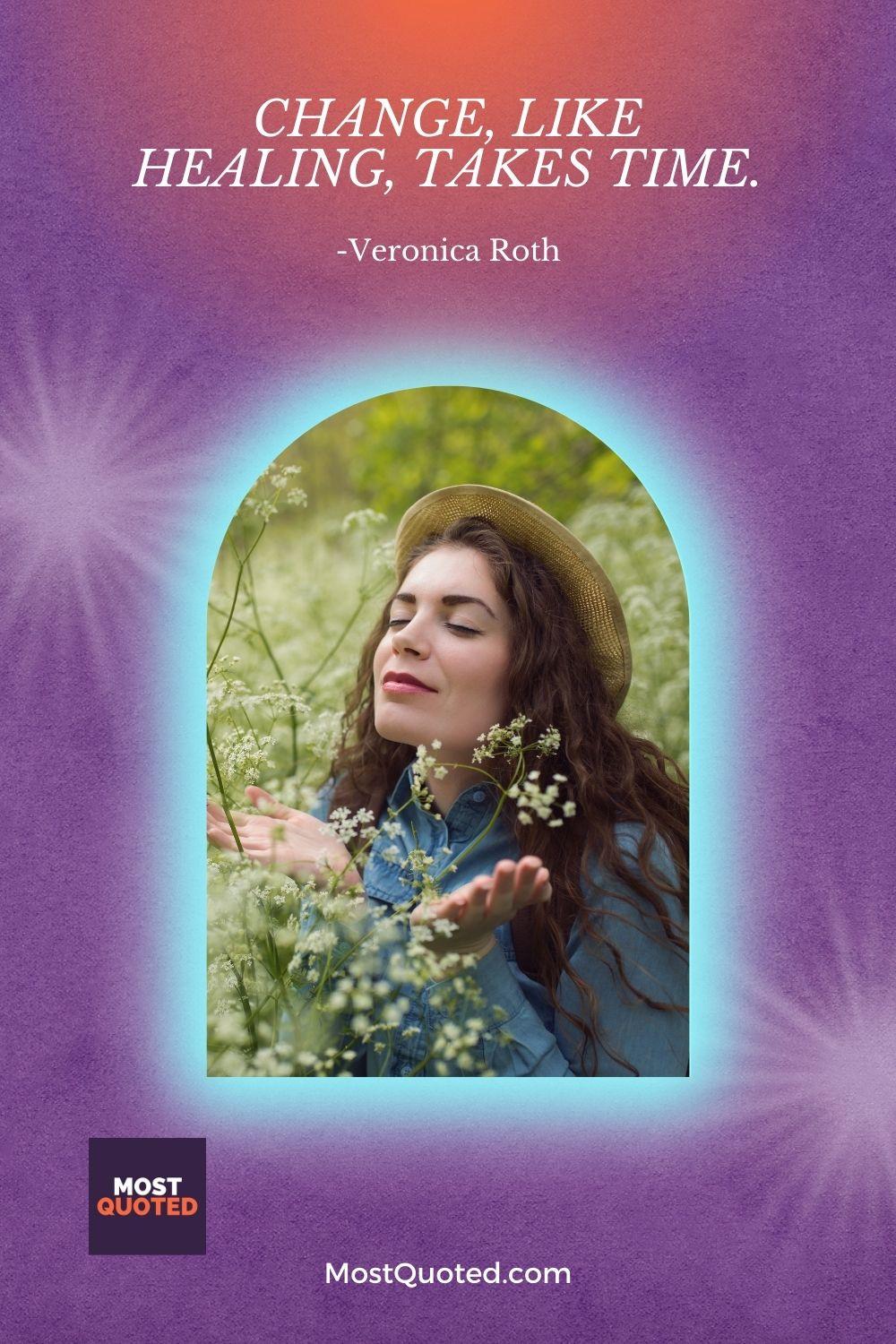 Life belongs to the living, and he who lives must be prepared for changes. 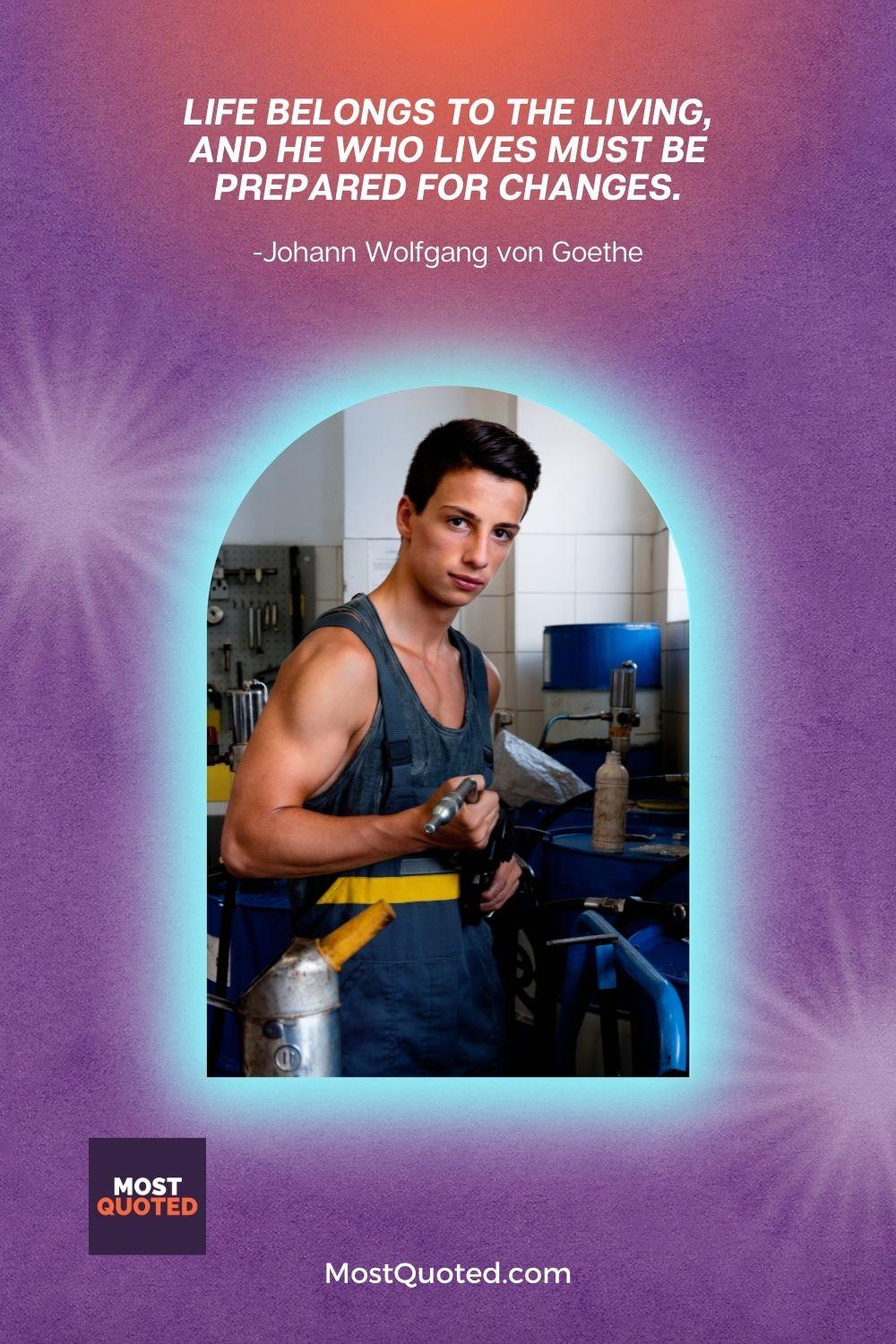 Tides do what tides do they turn.

Change is hardest at the beginning, messiest in the middle and best at the end.

Faced with the choice between changing one’s mind and proving that there is no need to do so, almost everyone gets busy on the proof.

To change one’s life: 1. Start immediately. 2. Do it flamboyantly. 3. No exceptions.

One child, one teacher, one book, one pen can change the world.

It was long since I had longed for anything and the effect on me was horrible.

We first make our habits, then our habits make us. 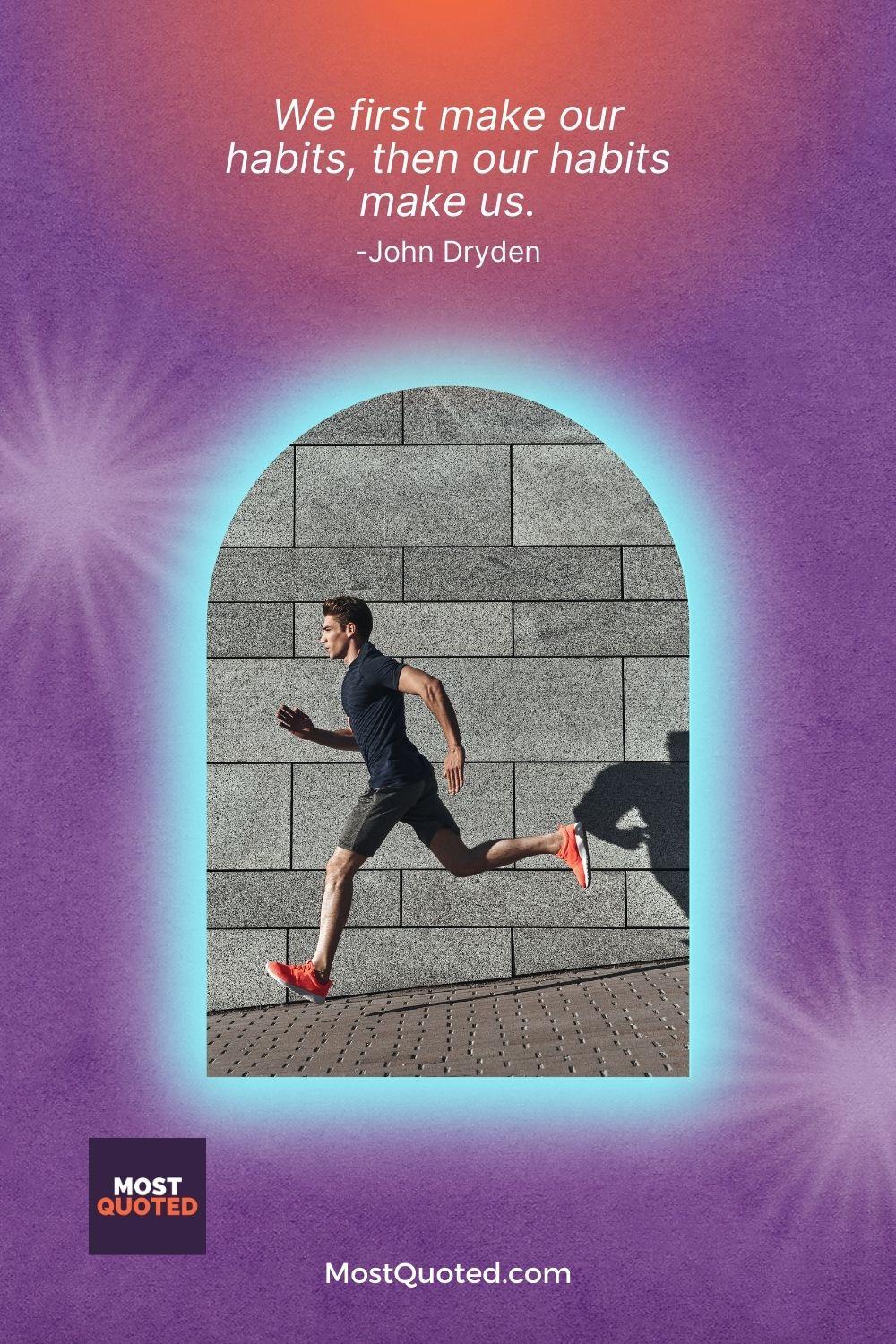 I find the best way to love someone is not to change them, but instead, help them reveal the greatest version of themselves.

You cannot change what you are, only what you do. 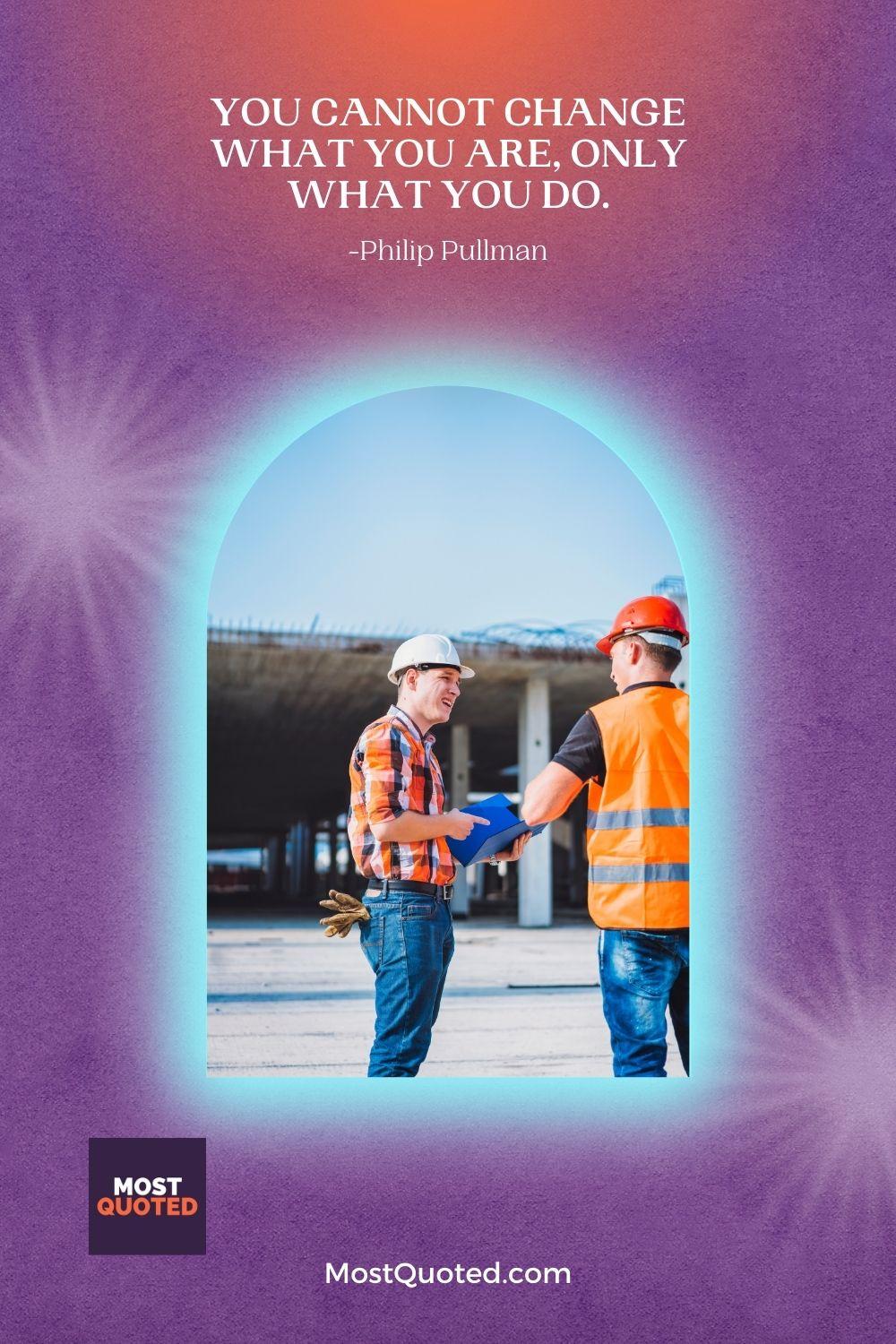 When you come out of the storm, you won’t be the same person who walked in. That’s what this storm’s all about.

The greatest discovery of all time is that a person can change his future by merely changing his attitude.

People are very open minded about new things, as long as they’re exactly like the old ones.

Incredible change happens in your life when you decide to take control of what you do have power over instead of craving control over what you don’t.

The struggles we endure today will be the ‘good old days’ we laugh about tomorrow.

Change is the end result of all true learning. 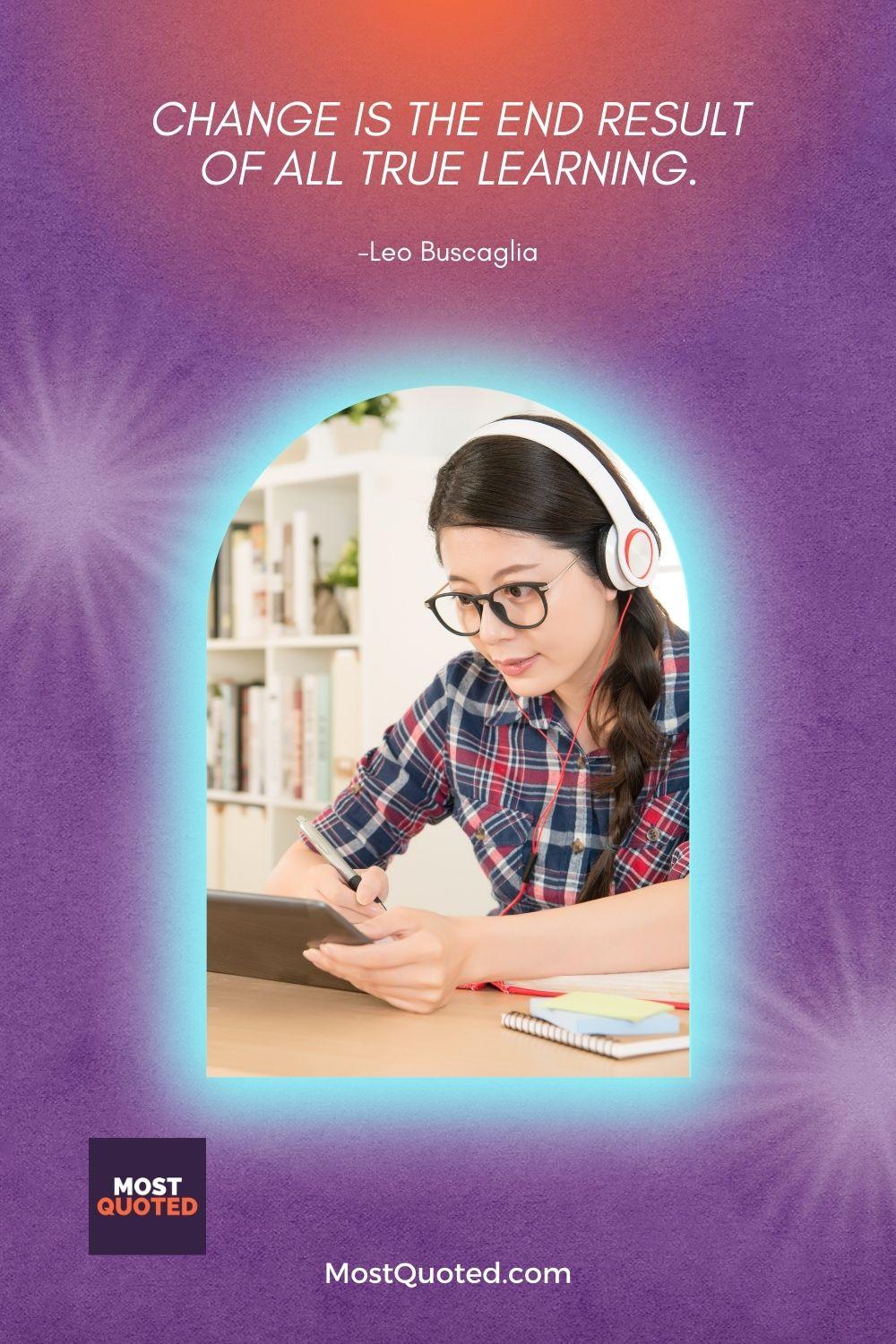 The past can teach us, nurture us, but it cannot sustain us. The essence of life is change, and we must move ever forward or the soul will wither and die.

Nothing is so painful to the human mind as a great and sudden change.

Maturity is when you stop complaining and making excuses, and start making changes.

If you want to make enemies, try to change something.

When people are ready to, they change. They never do it before then, and sometimes they die before they get around to it. You can’t make them change if they don’t want to, just like when they do want to, you can’t stop them.

Sometimes you hit a point where you either change or self destruct.

Man cannot remake himself without suffering, for he is both the marble and the sculptor

No one can tell what goes on in between the person you were and the person you become. No one can chart that blue and lonely section of hell. There are no maps of the change. You just come out the other side. Or you don’t.

Don’t knock the weather; nine tenths of the people couldn’t start a conversation if it didn’t change once in a while.

Consider how hard it is to change yourself and you’ll understand what little chance you have in trying to change others.

Related: Quotes To Live By 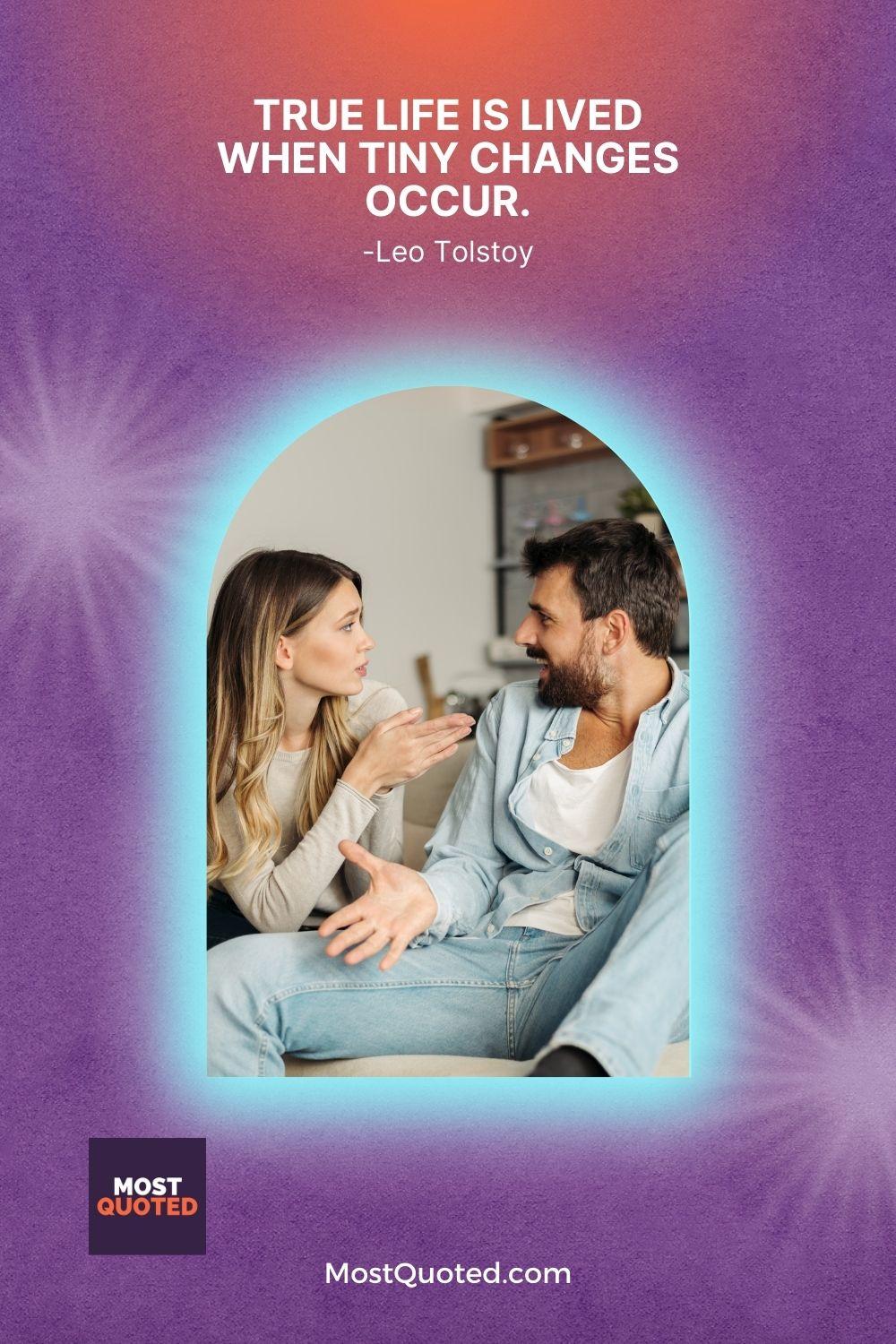 Quotes that will change your life

Either way, change will come. It could be bloody, or it could be beautiful. It depends on us.

What people have the capacity to choose, they have the ability to change.

Only the wisest and stupidest of men never change.

Certain things, they should stay the way they are. You ought to be able to stick them in one of those big glass cases and just leave them alone.

– J.D. Salinger, The Catcher in the Rye

I give you this to take with you: Nothing remains as it was. If you know this, you can begin again, with pure joy in the uprooting.

Change begins at the end of your comfort zone. 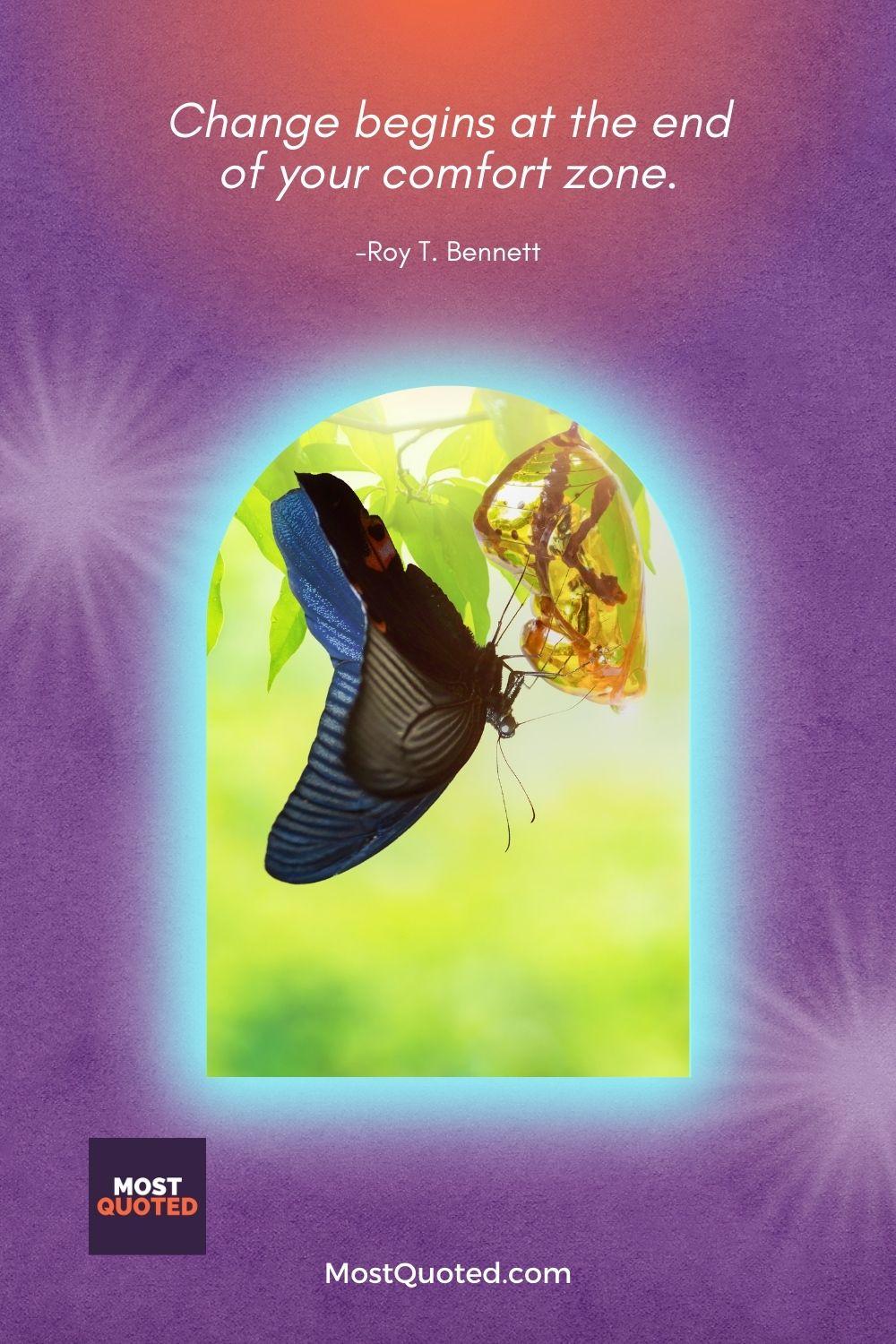 I have accepted fear as part of life specifically the fear of change… I have gone ahead despite the pounding in the heart that says: turn back….

The only difference between a rut and a grave is their dimensions.

The secret of change is to focus all of your energy, not on fighting the old, but on building the new.

You tried to change didn’t you? Closed your mouth more, tried to be softer, prettier, less volatile, less awake… You can’t make homes out of human beings. Someone should have already told you that.

To change ourselves effectively, we first had to change our perceptions.

I wanted change and excitement and to shoot off in all directions myself, like the colored arrows from a Fourth of July rocket.

Yesterday I was clever, so I wanted to change the world. Today I am wise, so I am changing myself. 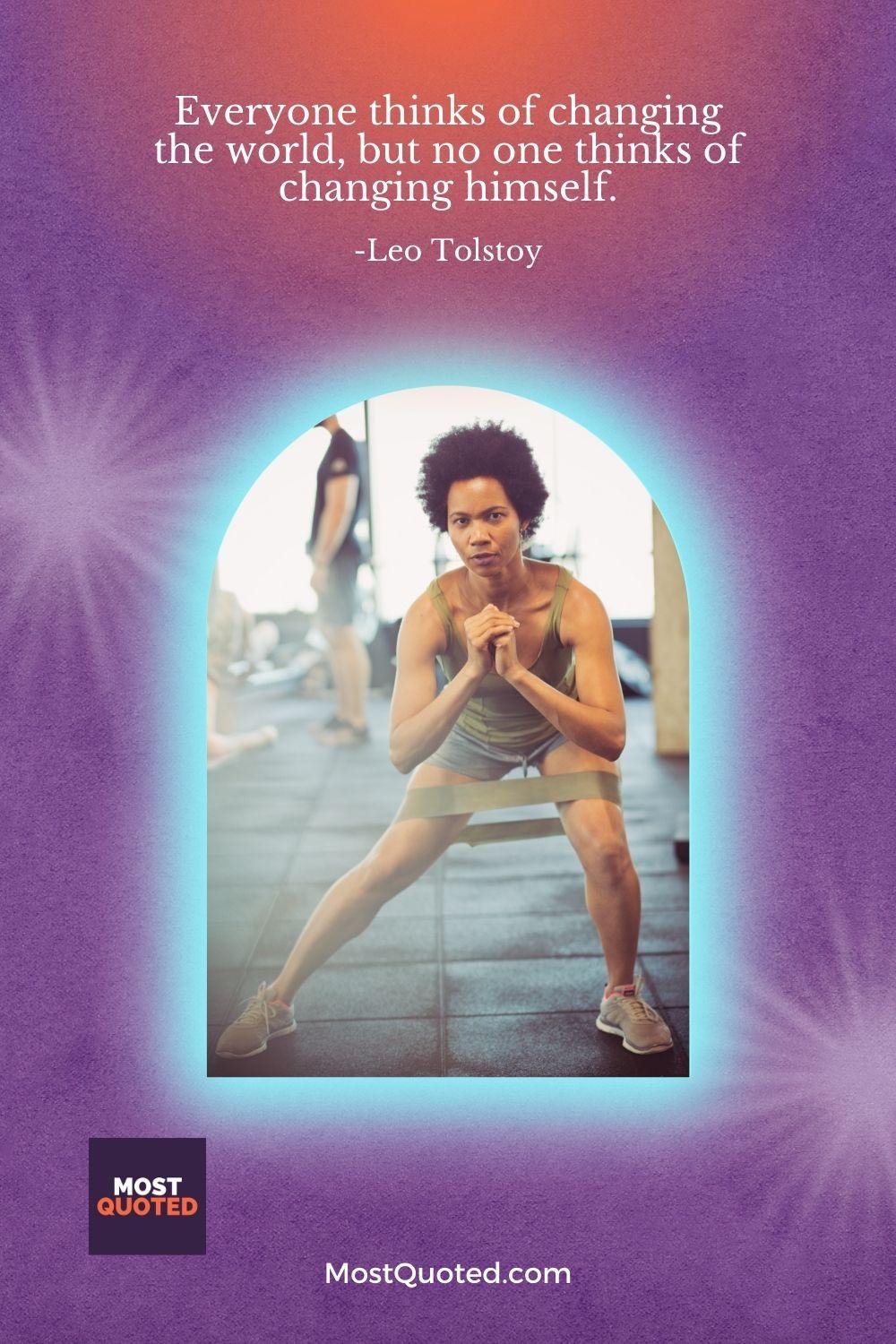 You’re always you, and that don’t change, and you’re always changing, and there’s nothing you can do about it. 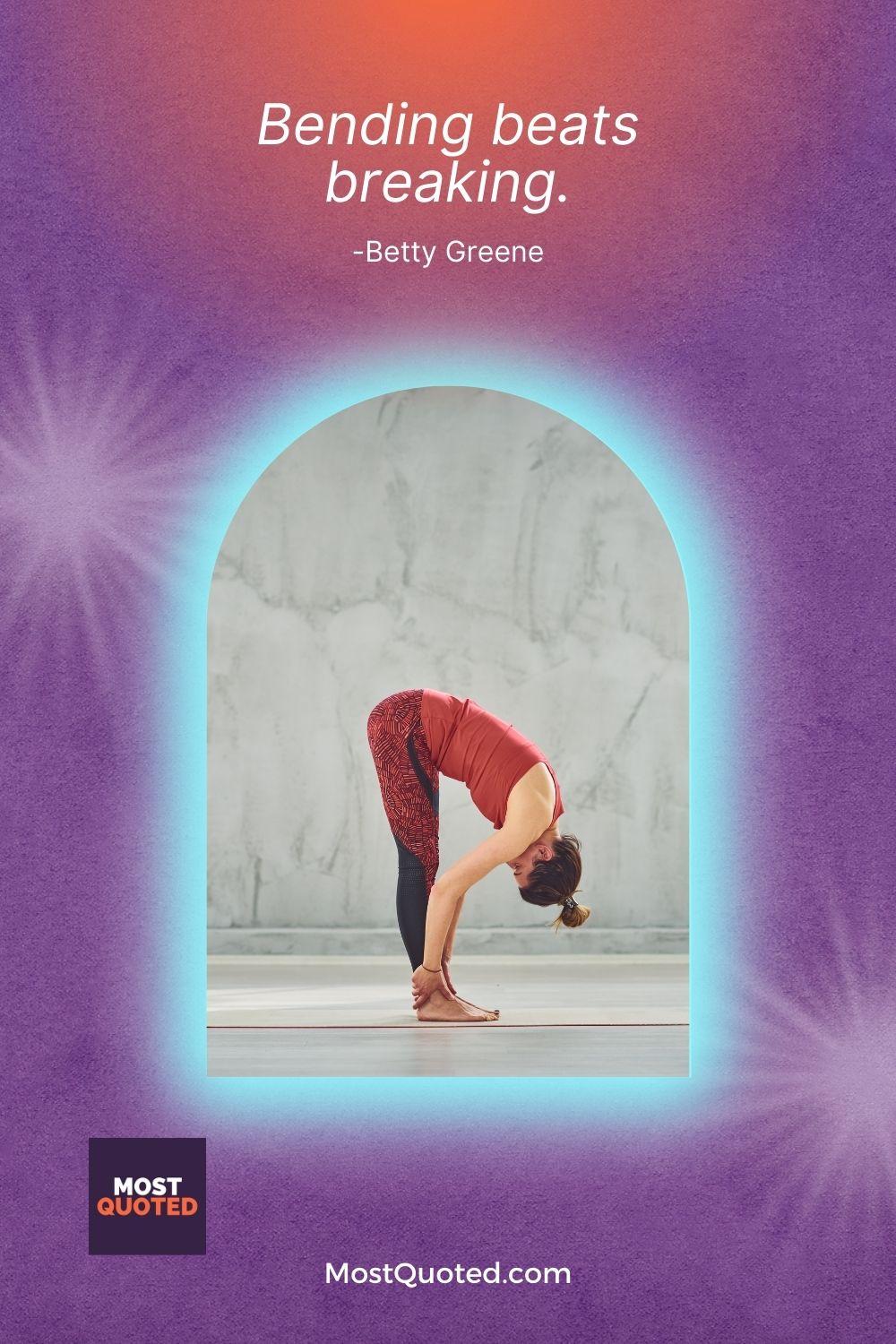 Taking a new step, uttering a new word, is what people fear most. 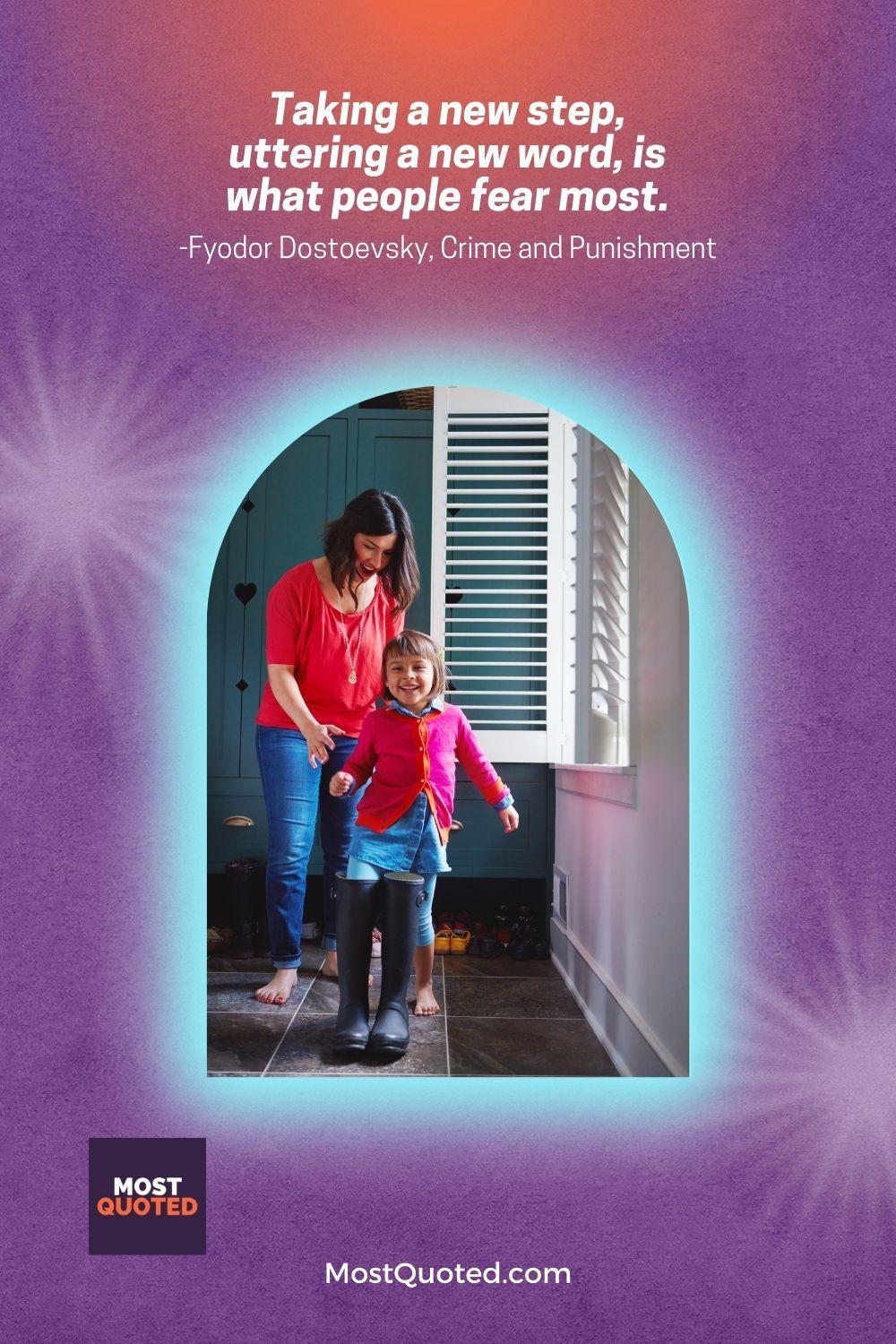 Words are where most change begins. 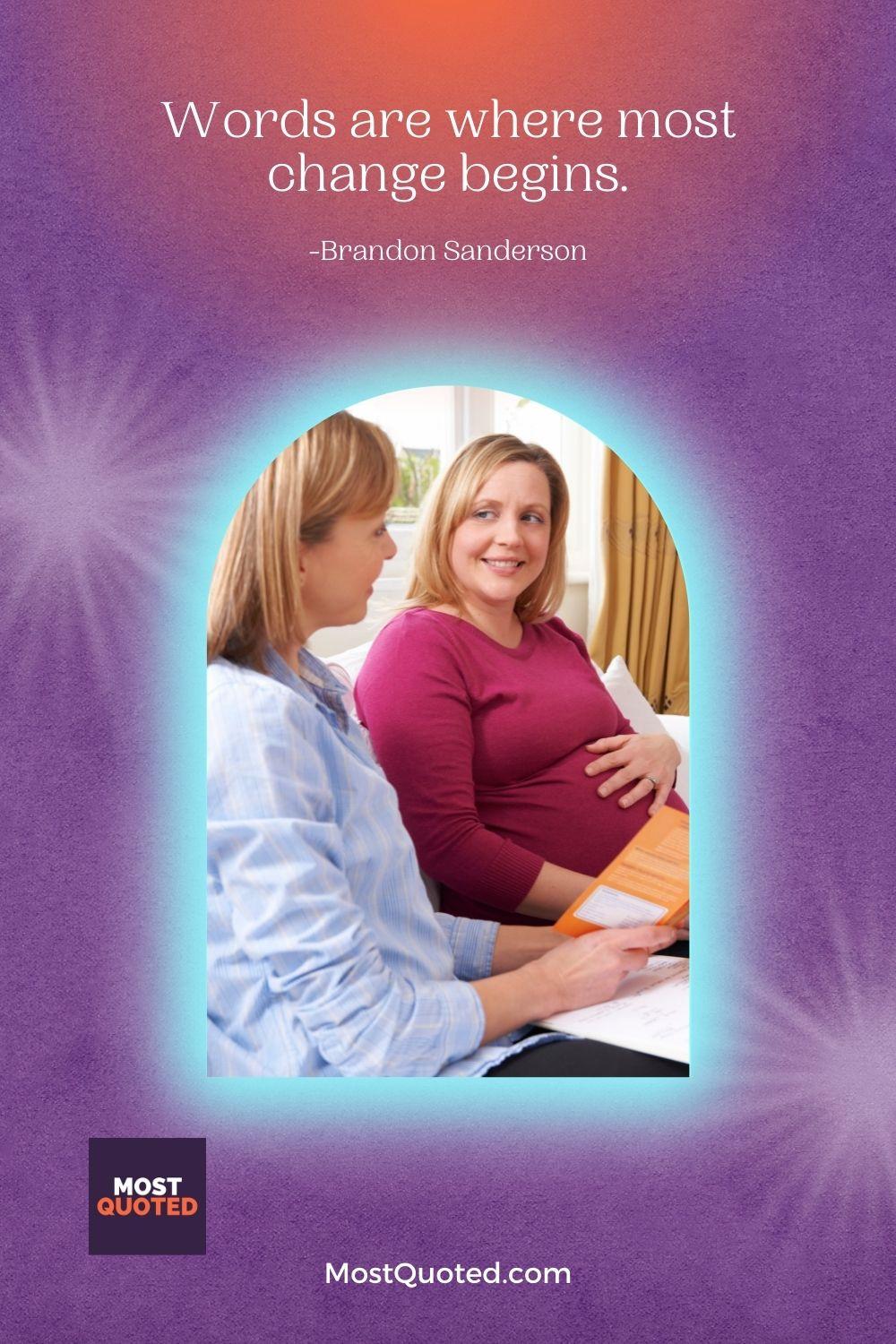 We are not trapped or locked up in these bones. No, no. We are free to change. And love changes us. And if we can love one another, we can break open the sky.

Time takes it all, whether you want it to or not. 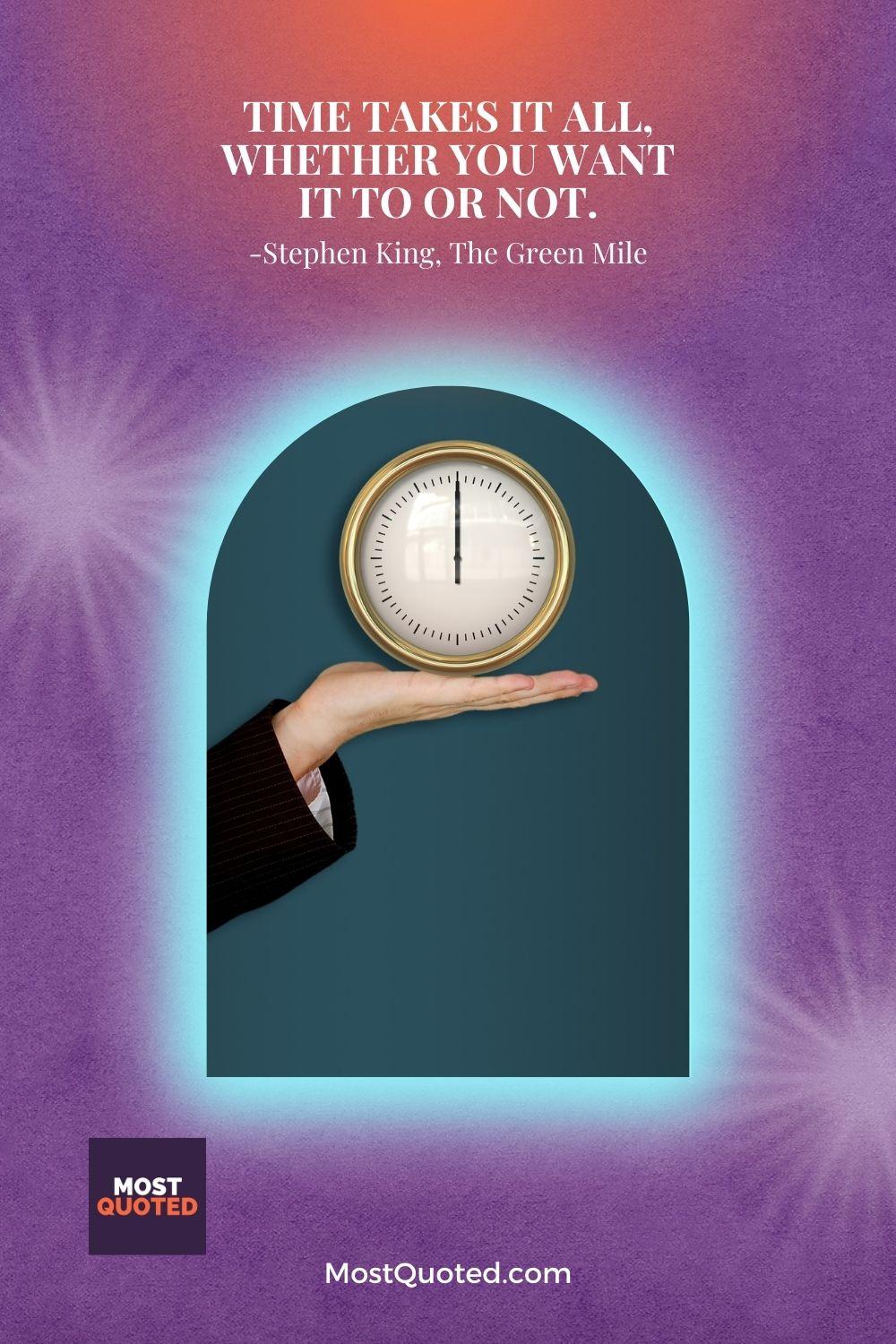 Nothing is lost . . . Everything is transformed. 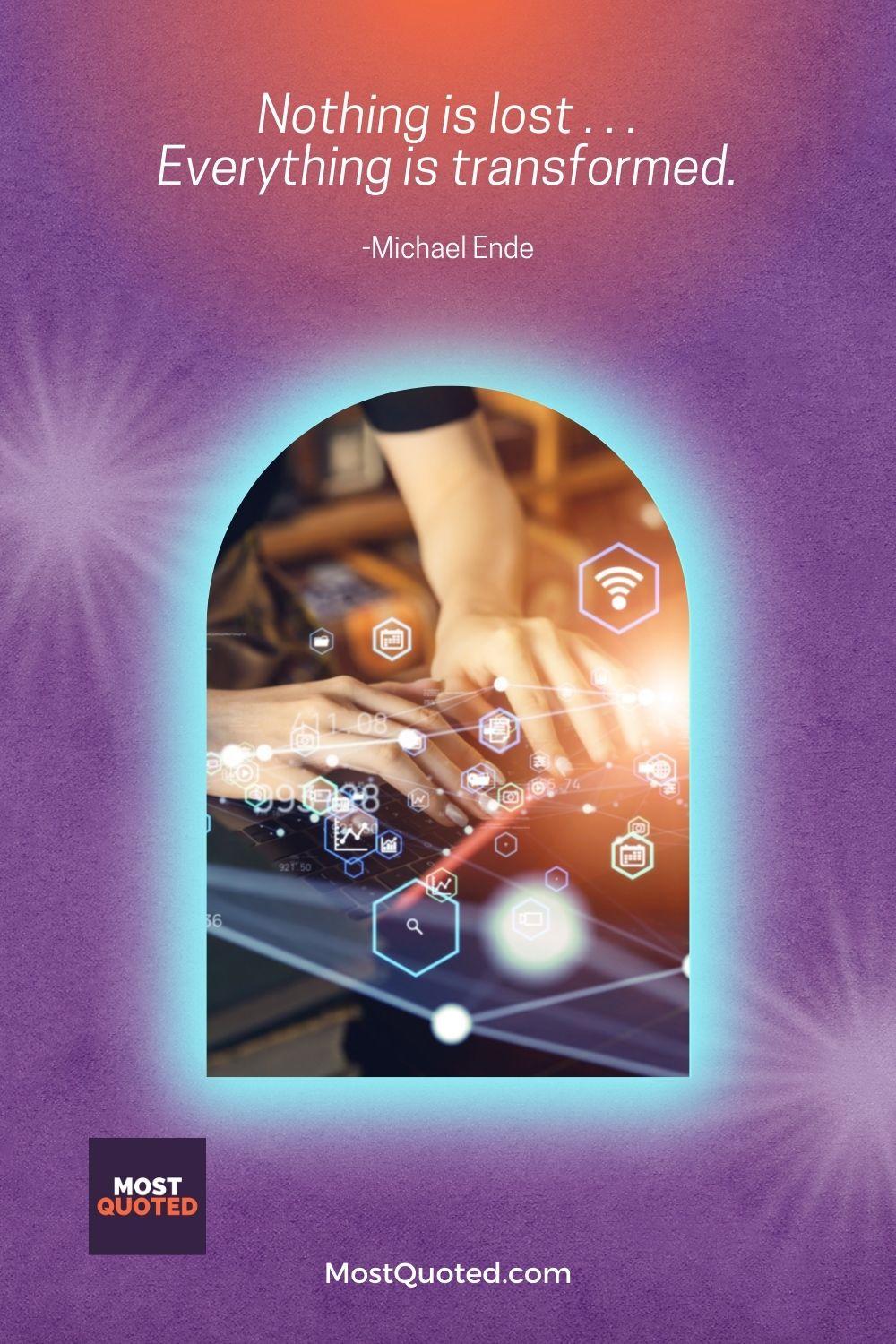 No matter what people will tell you, words and ideas can change the world. 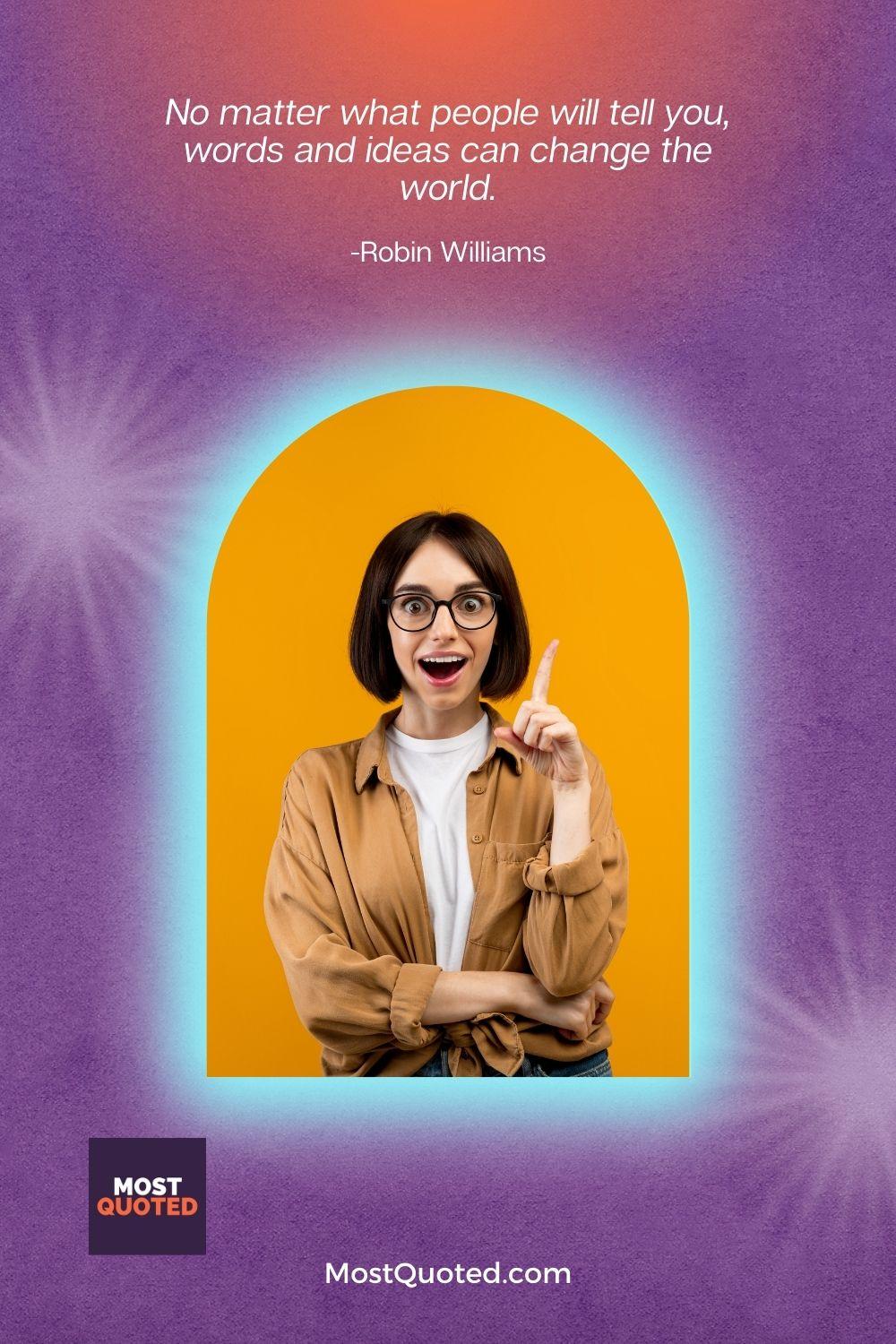 Vulnerability is the birthplace of innovation, creativity and change.

Anger, resentment and jealousy doesn’t change the heart of others it only changes yours.

People don’t change, they just have momentary steps outside of their true character.

Nothing endures but change.

You never change things by fighting the existing reality. To change something, build a new model that makes the existing model obsolete.

And that is how change happens. One gesture. One person. One moment at a time.

Desperation is the raw material of drastic change. Only those who can leave behind everything they have ever believed in can hope to escape.

Things change. And friends leave. Life doesn’t stop for anybody.

All is flux, nothing stays still. 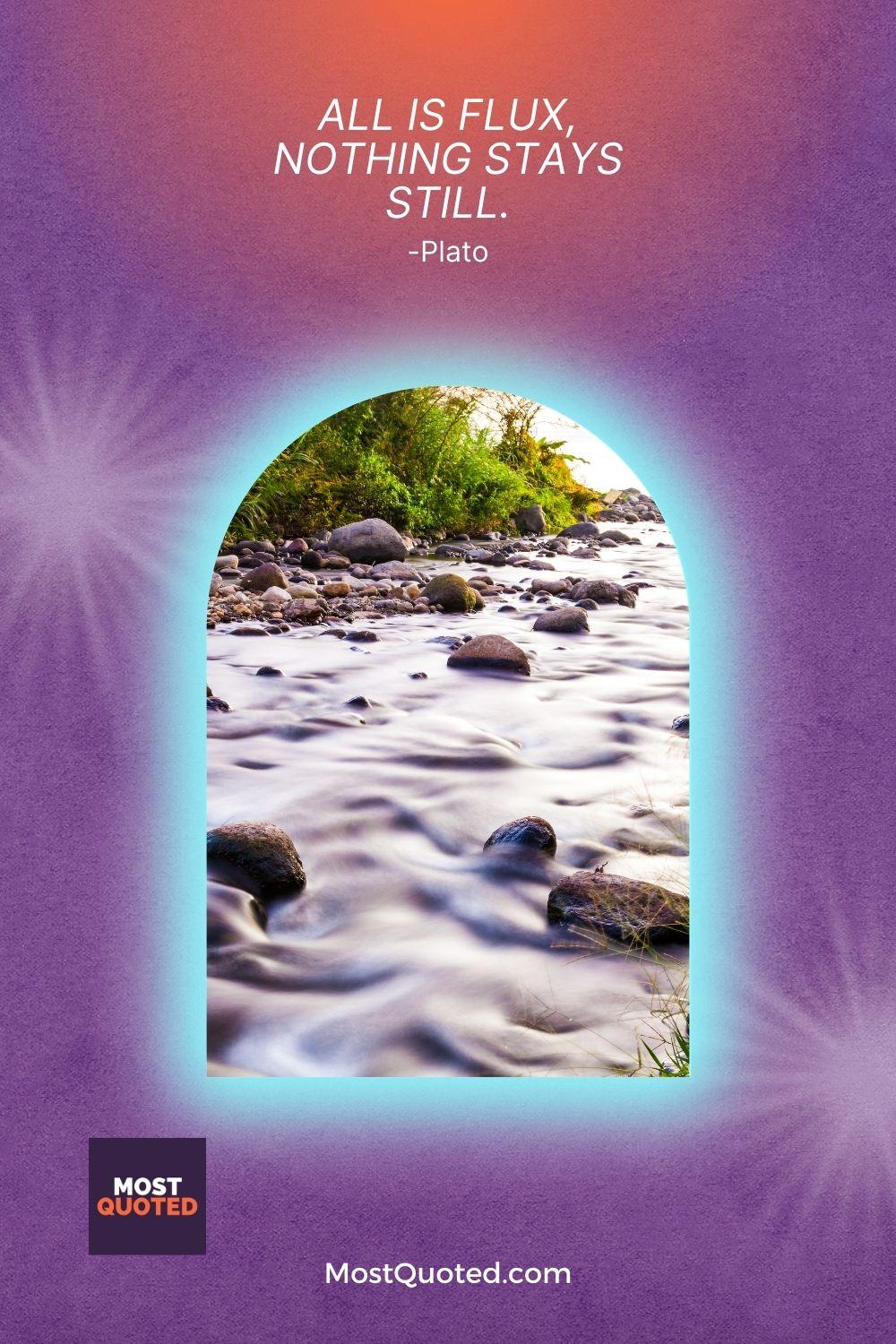 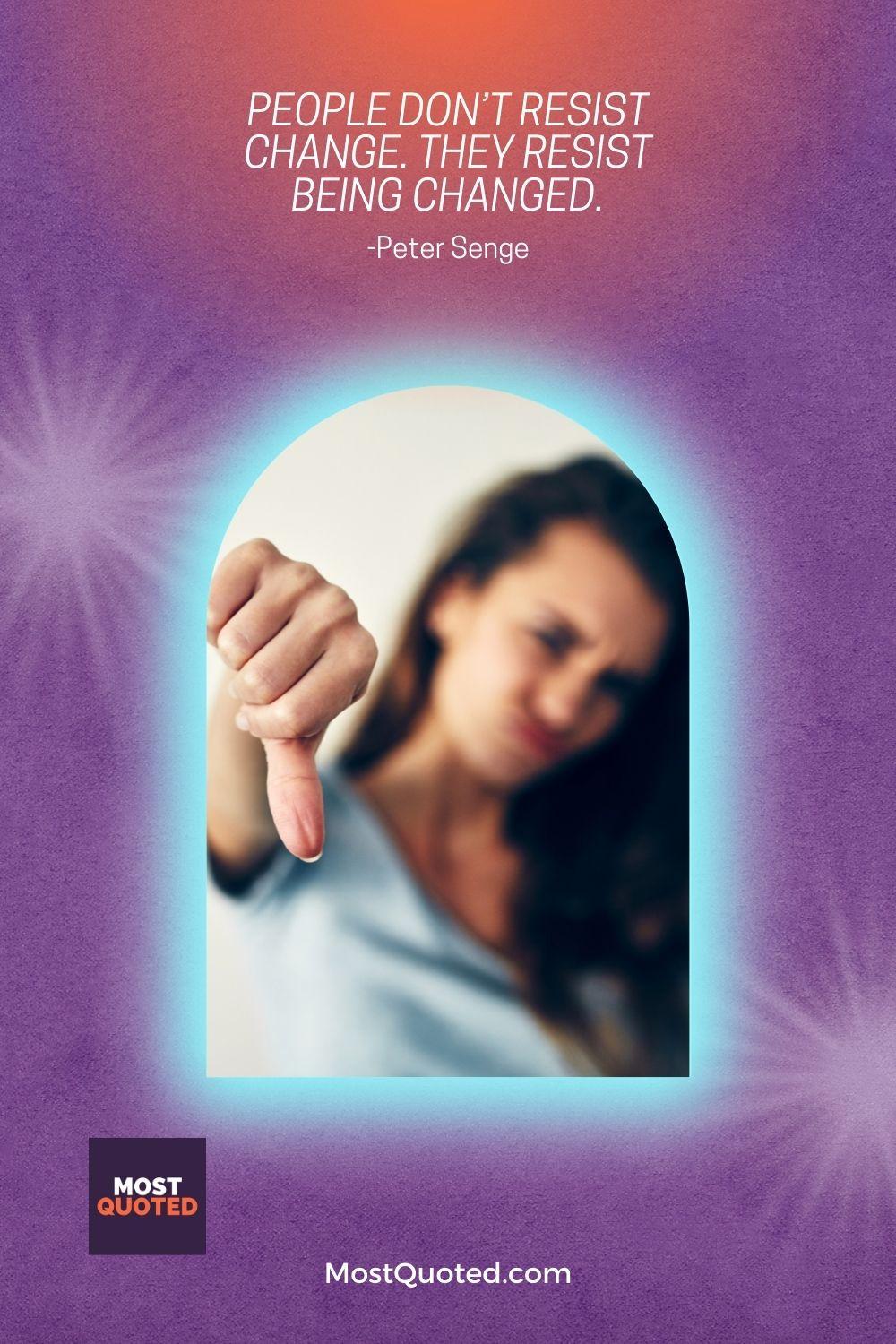 The world as we have created it is a process of our thinking. It cannot be changed without changing our thinking.

– Virginia Woolf, To the Lighthouse

Life is a series of natural and spontaneous changes. Don’t resist them; that only creates sorrow. Let reality be reality. Let things flow naturally forward in whatever way they like.

I alone cannot change the world, but I can cast a stone across the waters to create many ripples.

No matter who you are, no matter what you did, no matter where you’ve come from, you can always change, become a better version of yourself.

Folks, I don’t trust children. They’re here to replace us.

Quotes and Thoughts on Change

Anyone who isn’t embarrassed of who they were last year probably isn’t learning enough.

Some changes look negative on the surface but you will soon realize that space is being created in your life for something new to emerge.

Related: Space Quotes To Inspire You To Shoot For The Stars

I don’t need a friend who changes when I change and who nods when I nod; my shadow does that much better 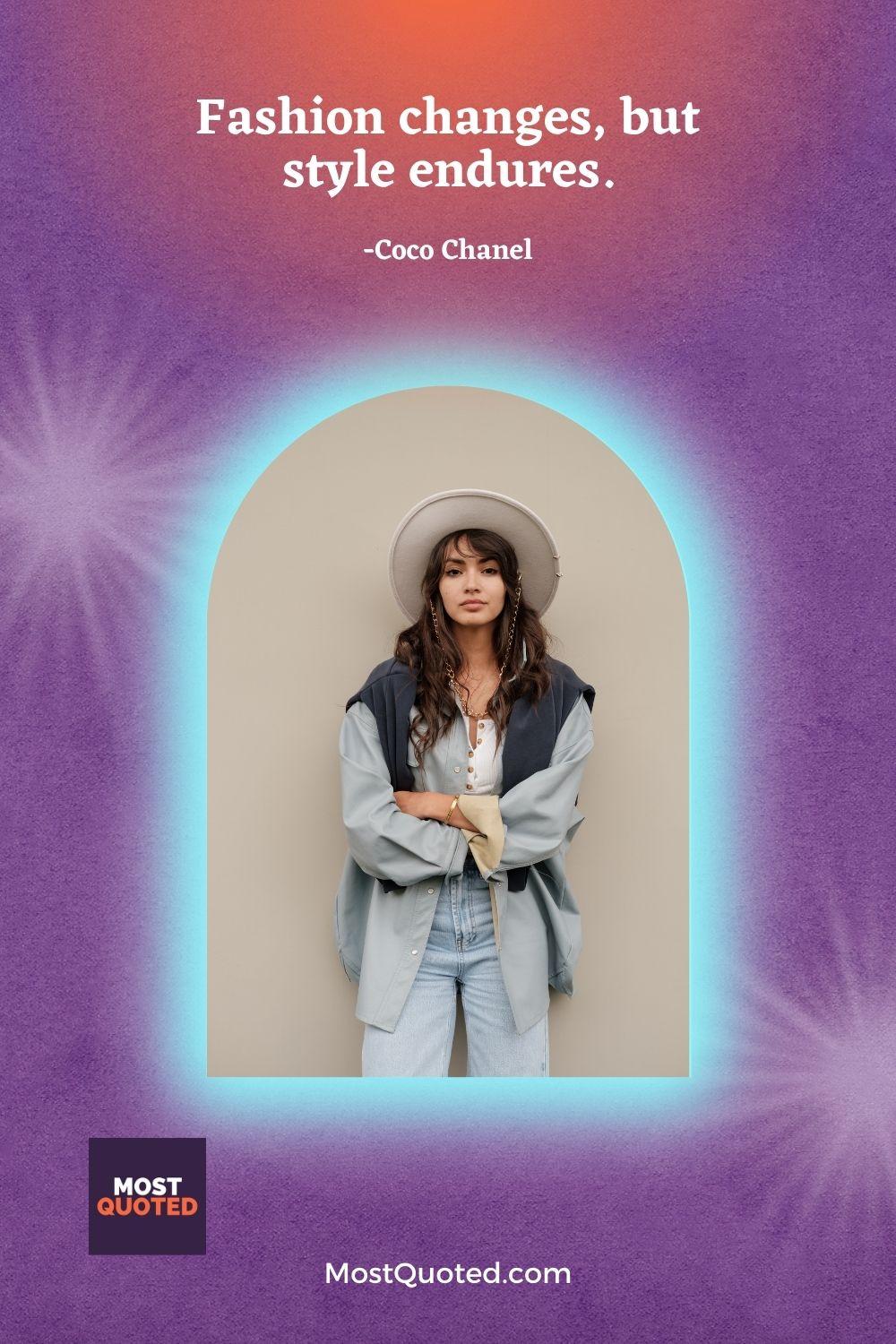 The changes we dread most may contain our salvation.

Change your life today. Don’t gamble on the future, act now, without delay.

he philosophers have only interpreted the world, in various ways. The point, however, is to change it.

Every hundred feet the world changes.

Change may not always bring growth, but there is no growth without change.

People change for two reasons; either they learned a lot or they’ve been hurt too much.

The people who are crazy enough to think they can change the world are the ones who do.

A bend in the road is not the end of the road… Unless you fail to make the turn.

What is necessary to change a person is to change his awareness of himself.

Changing is what people do when they have no options left.

People can cry much easier than they can change. 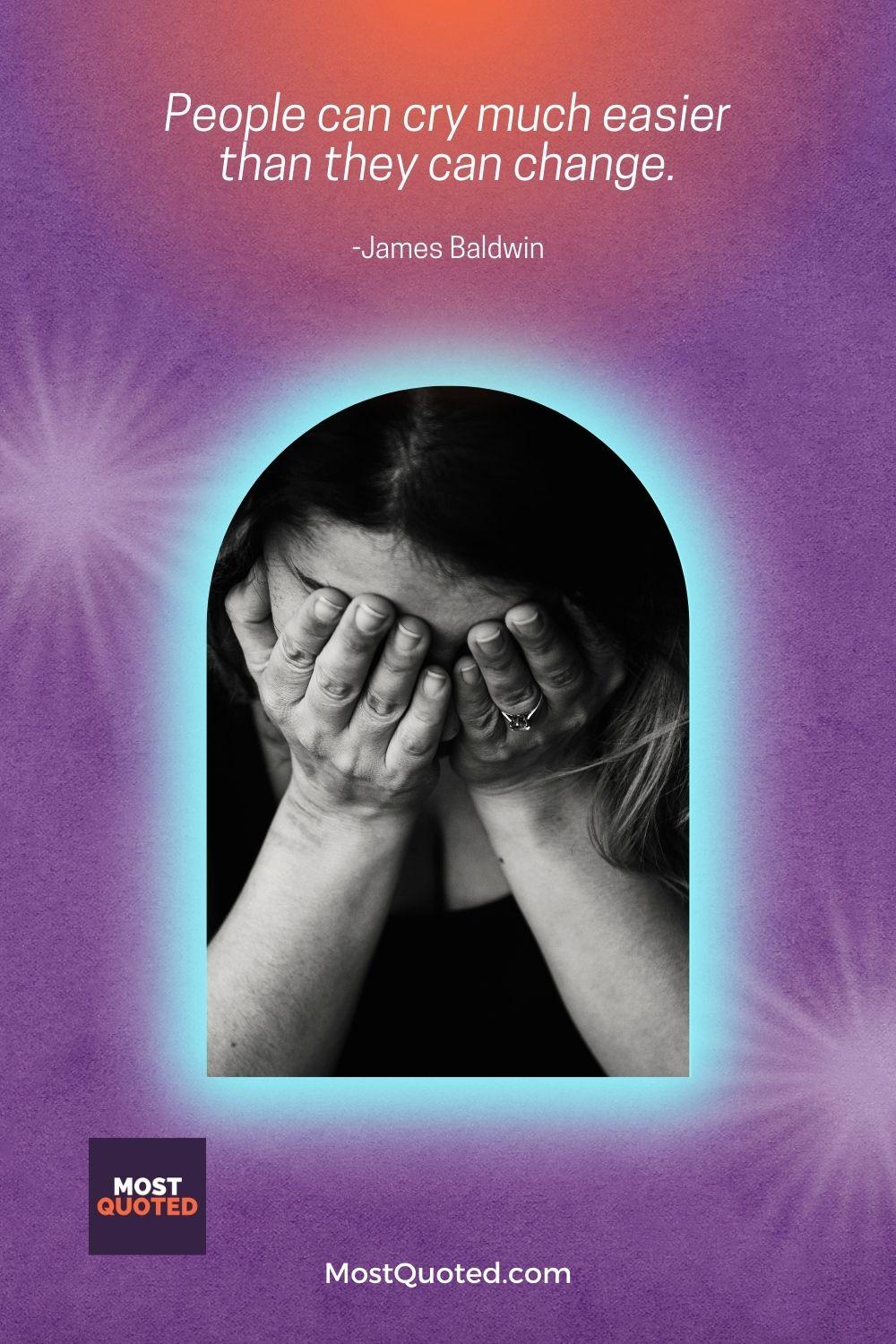 If you want to change attitudes, start with a change in behavior.

We change the world not by what we say or do, but as a consequence of what we have become.

The world doesn’t change in front of your eyes, it changes behind your back.

Every woman that finally figured out her worth, has picked up her suitcases of pride and boarded a flight to freedom, which landed in the valley of change.

Quotes To Embrace Changes In Your Life

To exist is to change, to change is to mature, to mature is to go on creating oneself endlessly. Betsy Farrell

Times and conditions change so rapidly that we must keep our aim constantly focused on the future.” – Walt Disney

Change is painful, but nothing is as painful as staying stuck somewhere you don’t belong.

Every great dream begins with a dreamer. Always remember, you have within you the strength, the patience, and the passion to reach for the stars to change the world.

Most Quoted is the home of sayings, words of wisdom and quotes from the most quoted philosophers, writers, artists and thinkers. In addition to this collection of Change Quotes, you will find hundreds of other quotes lists and collections on this site.