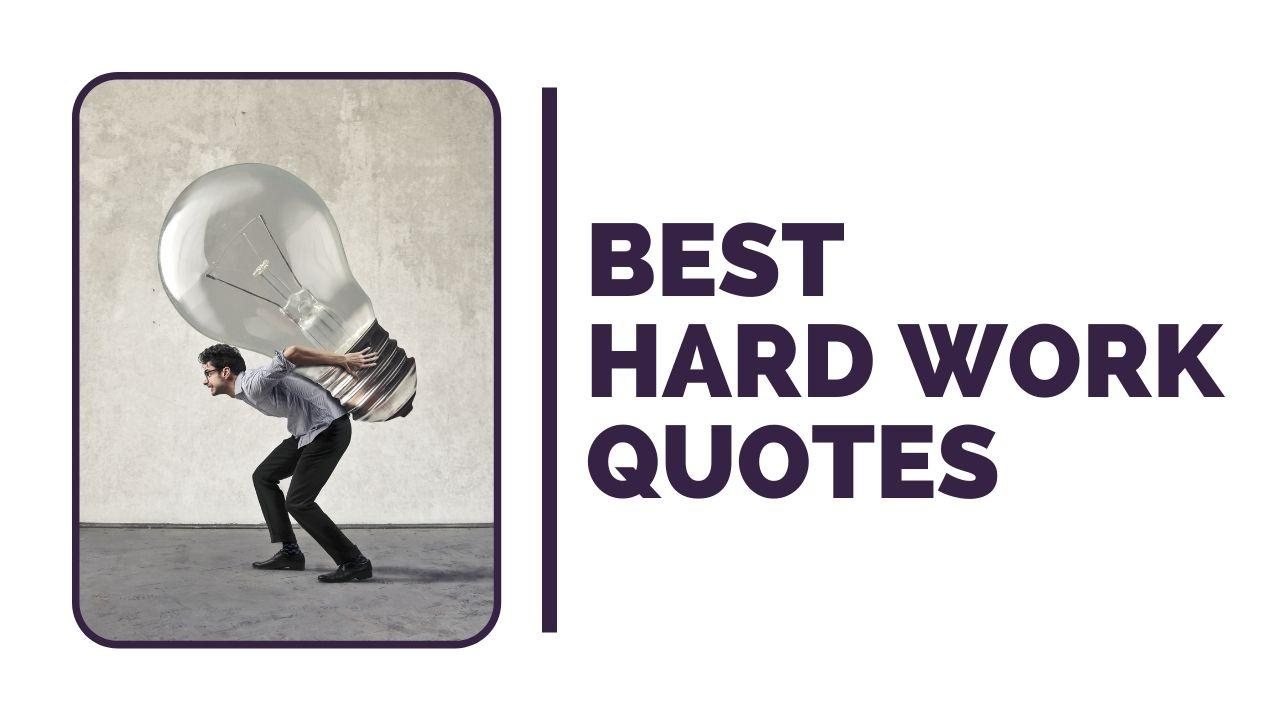 When you know you need to keep putting in the hard work, but need a little boost, it’s time to read our collection of Hard Work quotes!

It’s a common misconception that success comes easy. But the truth is, success only comes to those who are willing to put in the hard work. Anyone who has ever achieved anything significant will tell you that it took a lot of hard work to get there.

There’s no doubt that putting in the effort to achieve your goals is a key ingredient for success. But what if you could work even harder and achieve even more? It might seem impossible, but it’s not. All you need is a bit of inspiration to help you push yourself to new levels.

Here are some hard work quotes to inspire you to keep going when the going gets tough and help you achieve your goals.

Action is the foundational key to all success.

The ones who say you can’t are too afraid you will. 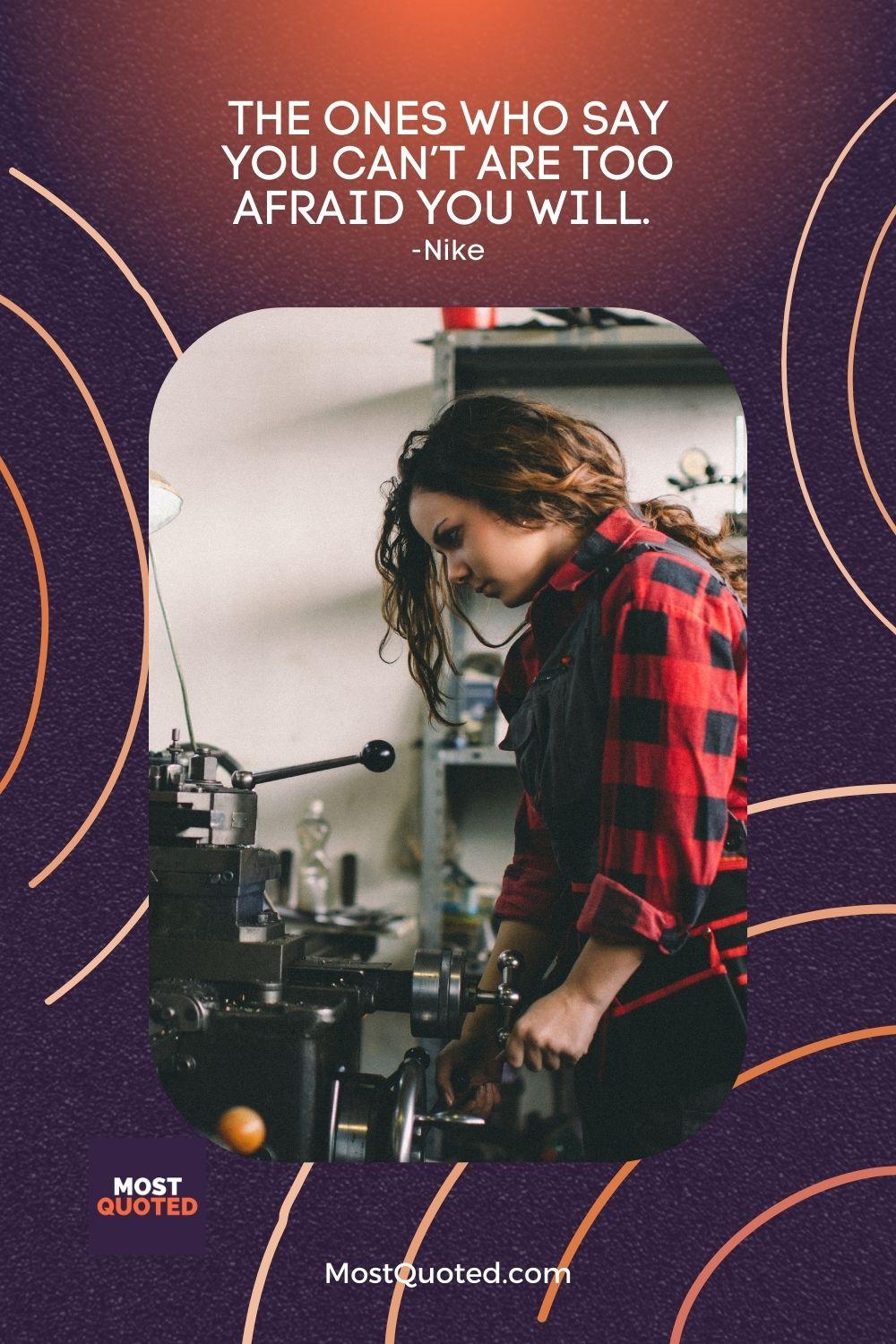 Always make a total effort, even when the odds are against you.

When you find the right thing to do, and people to work with, invest deeply into that, and stick with it for decades.

You can outwork 95% of people by just showing up every day.

Take up one idea, make that one idea your life. Think of it, dream of it, live on that idea. Let the brain, muscles, nerves, every part of your body be full of that idea, and just leave every other idea alone. This is the way to success.

I’m a designer, and I work very hard at that. People sometimes want to put down fashion by saying it’s frivolous or superficial, but it’s not that way at all. It’s actually very hard work.

When you feel like stopping think about why you started.

Let me tell you the secret that has led me to my goals: my strength lies solely in my tenacity.

Related: Inspirational Strength Quotes To Build A Steel Like Mindset

Work without love is slavery.

Work while you have the light. You are responsible for the talent that has been entrusted to you.

Nothing in life that’s worth anything is easy.

Being busy does not always mean real work. The object of all work is production or accomplishment and to either of these ends there must be forethought, system, planning, intelligence, and honest purpose, as well as perspiration. Seeming to do is not doing.

There is no time for cut-and-dried monotony. There is time for work. And time for love. That leaves no other time.

No matter how hard you work, someone else is working harder.

There is no substitute for hard work. 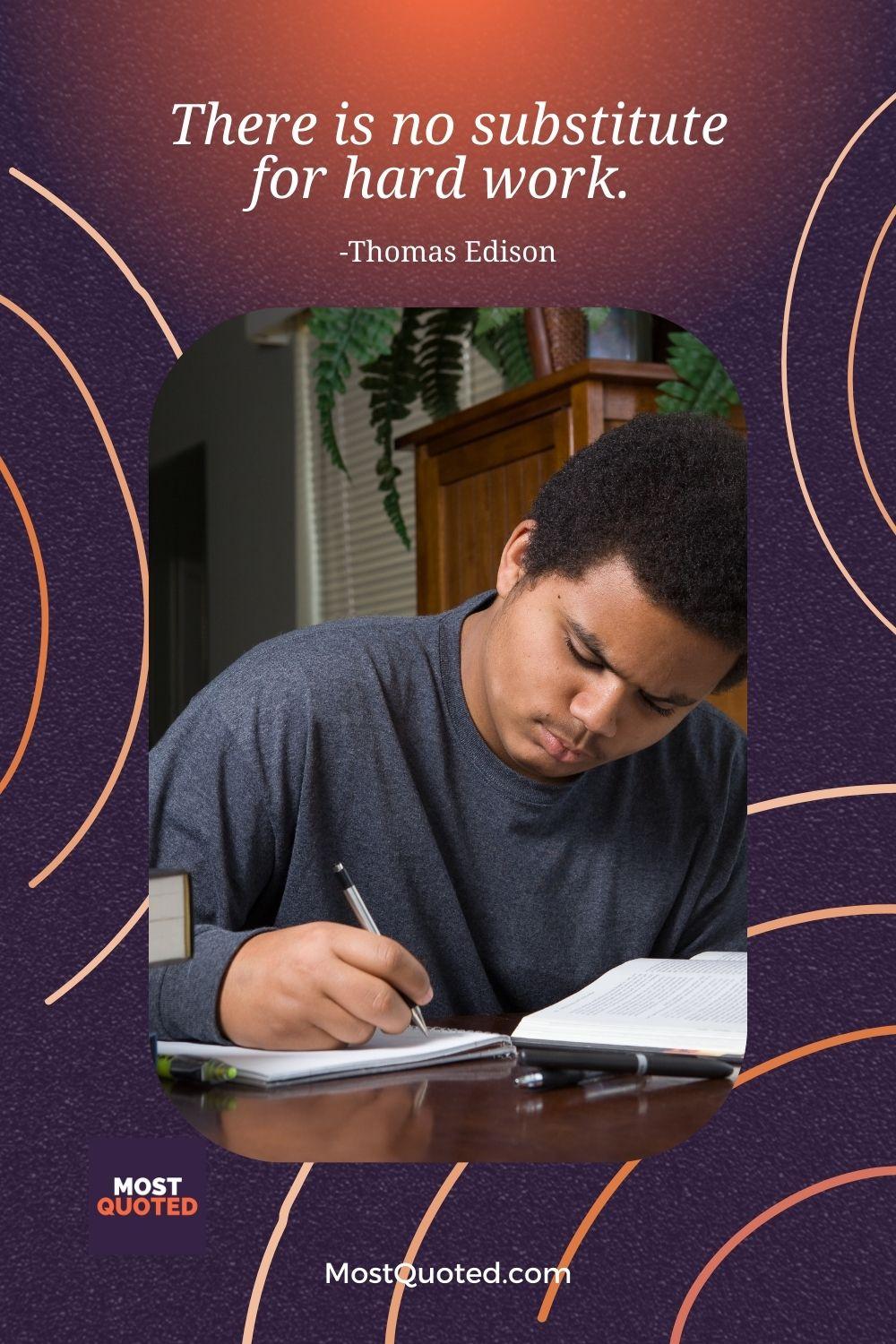 Genius is one percent inspiration and ninety-nine percent perspiration.

Your purpose in life is to find your purpose and give your whole heart and soul to it.

I really try to work as much as possible, to the edge of sanity basically.

All our dreams can come true, if we have the courage to pursue them. 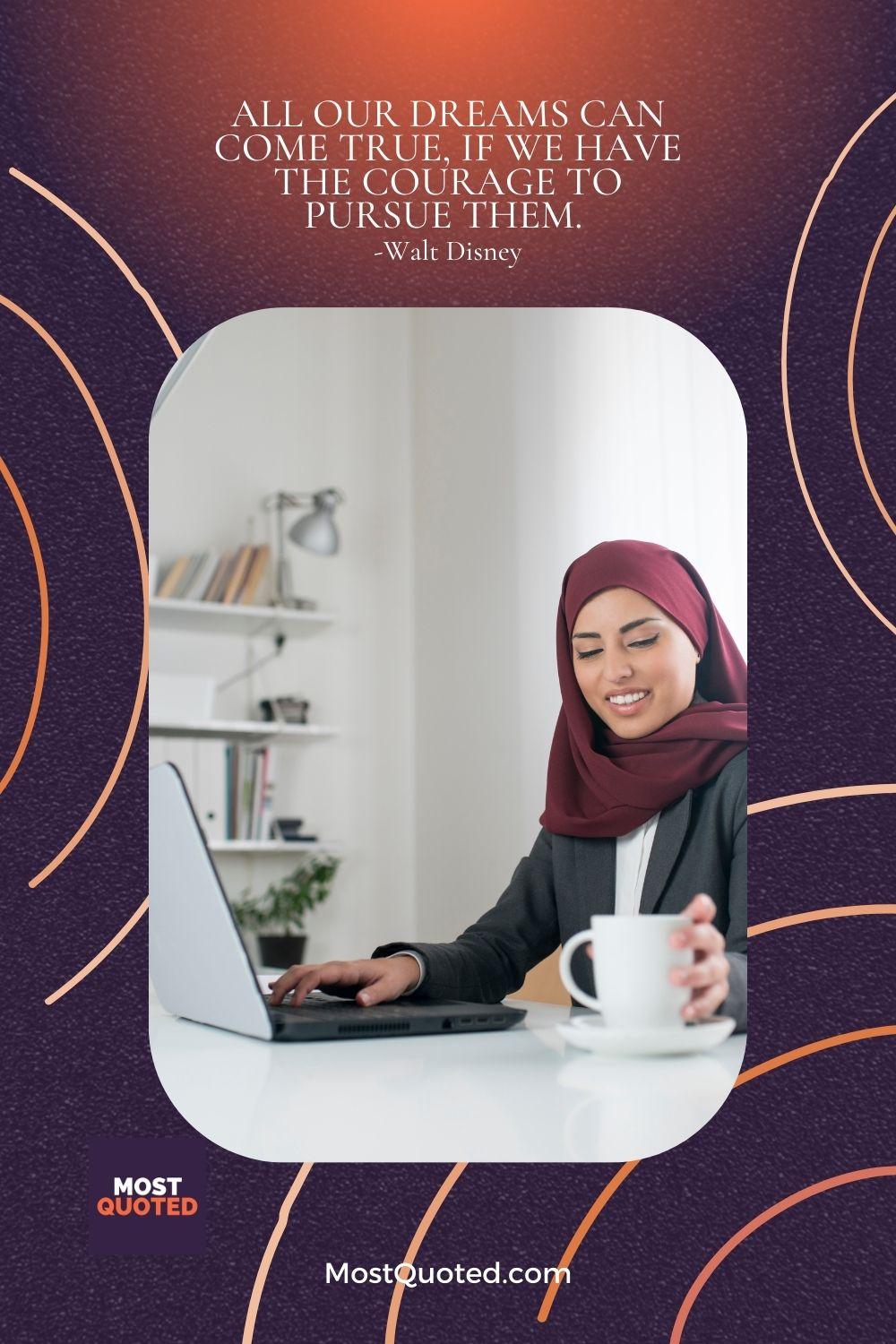 Success at anything will always come down to this: Focus and effort, and we control both. 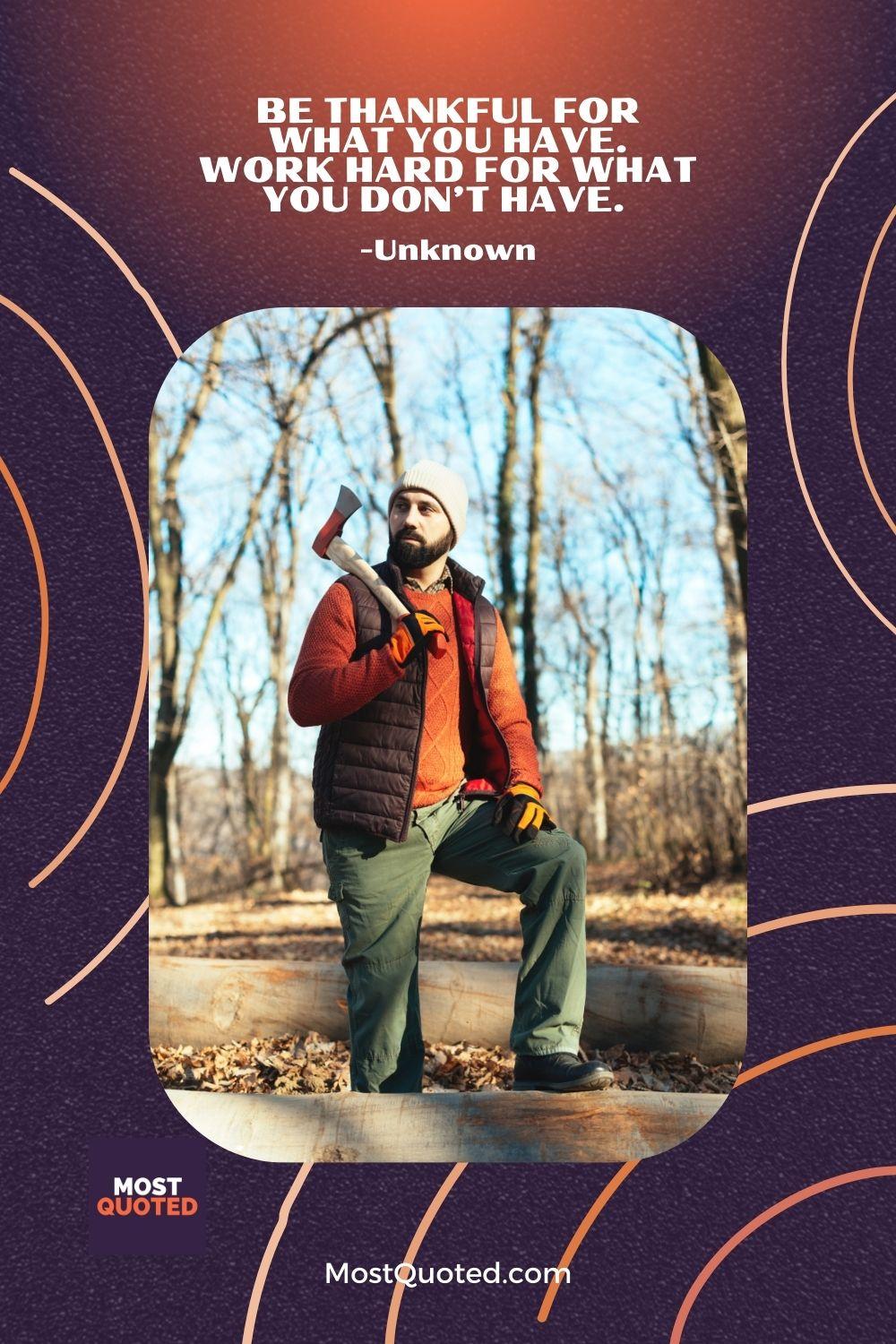 Life without endeavor is like entering a jewel mine and coming out with empty hands.

One must work and dare if one really wants to live.

Related: Quotes To Live By

Go and get your things. Dreams mean work. 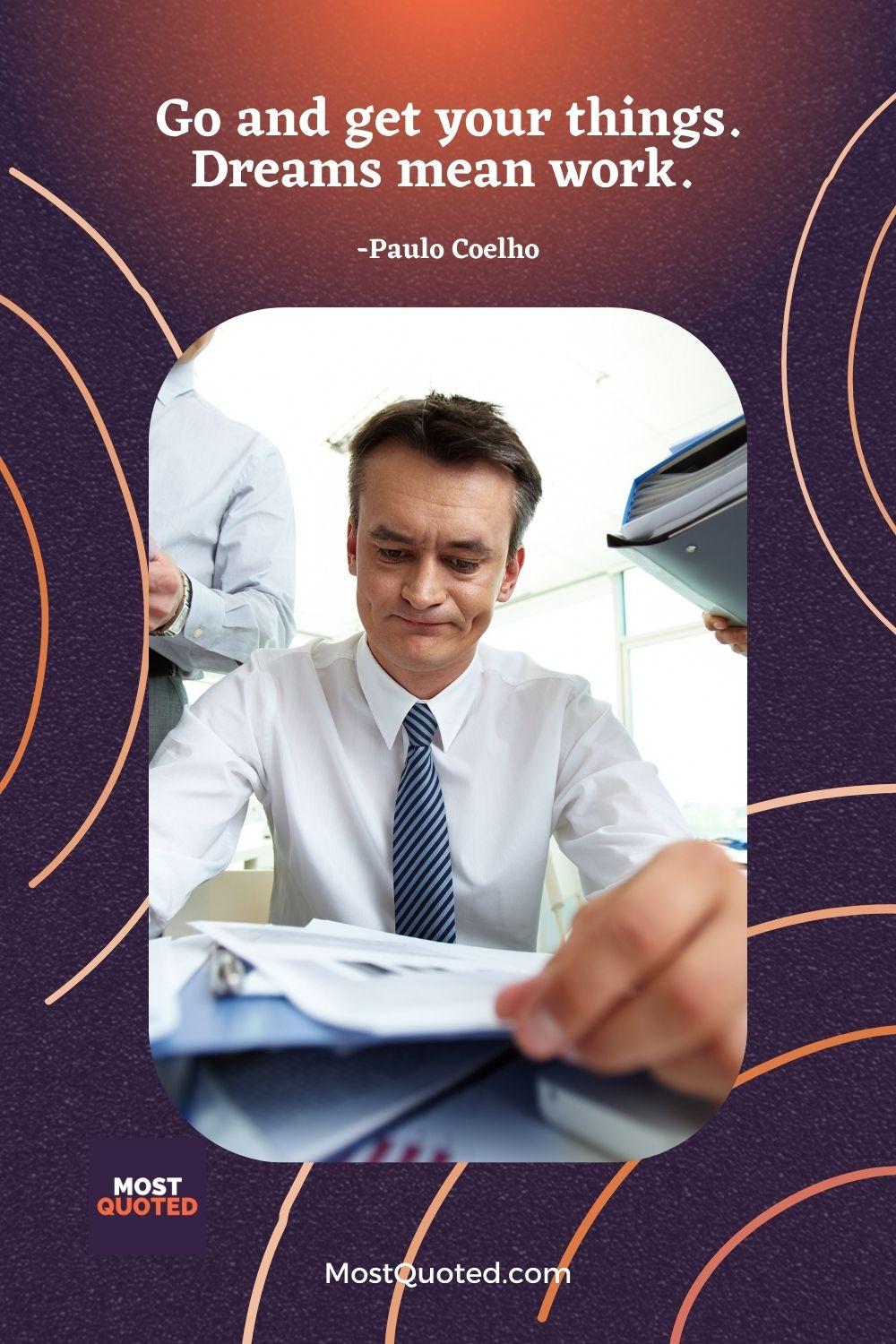 My success was due to good luck, hard work, and support and advice from friends and mentors. But most importantly, it depended on me to keep trying after I had failed.

It’s not about money or connections – it’s the willingness to outwork and outlearn everyone.

The world belongs to the energetic. 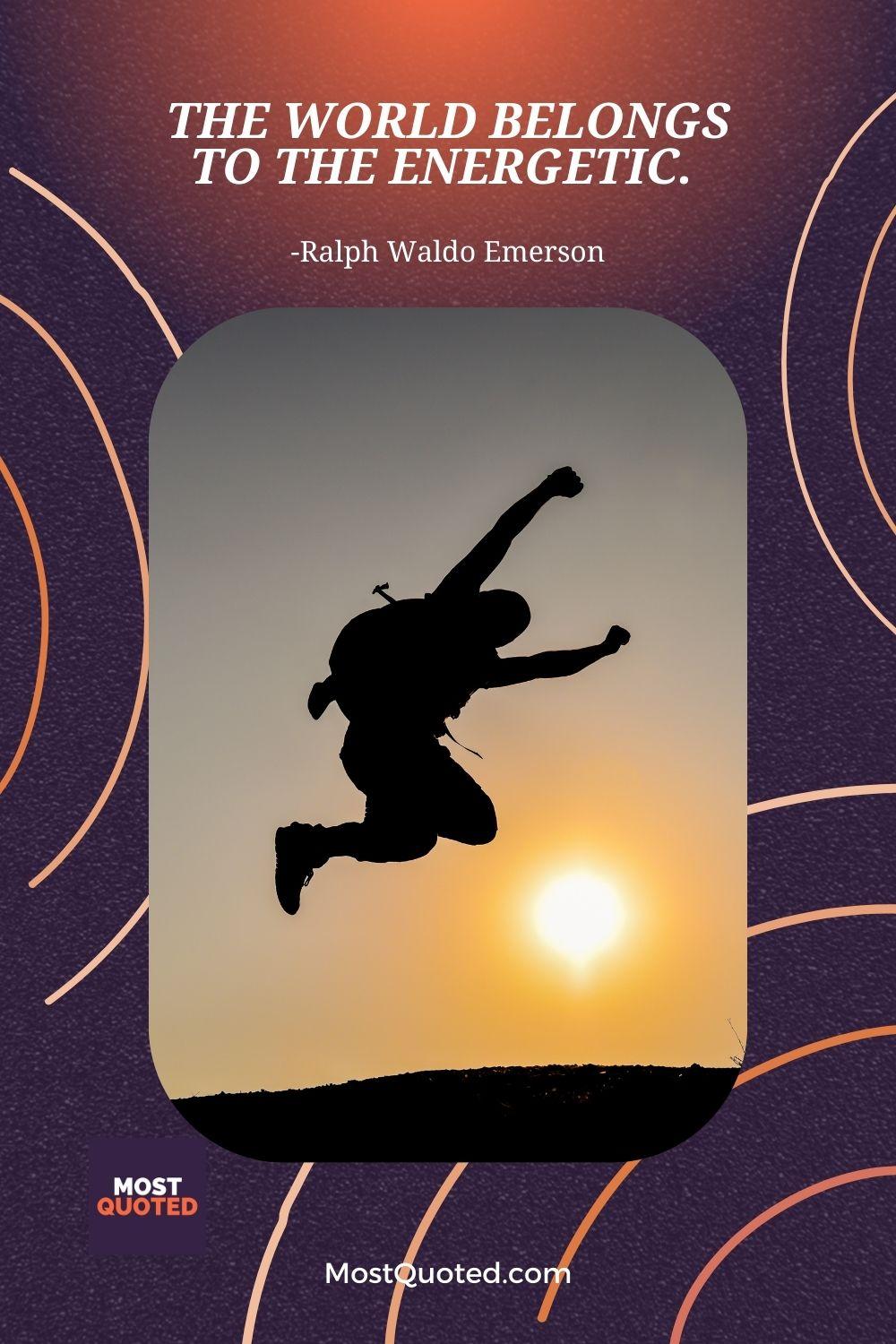 If people knew how hard I worked to achieve my mastery, it wouldn’t seem so wonderful after all.

The fight is won or lost far away from witnesses – behind the lines, in the gym, and out there on the road, long before I dance under those lights.

If you can’t outplay them, outwork them. 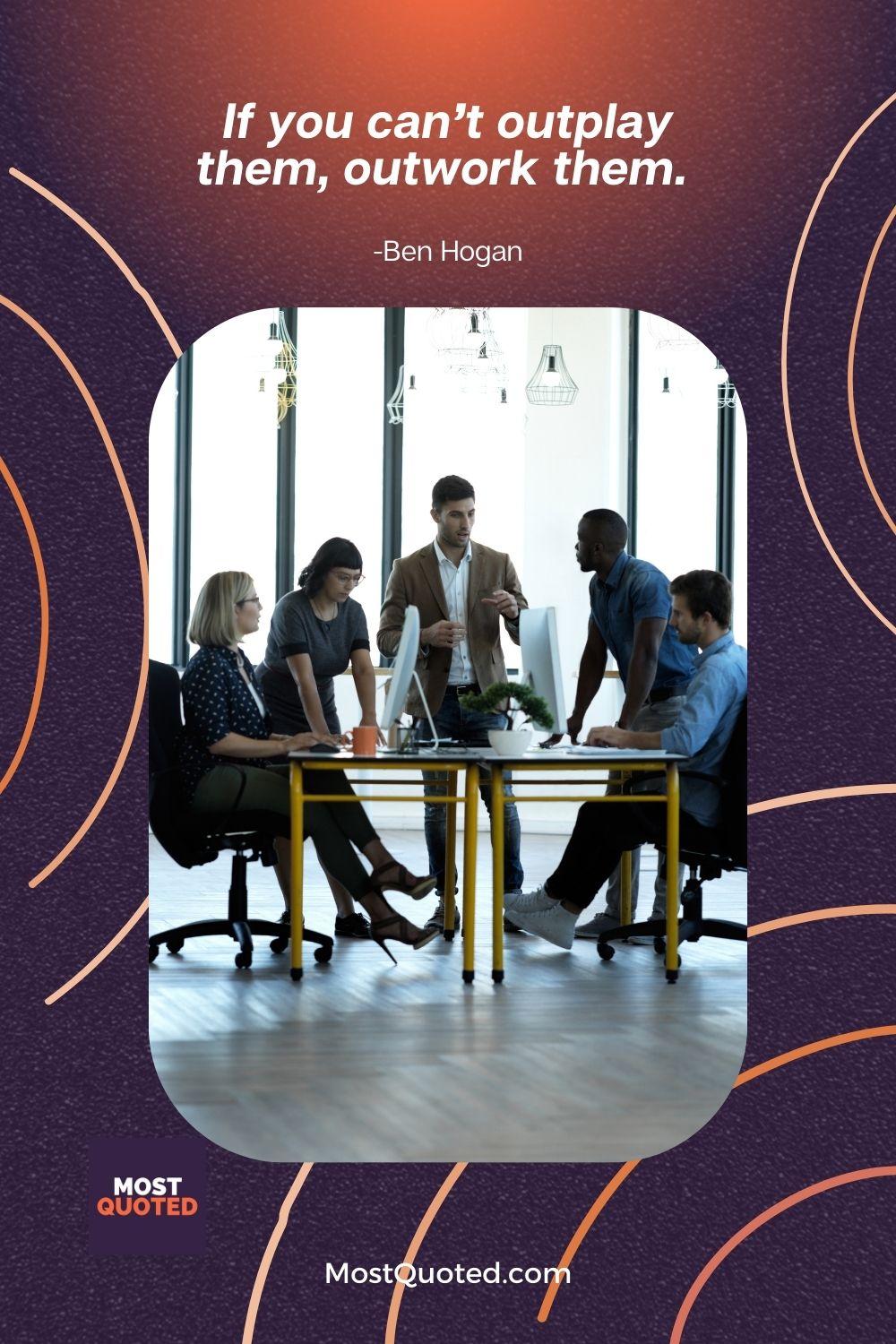 Without hustle, talent will only carry you so far.

Amateurs are busy and tense. Professionals are calm and focused.

Men die of boredom, psychological conflict and disease. They do not die of hard work.

Look in the mirror – that’s your competition.

When you live for a strong purpose, then hard work isn’t an option. It’s a necessity.

The difference between the impossible and the possible lies in a person’s determination.

Inspiration usually comes during work rather than before it.

No one ever drowned in sweat. 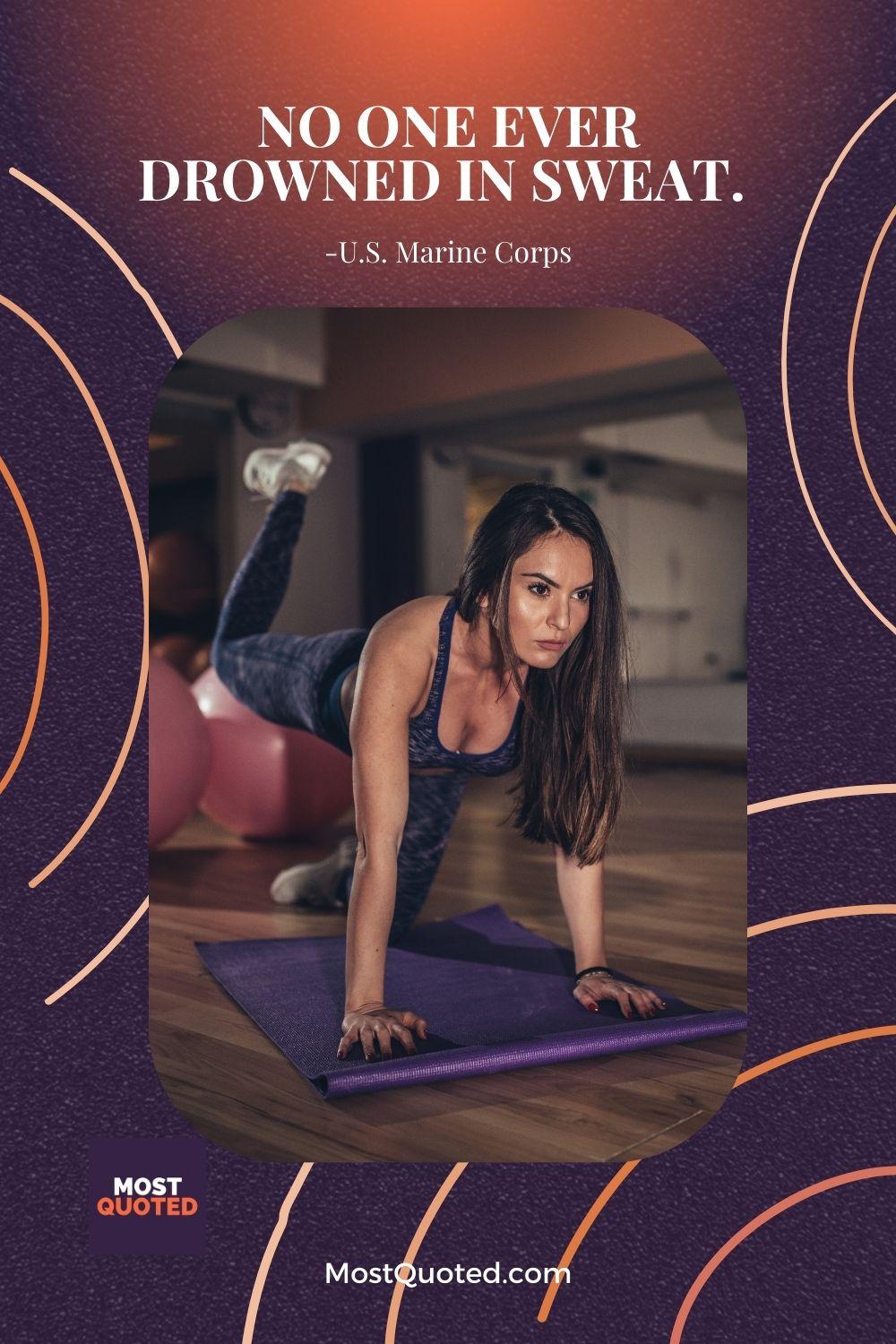 Quotes About Putting In Hard Work

I never viewed myself as particularly talented. Where I excel is ridiculous, sickening, work ethic. You know, while the other guy’s sleeping, I’m working.

I’m a greater believer in luck, and I find the harder I work the more I have of it.

The only way to do great work is to love what you do. If you haven’t found it yet, keep looking, and don’t settle.

Believe you can and you’re halfway there. 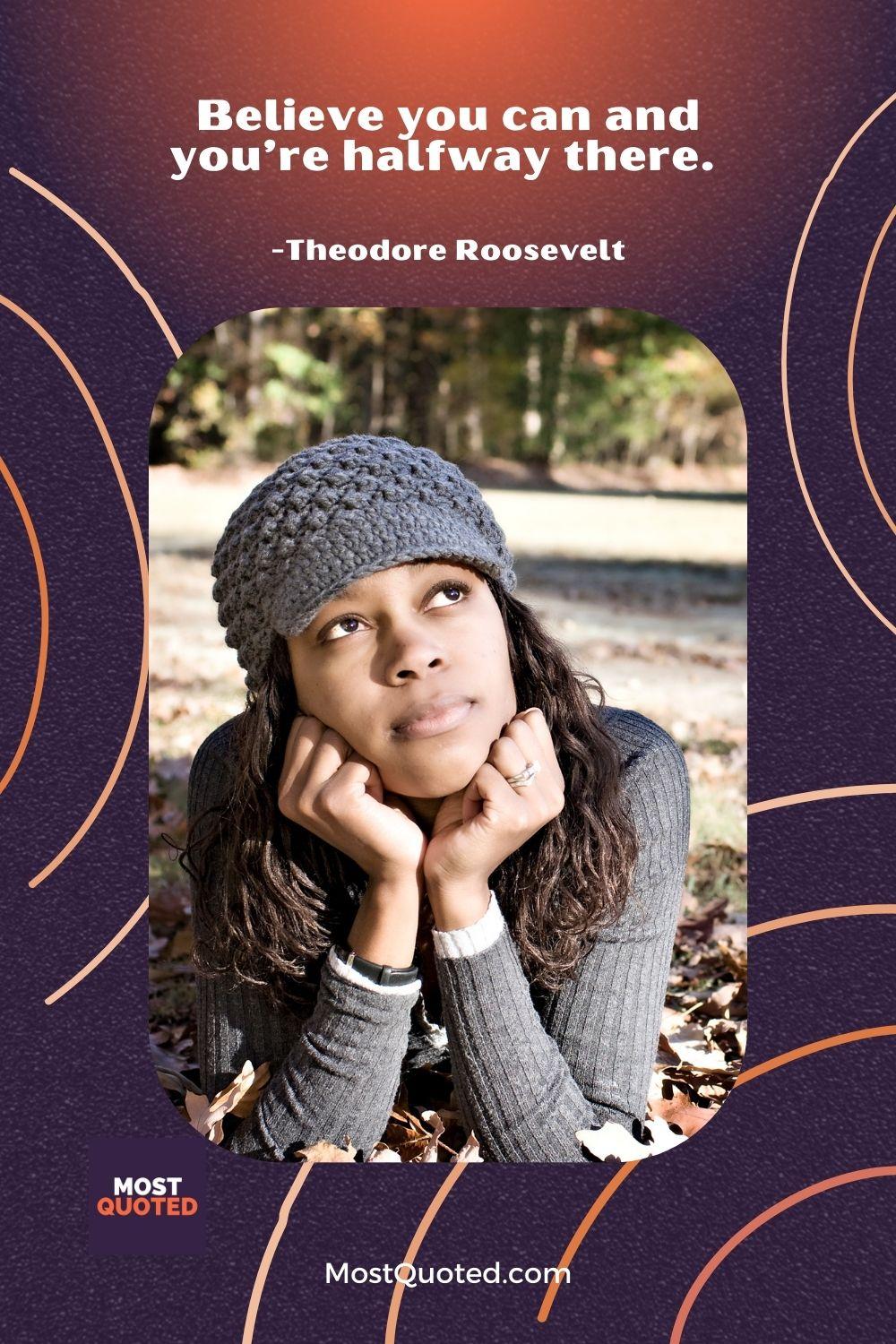 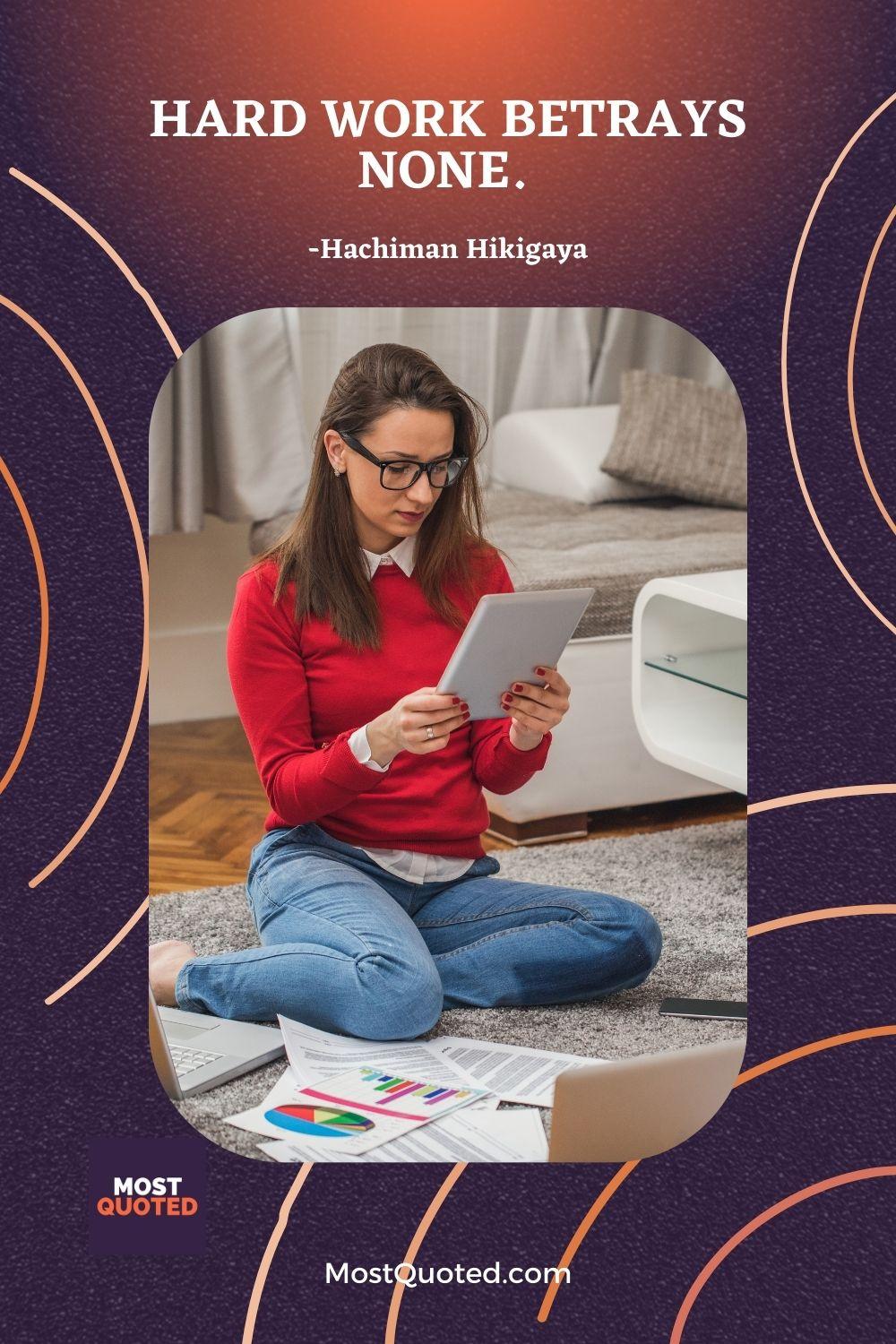 Work hard now, suffer and keep it up. Rewards are at the edge.

No struggle, no progress, no success. 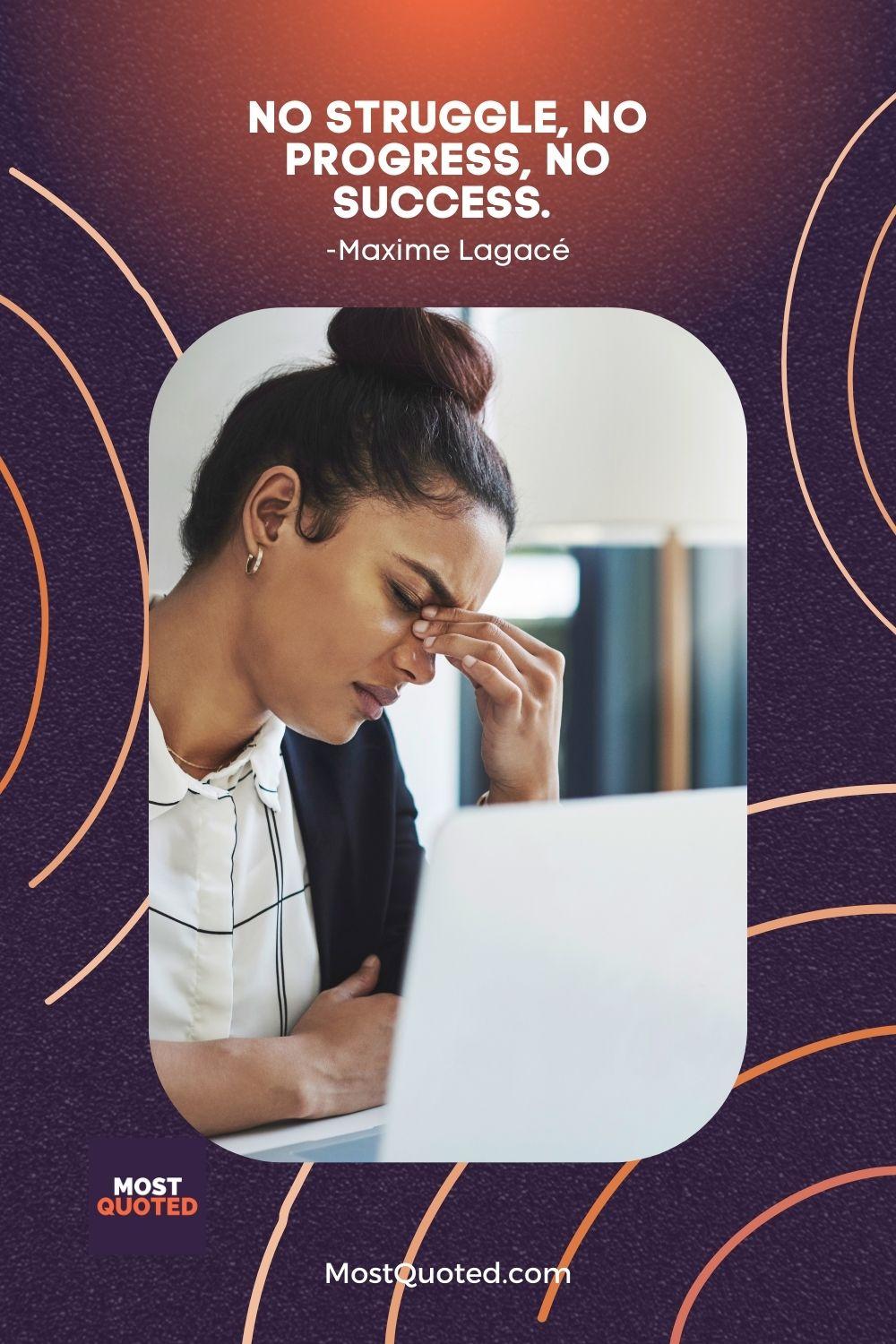 There’s no talent here, this is hard work. This is an obsession.

Do not whine… Do not complain. Work harder. Spend more time alone.

Talent means nothing. 50% of my success comes from luck. 50% comes from never giving up.

Hard work compounds like interest, and the earlier you do it, the more time you have for the benefits to pay off.

A sign of a hard worker is one who works without complaint. 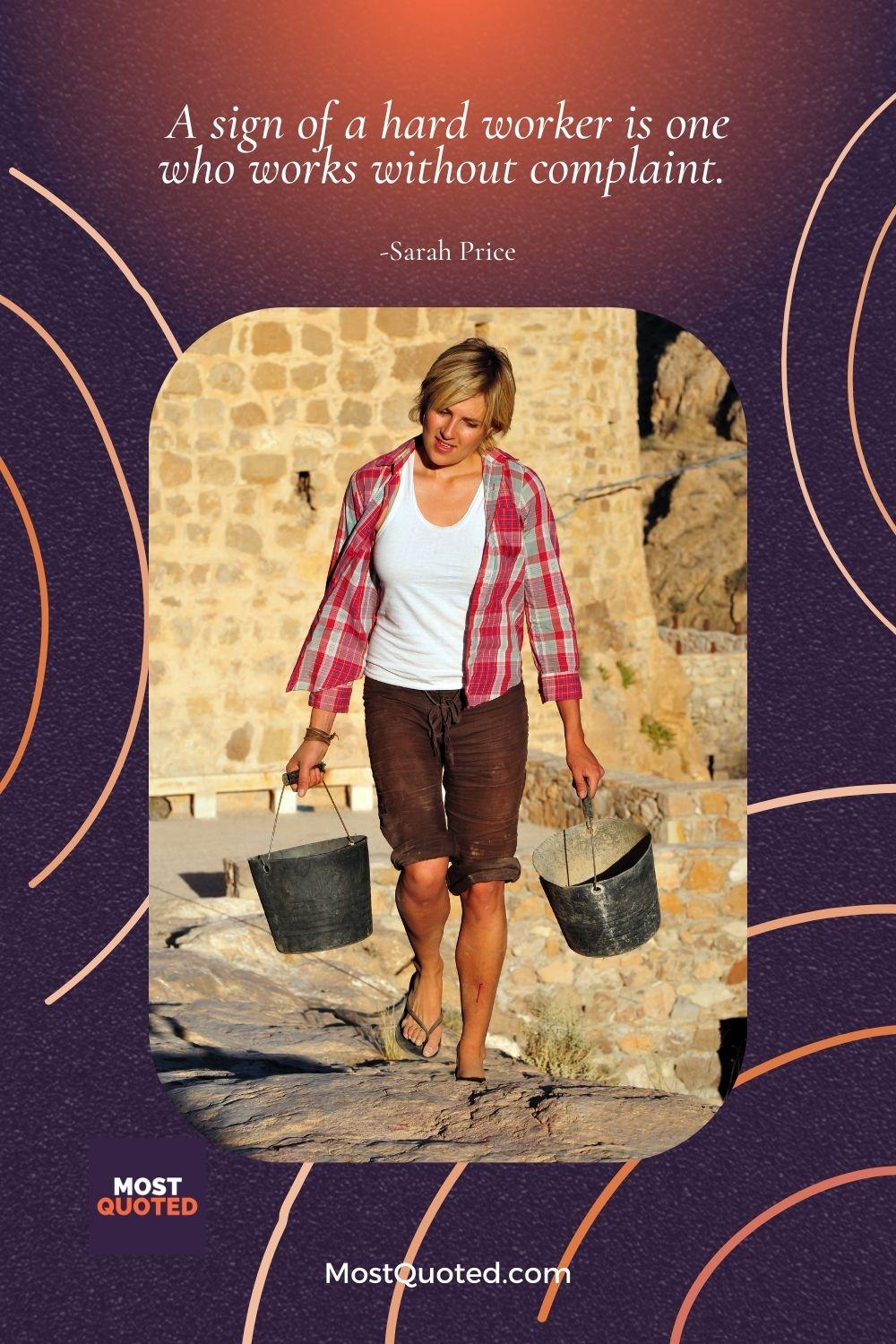 Luck is a matter of preparation meeting opportunity.

Without ambition one starts nothing. Without work one finishes nothing. The prize will not be sent to you. You have to win it.

Going all-in on something will make you feel alive and ultimately, satisfied.

I would rather risk wearing out than rusting out. 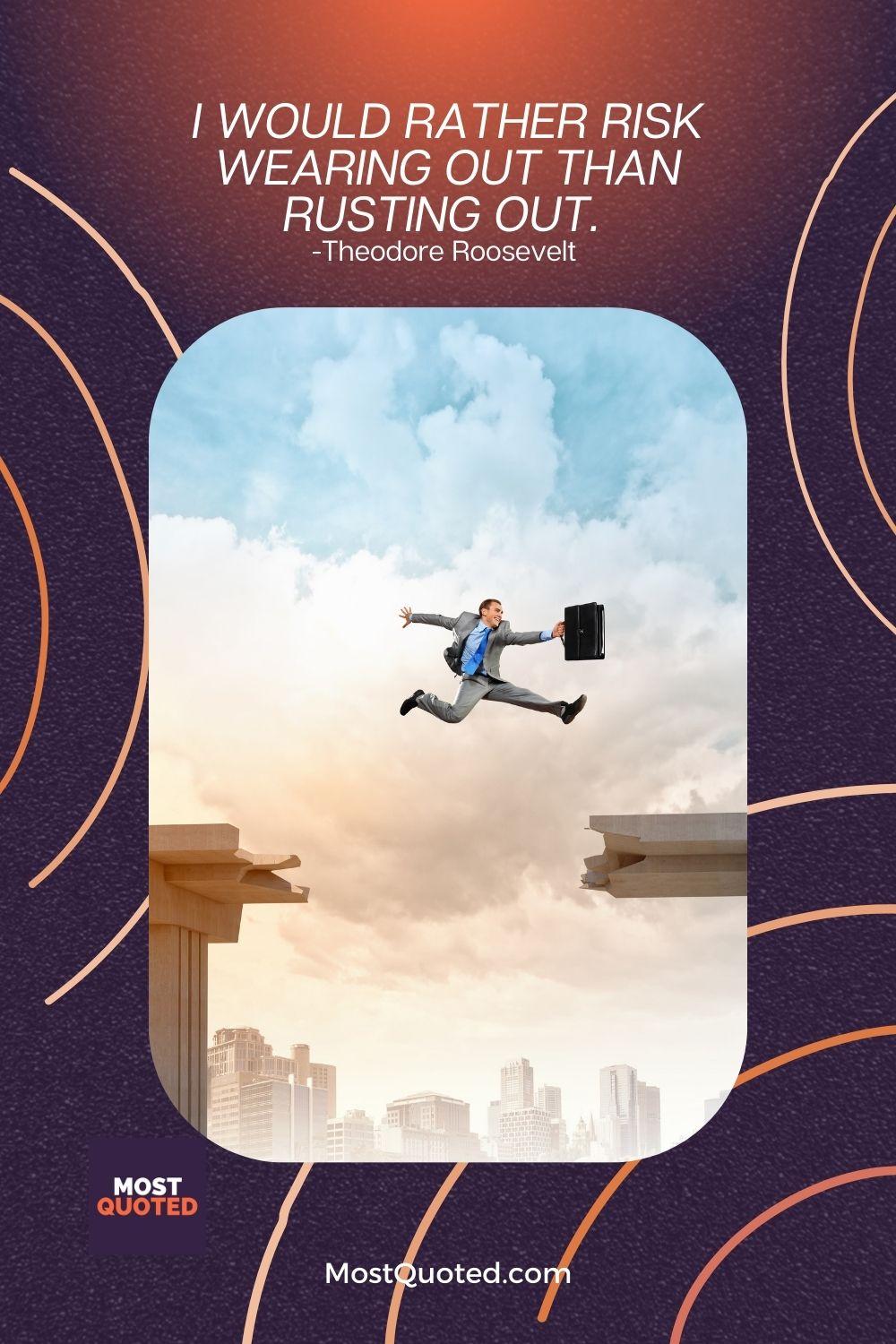 Never slow down for the world, one day it will catch-up with you.

To succeed in life, you need two things: ignorance and confidence.

Hard work teaches us that it takes more than hard work.

The heights by great men reached and kept were not attained in sudden flight but, they while their companions slept, they were toiling upwards in the night.

Those who aim at great deeds must also suffer greatly.

My father taught me to work; he did not teach me to love it.

Things may come to those who wait, but only the things left by those who hustle.

The man who can drive himself further once the effort gets painful is the man who will win.

To succeed, work hard, never give up and above all, cherish a magnificent obsession.

Without labor nothing prospers. 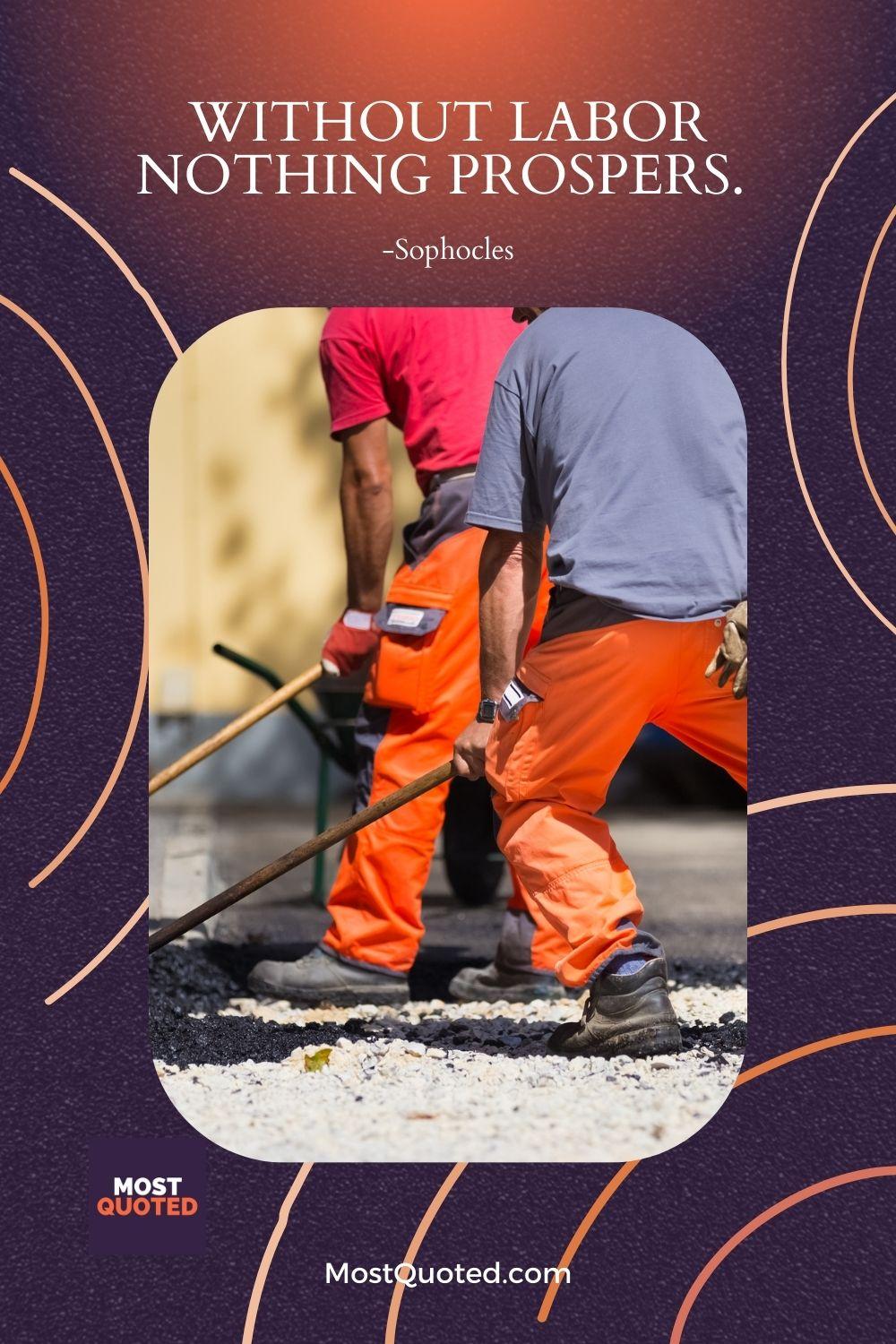 Winners embrace hard work. They love the discipline of it, the trade-off they’re making to win. Losers, on the other hand, see it as punishment. And that’s the difference.

Start with a cry, end with a smile. 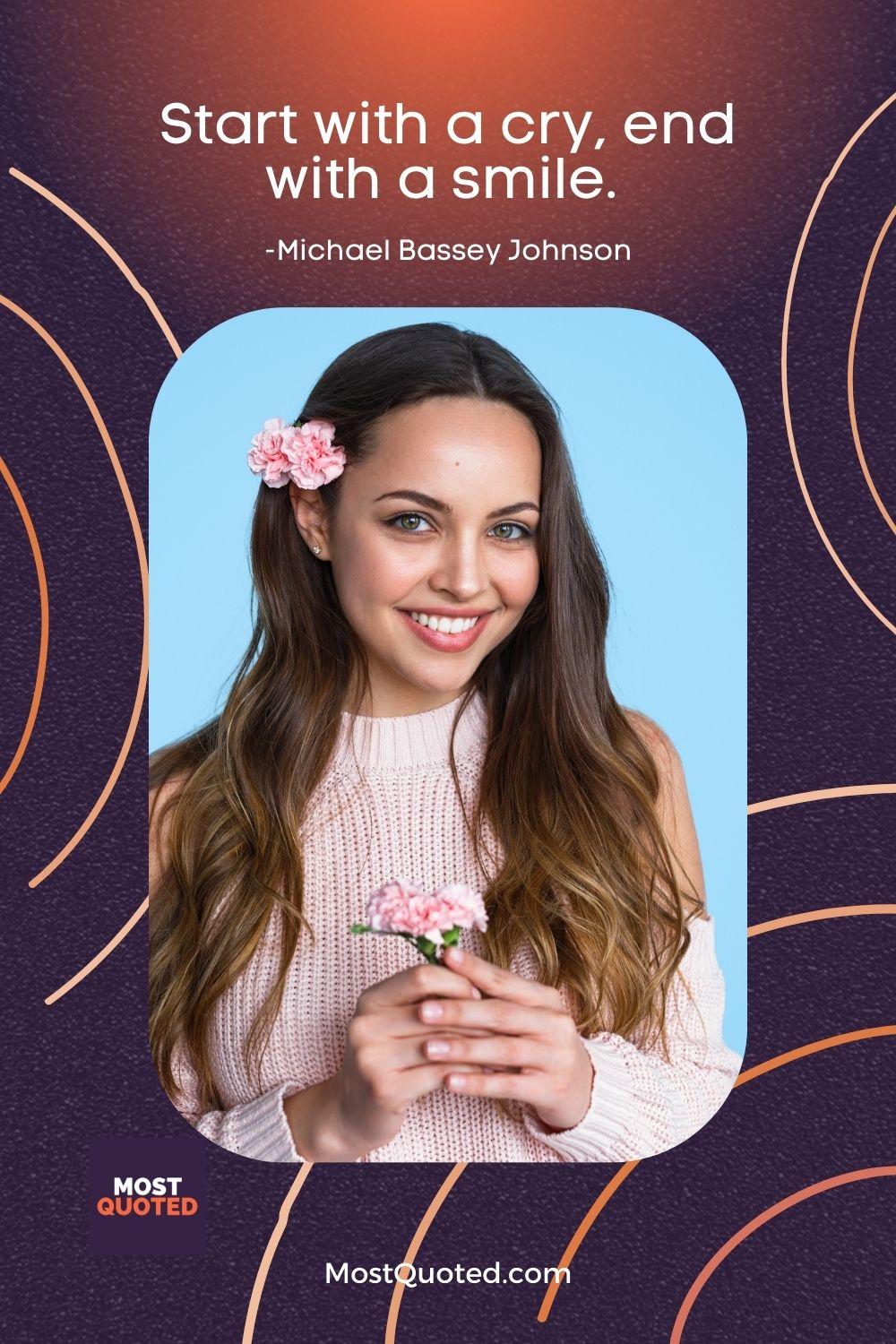 There are no secrets to success. It is the result of preparation, hard work, and learning from failure.

Destiny is for losers. It’s just a stupid excuse to wait for things to happen instead of making them happen.

Work hard, be kind, and amazing things will happen.

This is the real secret of life – to be completely engaged with what you are doing in the here and now. And instead of calling it work, realize it is play.

God sells us all things at the price of labor. 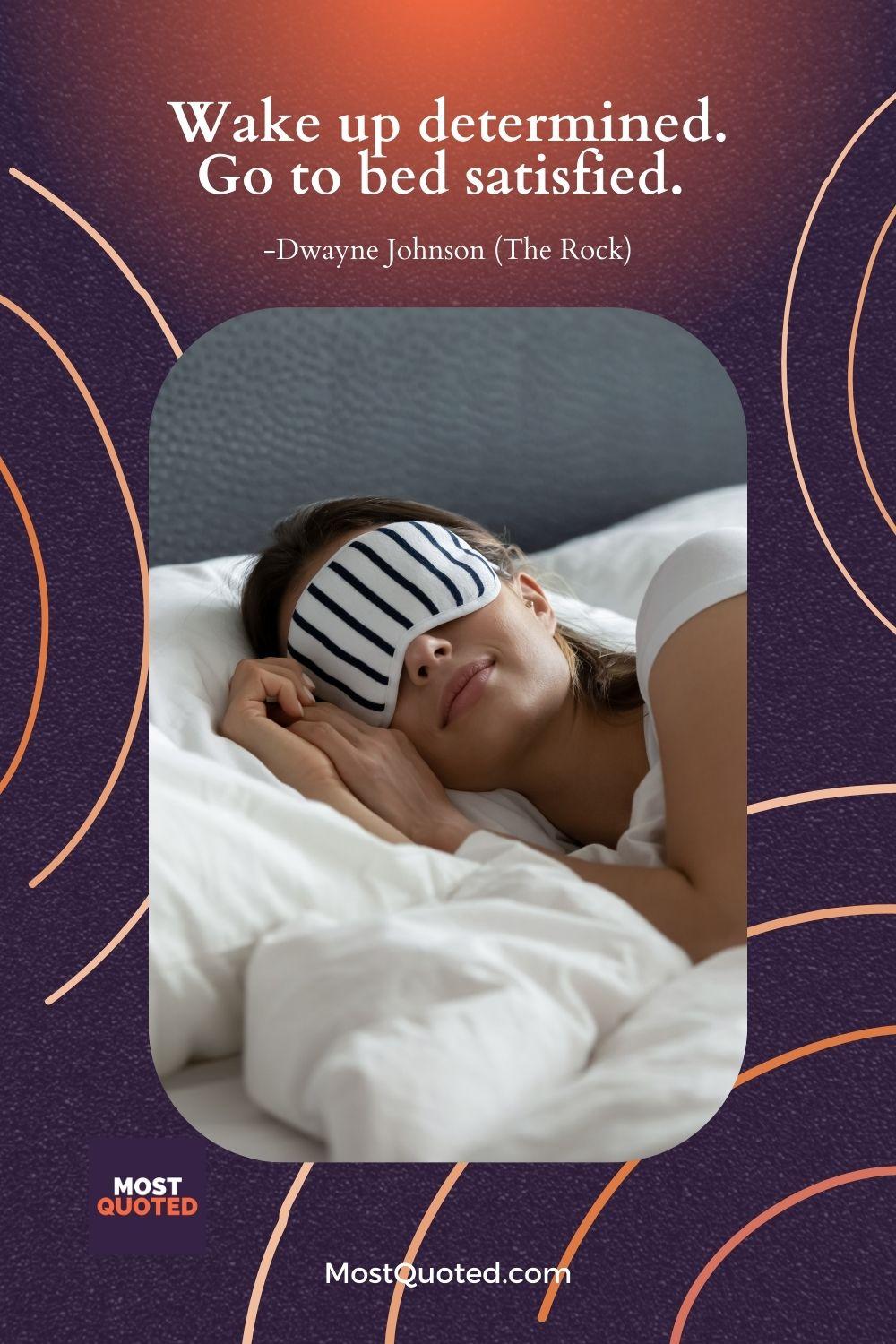 Everything you want is on the far side of hard work.

The wiser you get, the less you take yourself seriously, the more work looks like play.

Talent is cheaper than table salt. What separates the talented individual from the successful one is a lot of hard work.

Work hard, stay positive, and get up early. It’s the best part of the day.

Choose a job you love and you will never have to work a day in your life.

In order to master a field, you must love the subject and feel a profound connection to it. Your interest must transcend the field itself and border on the religious.

Everybody wants to be famous, but nobody wants to do the work. I live by that. You grind hard so you can play hard. At the end of the day, you put all the work in, and eventually it’ll pay off. It could be in a year, it could be in 30 years. Eventually, your hard work will pay off.

Inspiration is the windfall from hard work and focus.

It’s only a crazy dream until you do it. 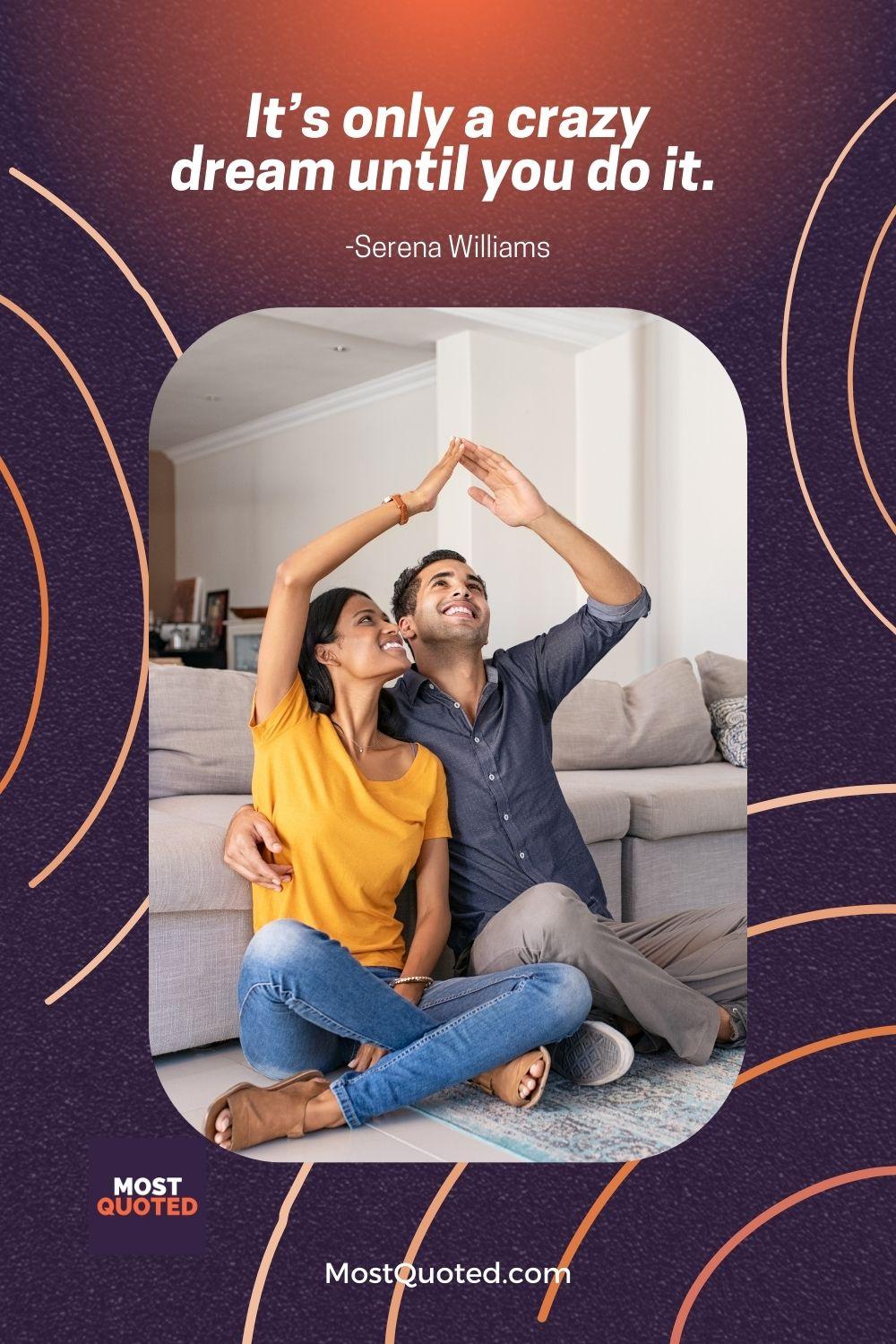 Baby steps are better than no steps at all. Keep going. You’ll get there.

Make each day your masterpiece. 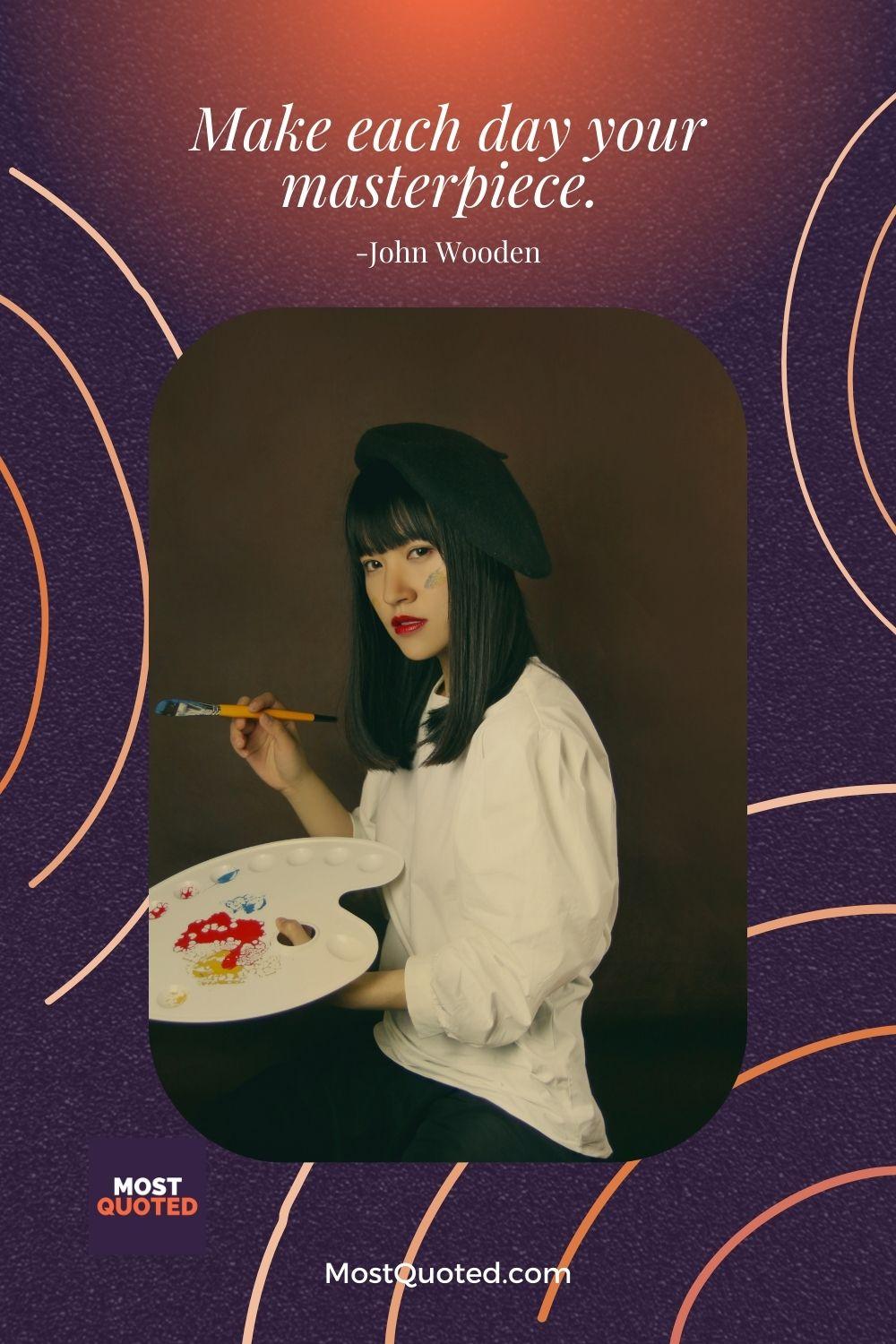 At dawn, when you have trouble getting out of bed, tell yourself: “I have to go to work — as a human being. What do I have to complain of, if I’m going to do what I was born for — the things I was brought into the world to do? Or is this what I was created for? To huddle under the blankets and stay warm?

There is no such thing as work-life balance. Everything worth fighting for unbalances your life.

It’s hard to beat a person who never gives up.

A good idea is about ten percent and implementation and hard work, and luck is 90 percent.

Work incessantly, but be not attached to it. 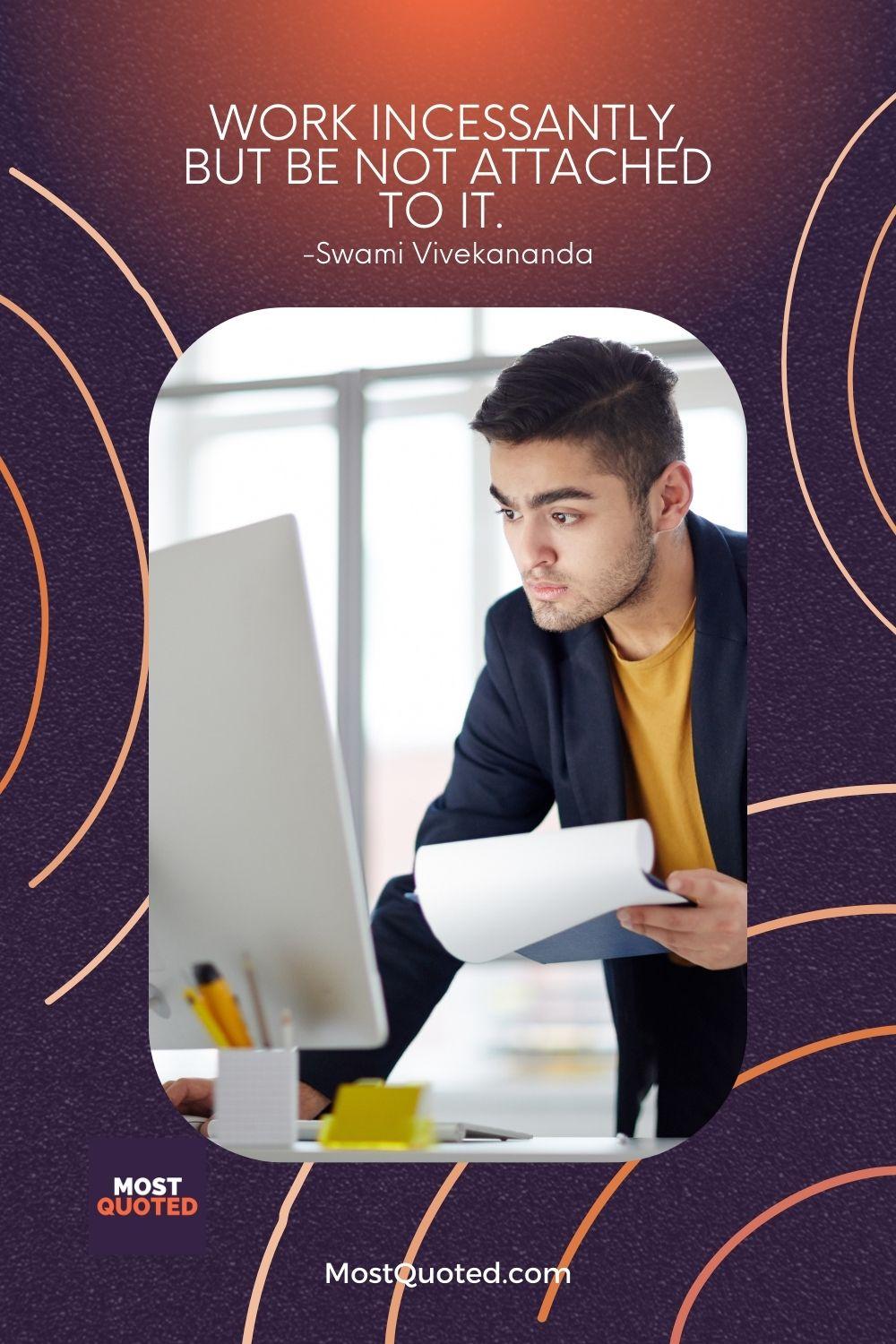 Hard work does pay off.

Have a healthy disregard for the impossible and actually build new solutions.

To achieve what 1% of the world’s population has, you must be willing to do what only 1% dares to do.

The difference between greed and ambition is a greedy person desires things he isn’t prepared to work for. – Habeeb Akande

The difference between try and triumph is just a little umph! – Marvin Phillips

No one understands and appreciates the American Dream of hard work leading to material rewards better than a non-American. – Anthony Bourdain

All growth depends upon activity. There is no development physically or intellectually without effort, and effort means work. – Calvin Coolidge

Most Quoted is the home of sayings, words of wisdom and quotes from the most quoted philosophers, writers, artists and thinkers. In addition to this collection of Hard Work Quotes, you will find hundreds of other quotes lists and collections on this site.