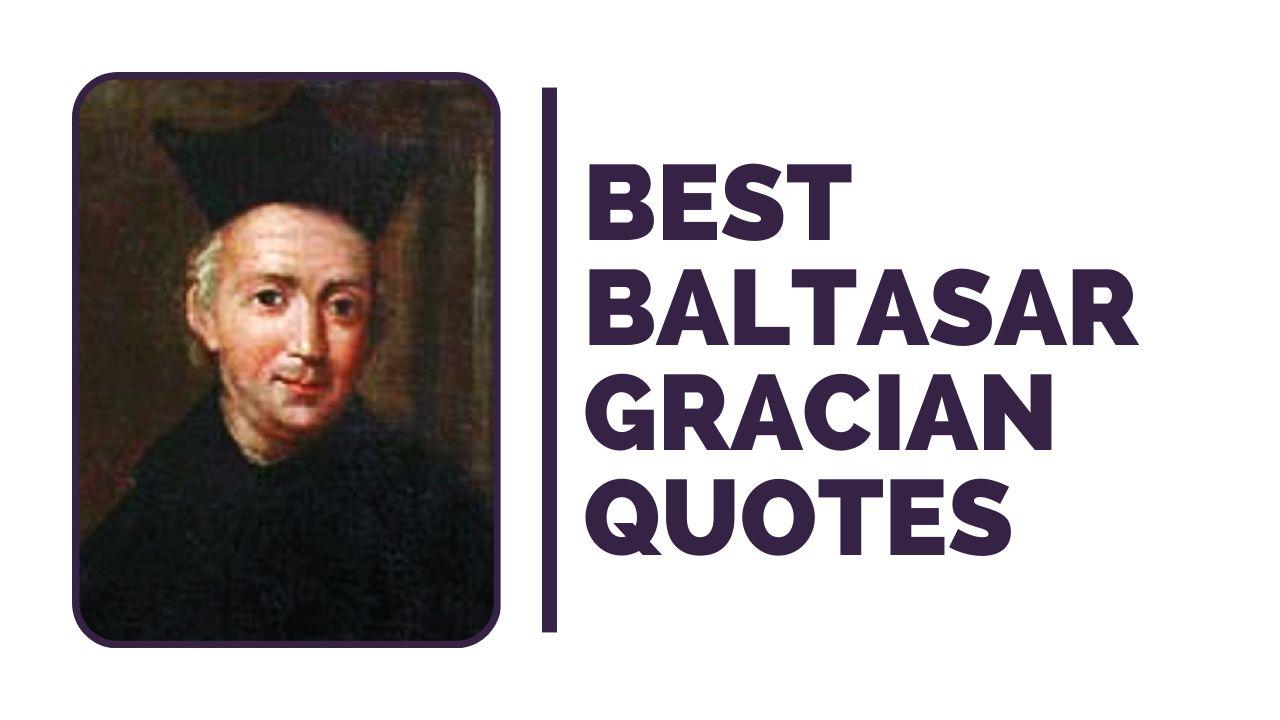 A collection of the most quoted and insightful maxims and thoughts from Baltasar Gracian, many of which are from his book The Art Of Worldly Wisdom.

Baltasar Gracian was a Spanish philosopher who lived in the 1600s. He is best known for his book “The Art of Worldly Wisdom,” which is still read by many people today.

While he is not as well-known as some other philosophers, his ideas are still very influential. Baltasar Gracian’s philosophy is based on the idea that humans are imperfect beings who must learn to make the best of their situation. He believed that wisdom comes from understanding oneself and one’s limitations.

The Art of Worldly Wisdom

“The Art of Worldly Wisdom” by Baltasar Gracian is a collection of maxims and advice on how to live successfully in society. The book was first published in 1647 and quickly became popular among Europe’s elite.

In fact, it is still read by many people today! Some of Baltasar Gracian’s most famous advice includes “be as moderate in your successes as you are in your failures” and “know how to conceal your wisdom.”

His maxims offer advice on how to navigate the world without getting caught up in its illusions and pitfalls. As with all the most quoted philosophers and thinkers, his words of wisdom still have meaning centuries later. Here’s some of the most insightful Baltasar Gracian quotes.

Self-reflection is the school of wisdom

“True friendship multiplies the good in life and divides its evils. Strive to have friends, for life without friends is like life on a desert island… To find one real friend in a lifetime is a good fortune; to keep him is a blessing.”

Never open the door to a lesser evil, for other and greater ones invariably slink in after it.

Dreams will get you nowhere, a good kick in the pants will take you a long way

Good things, when short, are twice as good.

Always act as if you were seen.

Never do anything when you are in a temper, for you will do everything wrong.

The greatest service you can render someone else is helping him help himself.

Don’t express your ideas too clearly. Most people think little of what they understand, and venerate what they do not.

Put a grain of boldness into everything you do.

Don’t take the wrong side of an argument just because your opponent has taken the right side.

Friendship multiplies the good of life and divides the evil.

At twenty a man is a peacock, at thirty a lion, at forty a camel, at fifty a serpent, at sixty a dog, at seventy an ape, at eighty a nothing at all.

Respect yourself if you would have others respect you.

Know or listen to those who know.

A single lie destroys a whole reputation for integrity.

When you counsel someone, you should appear to be reminding him of something he had forgotten, not of the light he was unable to see.

Always leave something to wish for; otherwise you will be miserable from your very happiness.

To overvalue something is a form of lying.

Words are feminine; deeds are masculine.

Life is a warfare against the malice of others.

It is a great piece of skill to know how to guide your luck even while waiting for it.

Put yourself on view. This brings your talents to light.

Better mad with the rest of the world than wise alone.

The wise person would rather see others needing him than thanking him.

The wise does at once what the fool does at last.

Hurry is the weakness of fools.

Never have a companion that casts you in the shade.

Never compete with a man who has nothing to lose.

The path to greatness is along with others.

Wise men appreciate all men, for they see the good in each and know how hard it is to make anything good.

Hope is a great falsifier. Let good judgment keep it in check.

I strive to be brief, and I become obscure.

Let the first impulse pass, wait for the second.

The things we remember best are those better forgotten.

It is better to sleep on things beforehand than lie awake about them afterward.

Know how to ask favors. There is nothing more difficult for some people, nor for others, easier.

There’s no greater absurdity than taking everything seriously.

The right kind of leisure is better than the wrong kind of work.

Be open to suggestion, no one is so perfect that would not need advice from time to time.

Not believing others implies that you yourself are deceitful. The liar suffers twice: he neither believes nor is believed.

Better to be cheated by the price than by the merchandise.

The one rule for pleasing: whet the appetite, keep people hungry.

Though he is not well-known today, Baltasar Gracian was once one of the most respected thinkers of his time. His book “The Art of Worldly Wisdom” is still read by many people today thanks to its timeless advice on how to live successfully in society. So next time you need some sage advice, remember Baltasar Gracian—the Spanish Jesuit priest who knew a thing or two about worldly wisdom!

Did you enjoy these Baltasar Gracián quotes? Here’s a few more maxims, quotes, and thought collections from some of the world’s finest thinkers:

Most Quoted is the home of sayings, words of wisdom and quotes from the most quoted philosophers, writers, artists and thinkers. In addition to this collection of Baltasar Gracian quotes, you will find hundreds of other quotes lists and collections on this site.